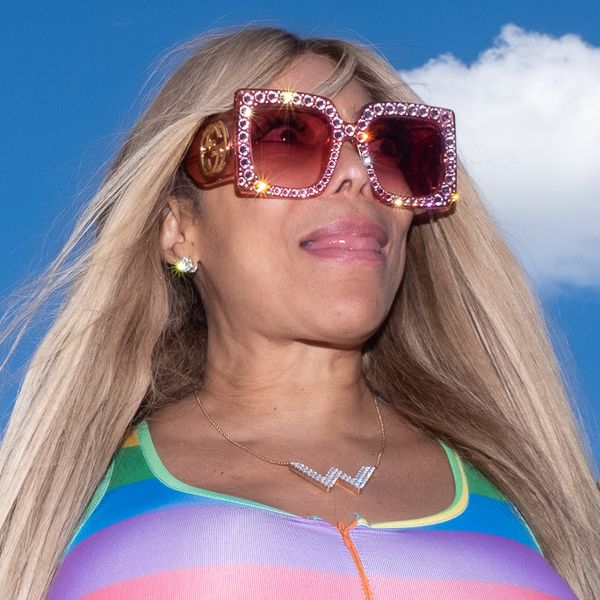 For the final day of Pride Month 2019, several million extra bodies squeezed into Manhattan to celebrate World Pride and 50 years since the Stonewall Riots that sparked the LGBTQ movement. And also, to have a fucking huge party about it.

Floats trickled down 5th Avenue to 8th Street, past the Stonewall Monument and back up 7th Ave, for eight hours. The floats varied in shapes, size, and theme, from the all-white and glitter float ridden by the angels of Susi Villa (NYC's only trans club), to a rainbow float with rainbow jumpsuit-clad Wendy Williams sitting up top with her bodyguard. Although the corporate takeover of Pride was widely discussed in the lead up to the parade, with floats branded with the names of some of the biggest corporations in the world, neither the crowd, nor the dancing proud folk atop them, seemed to care. This was a day for celebration. (The independent Queer Liberation March held an alternative space to corporatized and policed Pride).

The parties weren't only along the parade route; thousands of revelers filled every corner of the surrounding streets. Perhaps the highlight of said parties were the group of about one hundred teenagers walking around with their own sound system, stopping to have a twerk-off every 30 feet. Also partying hard were Jon and Dave, a couple who had flown in from LA for the parade and could have been identical twins. People from all walks of life came out to celebrate and it was a truly beautiful day as people smiled, whooped with joy at their favorite floats and drank nutcrackers like they were water.

The sun started to set, parade-goers boarded trains home and the Leather Daddies float trundled down the final blocks of the parade. This was the biggest Pride Parade to date, and one of the biggest LGBTQIA+ gatherings in the world. The spirit of Stonewall is alive in the heart of NYC.