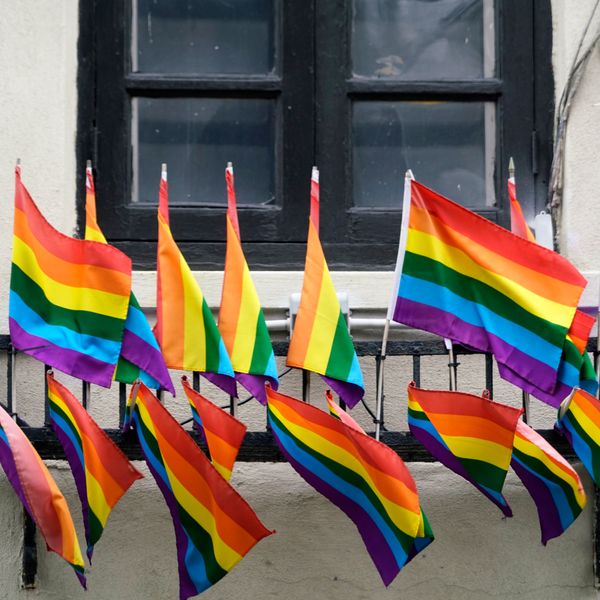 Put Your Harnesses Away, NYC Pride Is Canceled

Well, it happened — the official lineup of New York City Pride 2020 events for June 14-28 has been canceled due to the outbreak of COVID-19 throughout the United States. Janelle Monáe had been previously announced as a headliner.

After extensive speculation about NYC's ability to host the extravagant roster of crowd-centric LGBTQ+ events in light of the coronavirus, an official announcement from Heritage of Pride and the City of New York finally came today with a definitive decision: it's a no.

Due to "the collective concern for the overall safety of the community," NYC Pride 2020 won't be happening as planned in any of its prior formats or iterations.

That means no circuit partying for the muscle queens, no stage diving for the drag performers, and no float dancing for the families. While many are mourning the loss of the beloved event online, especially only a year after the city hosted the massive World Pride, there's a glimmer of hope to the official statement. There might not be any spectacular in-person get-togethers or a packed parade, but it seems the organizations behind NYC Pride still have something up their sleeves for the summer months.

NYC Pride will participate in the virtual Global Pride event that was announced back in the beginning of April. Heritage of Pride's official involvement in the event has not yet been outlined, and specifics still unannounced — but if one thing's for sure, it's that New Yorkers will find a way to celebrate some of the city's most cherished festivities together. Queer nightlife is already finding a way to cope with the new normal of partying on Zoom, and drag performers are working hard to keep the show going online.

Whatever the format, NYC Pride will surely live on.