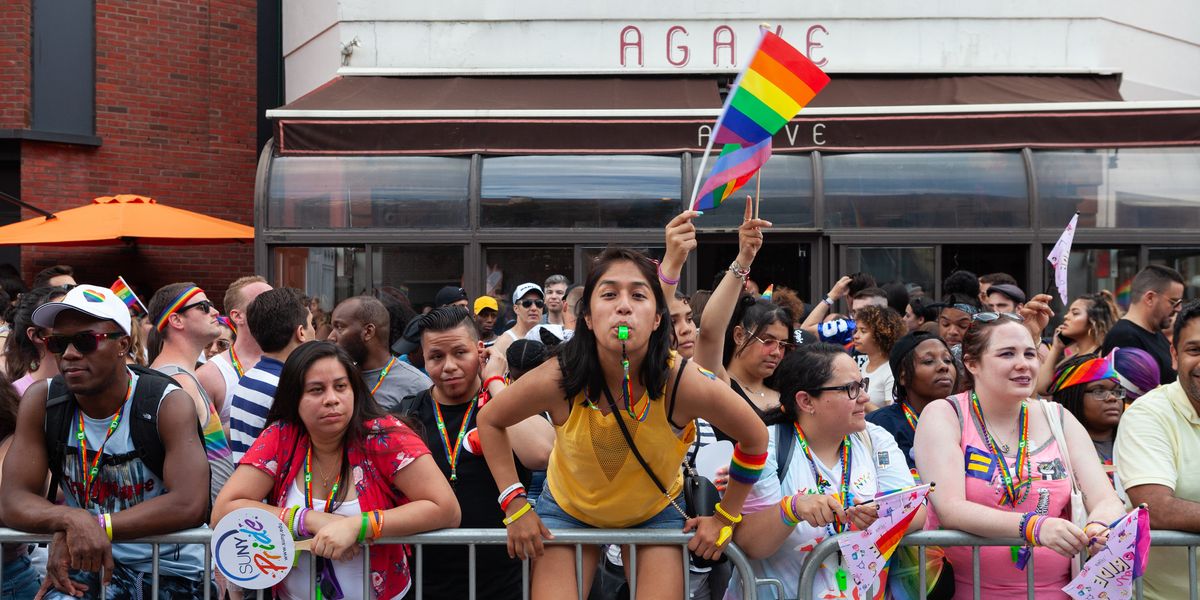 75 Photos From the NYC Pride March

This year's NYC Pride March — shortened to The March, as it's being called these days — was as usual, a festive and glorious event celebrating members, leaders, and allies of the LGBTQIA+ communities.

However, what is always worth noting about Pride Month, but specifically The March, is, even with its celebratory tone, it powerfully captures the year's political and cultural zeitgeist, though recent years have seen an increase in types of corporate sponsorship. It's a move forever indebted to the March's origins of the Stonewall Riots of 1969, when black trans women led a multicultural standoff against police that ignited and united the community.

This year has seen the Trump Administration cracking down on immigration policy, gun violence and regulation, reproductive rights, and LGBTQ discrimination laws, often to divisive results that have garnered nationwide protests resisting the policy changes. On immigration, the administration has empowered Immigration and Customs Enforcement (ICE) under the Department of Homeland Security to detain thousands of migrant children at border detention centers. On reproductive rights, the administration has, among other things, threatened to repeal Title X, the family-planning program, including banning clinics from sharing physical space and financial resources with abortion providers. On gun violence, the administration has funded the NRA and promoted political officials with financial ties to the organization. On LGBTQ discrimination, the administration passed an HHS rule allowing health care workers to discriminate against LGBTQ people under the auspices of religious liberty.

To combat this accordingly, The March, totaling up to the millions of total participants, marchers, bystanders, etc, is a culmination of events and offshoots citywide that commemorate varying facets of queer identity, from Ladyfag's inaugural Ladyland Music Festival to The Brooklyn Ball, a benefit for Callen-Lorde hosted by Untitled Queen. Additionally, the March itself featured activism initiatives from ranging from fringe groups such as Gays Against Guns and Thank God For Abortion, to community-focused non-profits such as Gay Mens Health Crisis (GMHC) and Visual AIDS. No matter what ones personal or political affiliation is, The March remains a safe space for all to play and participate in.

Enjoy vibrant scenes from this year's March, above.