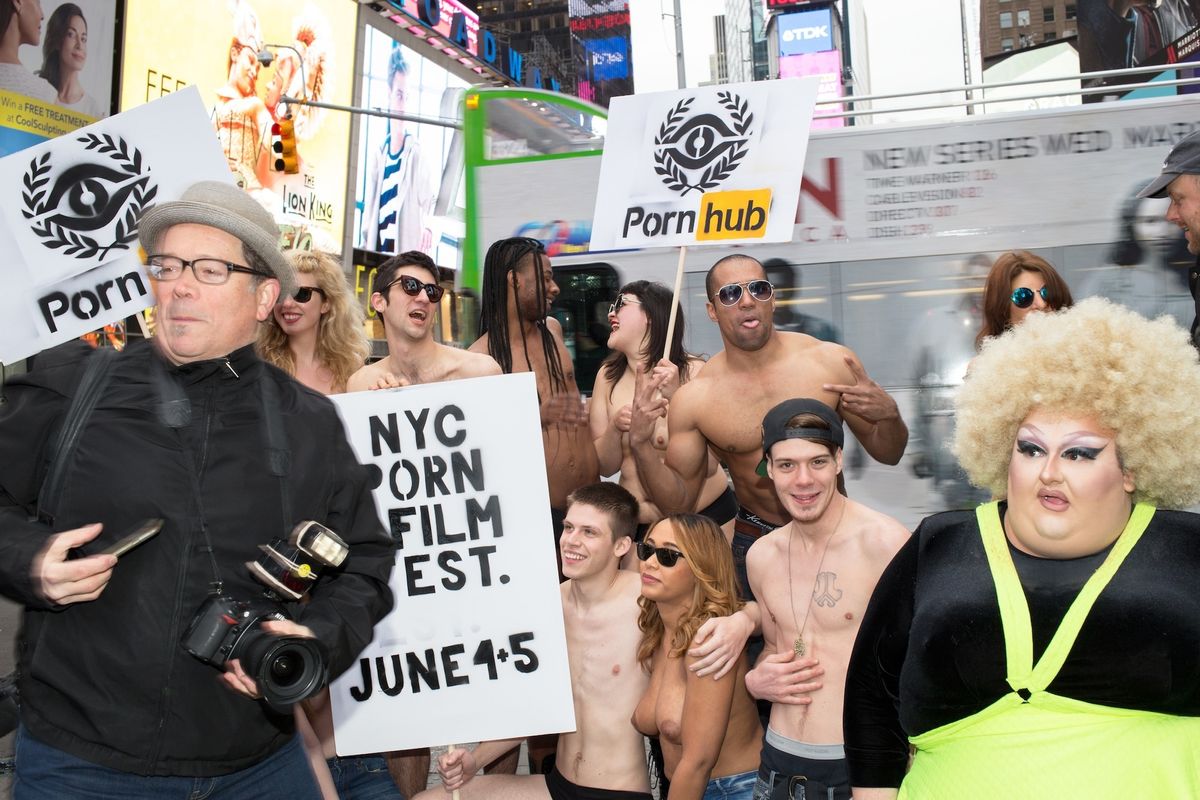 Twenty minutes? So when you were kinda reading the room's temperature, it wasn't uncomfortable at all?


SL: No! Well I think it was for a few people. Some guy left and puked -- like he couldn't handle it. [But it wasn't like gross, lewd people or anything]. The only person to get thrown out was a woman, for getting fucked in the booth at the back. It was just an interesting climate of people that were kind of there for different reasons.

Well I feel like if you were coming to jerk off, that's kind of a fundamental misunderstanding of what your mission was.

SL: Yeah, for sure. But I definitely was also interested in bringing [together] totally different parts of society that don't usually sit together...

Okay. So, then this year's programming is pretty insane, but if you were to pick a couple, what are you most excited for?

What other sort of multimedia installations are a part of the festival this year?

What would you say you learned from last year's inaugural event?


SL: Last year's was literally thrown together out of boredom. So basically just [the need to] organize this one better--and there will definitely be more scandal. That's what I've wanted us to do.


SL: Oh my God, that was so stressful. [I obtained the film originally from] my friend who was like, "Oh check out this film. She doesn't own any of the rights of this film." And I was like, "Yeah, as if we give celebrities the right to their own image." So then I asked the production company [if we could screen it] and the production company [said] "Yes!"...[But it wasn't cleared by Cyrus's team]. So I was getting on a plane to Tokyo and when I landed, it was literally a fucking shit storm -- I had her agent screaming down the phone at me, "What's happened?"

Watching the film, it wasn't that crazy.

What you are doing is kind of like an art film festival.

Speaking of the Miley incident, that whole thing spurred a lot of criticism. What would you say to the people who say the second year is just another exercise in gimmick marketing?

I know that last year a couple of protesters decided to show up as well.

SL: Yeah, that was great!

SL: Well, it was. I didn't heckle them. I freaked out because they brought shitloads of police. The police loved it [though]. And the protestors were good! I mean, the festival began a conversation. And it's really all about exploration, and if people feel the need to protest then they should and have the right to do so -- and join in on the conversation.