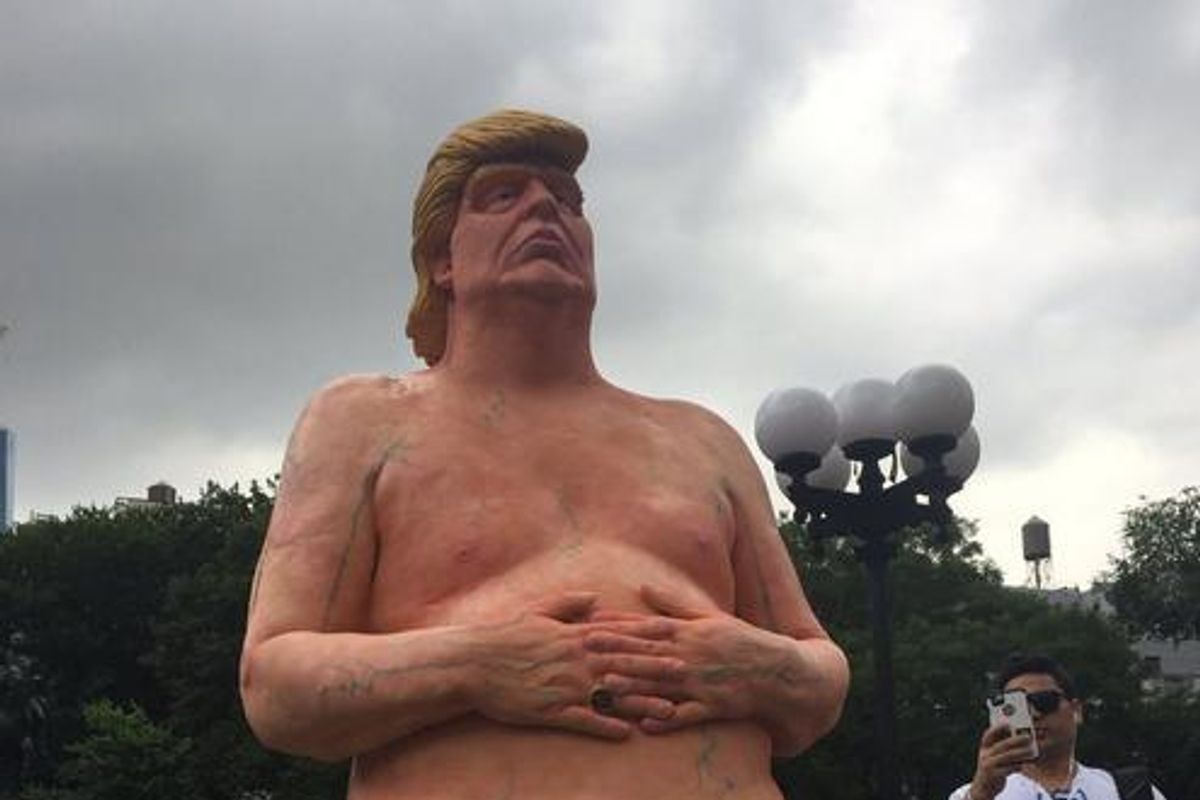 Manhattan's Union Square was mesmerized today at the arrival of a nude Donald Trump sculpture, perched at the south end of the park, in all his orangey, micro-peened glory.

Part of a piece called "The Emperor Has No Clothes," by the artist Ginger, the statue is meant to symbolize the blubbery fragility of Trump, stripped of his clothing and arrogance.

A nice contrast to the (probable) statues of Trump that will be put up in every town/city in the country if he wins in November.

The statue was promptly removed after crowds began flocking to snap selfies with it:

The department, in an email to Wall Street Journal writer Josh Dawsey, gave this truly scathing and gorgeous explanation for their dismantling of the nude Don-Don.