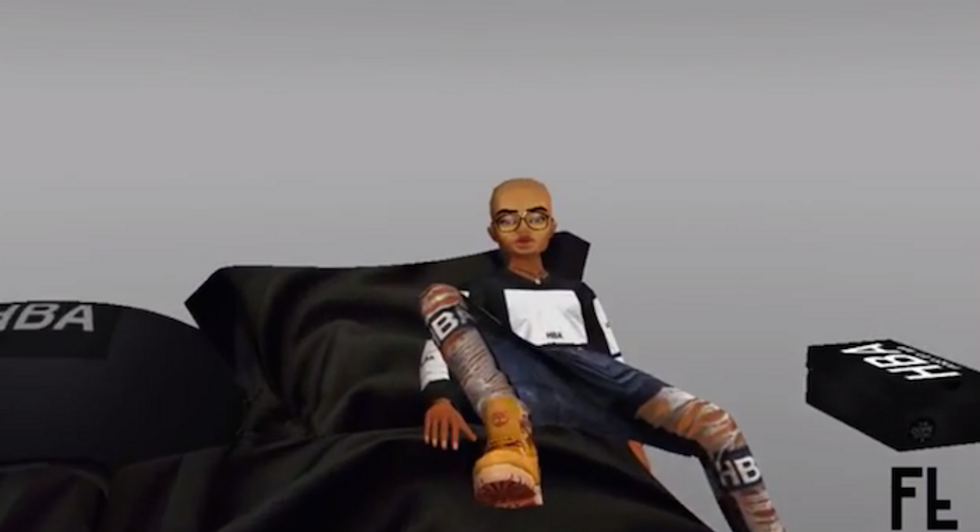 By Sandra Song
PAPERMAG
New York-based rapper F. Virtue's new 3D video for "Orange Juice" is pretty much a VFiles fantasy come to life.
Featuring cameos from the likes of Mike the Ruler and Hood By Air's Shayne Oliver, the surreal Paolo Forchetti-directed visual addresses the all too real danger of NYC's "whirlpool culture" -- where things end up being more about name-drop networking than art itself.
Brimming with Nasir Mazar one-pieces, Moschino head-to-toe, HBA necklaces and a few too many fuccbois, there's a question of what exactly is real in this virtual world of influencers and arbiters of cool.
After all, it is song about "an artist who started out real, but lost themselves in the fantasy" -- a
relatable feeling for anyone who's spent a significant amount of time brushing elbows in New York -- or as I like to call it, the smallest city of 8 million.
Watch the video below.
You May Also Like
Music