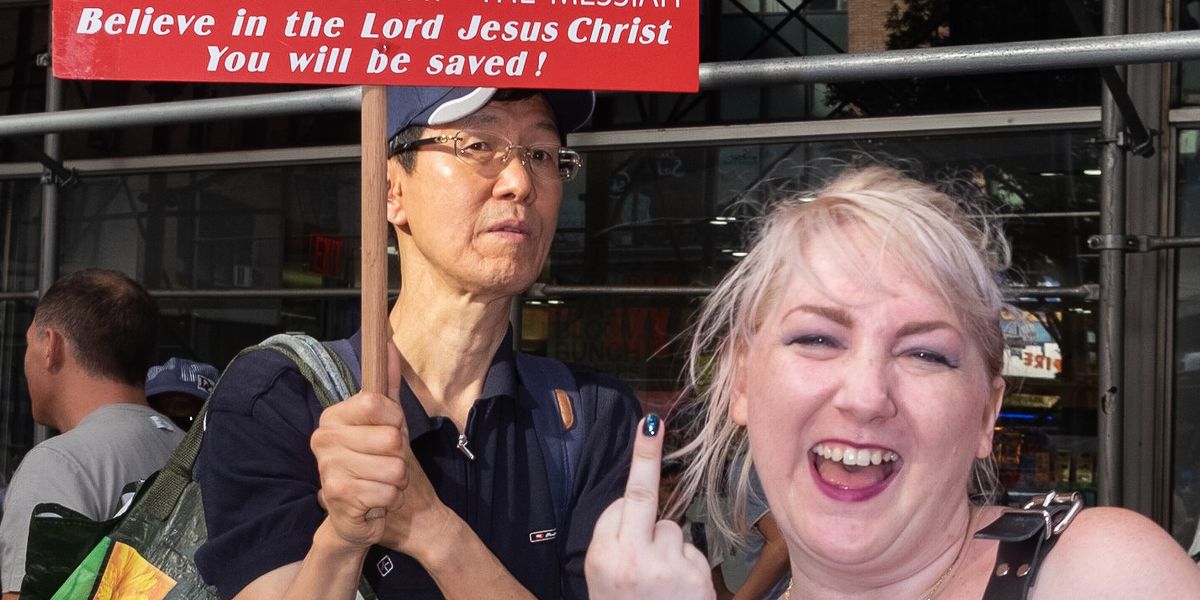 15 Photos From the NYC Dyke March

All over the world but in New York City in particular, the final weekend of Pride month culminates in massive celebration, with the flagship event being the Pride Parade. A weekend of endless parties and activations, both corporate sponsored and not, make for a full schedule of fun. However, the origins of Pride Month were not a celebration, but a riot: a day in history where a group of people (led by trans women of color) took a stand against their oppressors and said enough is enough.

It's within this framework of resistance that the New York City Dyke March fits in. "This is a protest march, not a parade," the annual event's official site declares. On Saturday, June 29, thousands of self-identified "Dykes" of all backgrounds gathered at Bryant Park. As rain began to fall, spirits were only reinvigorated as the march down 5th Avenue to Washington Square Park started. Volunteer marshals blocked off streets forming hand holding daisy-chains, creating a metaphorical and literal safe space for the marchers. There was chanting, there was screaming and there were drums banging. The Dykes made their presence known, claiming space in a society that often tries to shut them out.

As we made our way downtown, religious protestors dotted the parade route, but this march was not about being silenced. This march was about bringing the community together and saying fuck you to not only those people, but to anyone who feels entitled to commenting, oppressing and stigmatizing anyone different. The march was defiant, it was triumphant and it was proud.

When the masses arrived at Washington Square Park, the protest turned into a celebration. While "Girls Just Wanna Have Fun" echoed through the park, people danced, frolicked in the fountain, embraced one another, laughed with each other, and kissed with joy. The sun set that day upon a gathering of strong, powerful people who had been heard, seen, and truly left their mark on Pride Month 2019.