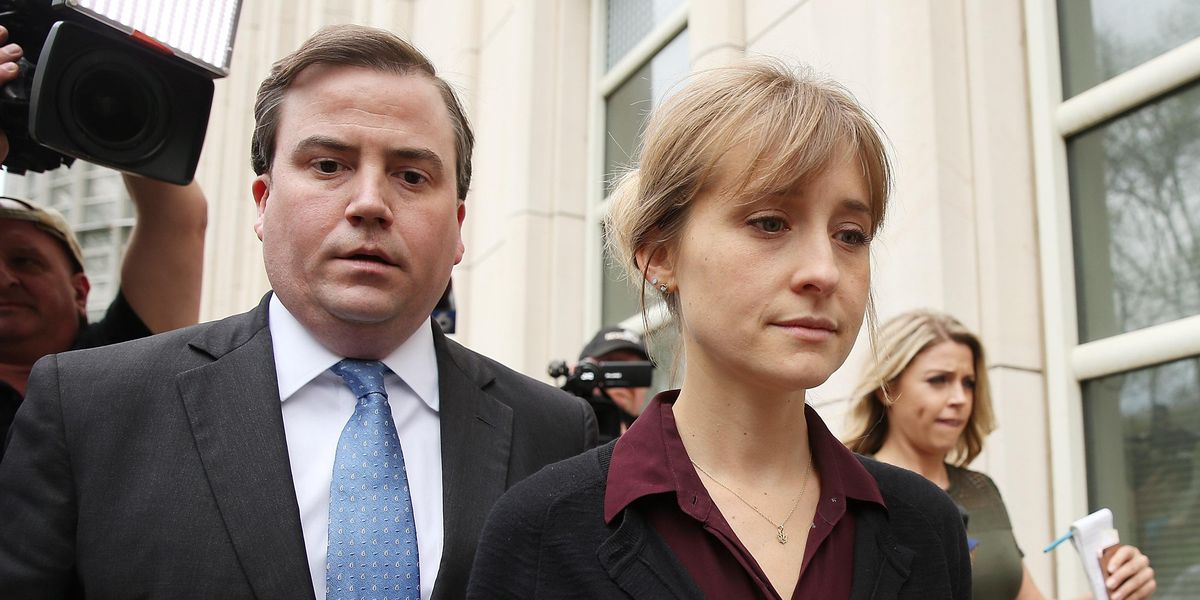 Allison Mack has been sentenced to three years in prison for her involvement with the NXIVM sex cult.

On Wednesday, U.S. District Judge Nicholas Garaufis delivered the sentence, which also carries a $20,000 fine and an additional three years of supervised release. Previously, Mack plead guilty to racketeering and racketeering conspiracy charges in connection to her role within the sex cult.

Within the self-proclaimed "self-help" organization, Mack recruited women as sex slaves for NXIVM leader Keith Raniere as part of secret internal group called the DOS. Members of DOS were manipulated into giving Raniere nude photographs, having sex with him, amongst other things. They were also branded with Raniere and Mack's initials. Raniere was sentenced to 120 years in prison, while Seagrams heiress, Clare Bronfman, was given 7 years for bankrolling the operation.

In terms of Mack's sentence though, the Associated Press reported that initial sentencing guidelines recommended 14 to 17.5 years for her crimes. However, the former Smallville star — who was arrested in 2018 — reportedly received a much shorter sentence for aiding prosecutors in their investigation of Raniere. As such, her attorneys initially asked that she receive no prison time.

While addressing the court during her sentencing, Mack told Garaufis that she made "choices I will forever regret," before saying she was filled with "remorse and guilt."

"From the deepest part of my heart and soul, I am sorry," she said, echoing a statement from last Friday in which she apologized to the survivors for exposing them "to the nefarious and emotionally abusive schemes of a twisted man."

In response, Garaufis said on Wednesday that she still was Raniere's "willing and proactive ally" and deserved to be punished for utilizing her celebrity as an "essential accomplice to Raniere's monstrous crimes." However, he also said he believed her apology to be sincere and that he didn't "doubt that you were manipulated and also felt captive."

That said, as a survivor named Jessica Joan told the court during the sentencing, the actress was a "predator and an evil human being." And while Mack could "blame Keith all she wants," Joan said that she was still "a monster cut from the same cloth."