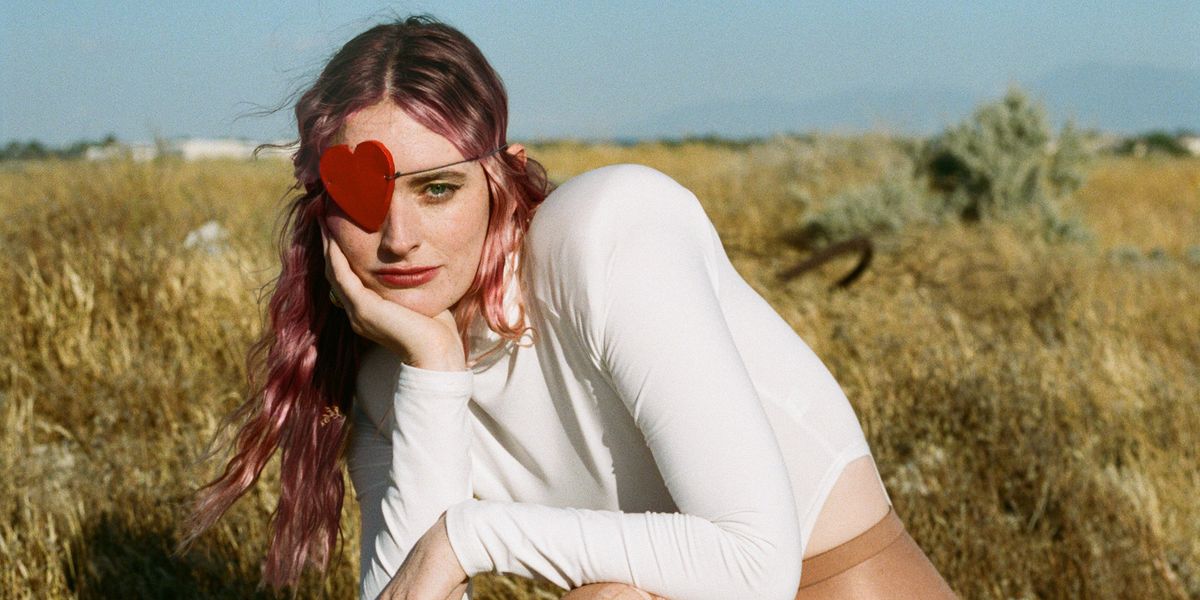 If Ariel Pink and Dua Lipa Had a Very Funny Child

From little to no money made through streaming to incessant gatekeepers and male-dominated scenes, the modern music industry can be pretty pathetic. That's why it's all the more fun when artists themselves poke fun at the whole thing.

Just ask Kate Hollowell, the witty, disdainful and utterly charismatic lead singer of LA-based punk band Slut Island, who is known by indie listeners as someone who keeps it real. Now, Hollowell has unearthed a new project under the name of Number One Popstar, with her first single, "Psycho," and a lovable, ever-so-peculiar visual.

In the music video for "Psycho," premiering today on PAPER, Hollowell rides a hoverboard through a cookie cutter suburb while flaunting an oversized white trench coat (a la David Byrne), a matching bodysuit and a heart-shaped eyepatch to complete the outlandish look.

Her energy can be heard through the epic '80s synth-pop jam about questionable ways to regain control after a breakup (such as literally refusing to let someone go). On "Psycho," Hollowell takes it a bit too far, from going through her subject's phone to knowing their whereabouts — but that's what makes it so funny.

This, Hollowell says, was her ultimate goal: "I basically wanted to create a project that sounded like Ariel Pink and Dua Lipa had a child who also wanted to be a comedian when they grow up," she says.

"I'm a fucking psycho/ I'm never going to leave you alone," Hollowell sings, letting her subject know that her ghost will "follow them," and that they aren't breaking up with her, but rather, she's dumping them. Hollowell's sugary vocals ping-pong off synthesizers, making for an incredibly addictive pop melody.

Hollowell's lyrics have always been her strength in past musical projects, which in turn inspired the birth of Number One Popstar. While playing with Slut Island and calling out music industry bullshit, Hollowell first noticed the overwhelming praise from fans whenever she did so.

"We would open for these bigger bands and you'd see the lead singer taking themselves so seriously, so focused on playing this 'cool indie-artist' role, then we'd roll out playing half as good but just having fun and doing it for ourselves," she says. "You could sense people in the audience really connecting with that carefree energy, so I thought, What if I can bring that same energy to pop music?"

Hollowell, who has also directed music videos for artists like SASAMI and Katy Perry, says that the visual idea for "Psycho" came before it was actually penned. "Coming from a visual background of photography and directing, I basically started making music with the visuals already in mind, she says. "In a sense, I reverse engineer songs starting with a visual and then slowly build a song around it."