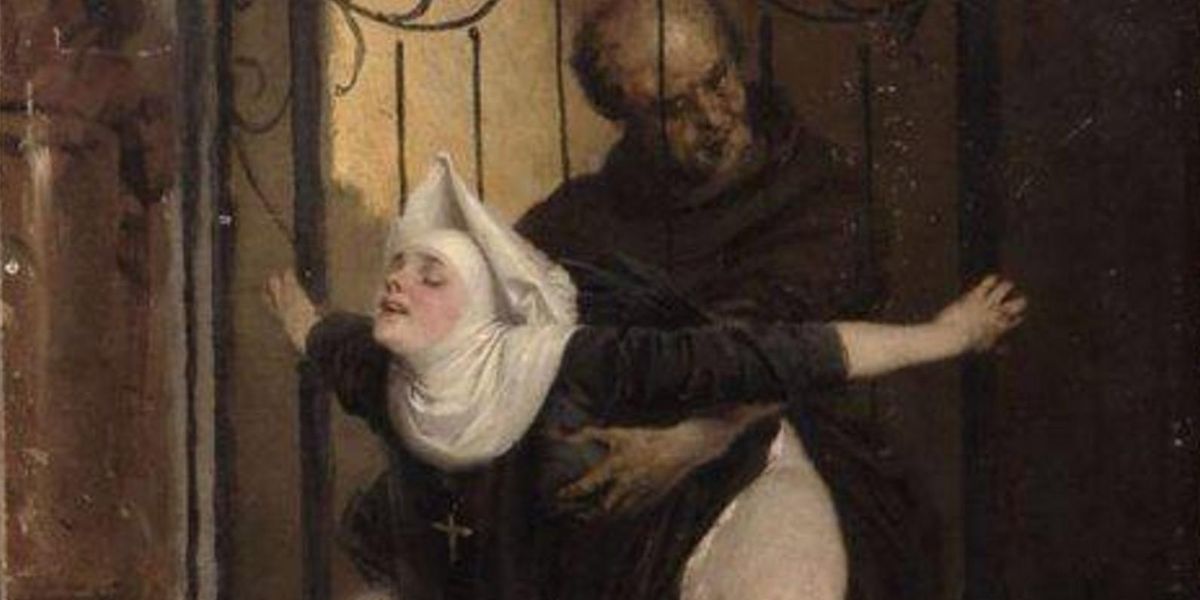 Granted, the 19th century German artist's most well-cited work is a retroactively painted picture of Marie Antoinette and he's known mainly as a Rococo-inspired artist, like at a time when all that gold, froofy excess was pretty outdated. So poor Heinrich obviously was a pretty, uh, imaginative fellow stifled by the constraints of Neoclassicism and Romanticism -- a fact proven by his pretty whatever day-job paintings as a genre painter:

So what's a guy to do? Well, take up pornography as a side job, obviously.

However, Heinrich's portfolio goes way deeper, with a ton of drawings featuring face-sitting, dick forests, Satan and more -- aka Tumblr Gold. Can you say new favorite ye olde artist? Peep a few more of his racy side sketches below -- and remember, it's all NSFW ;)