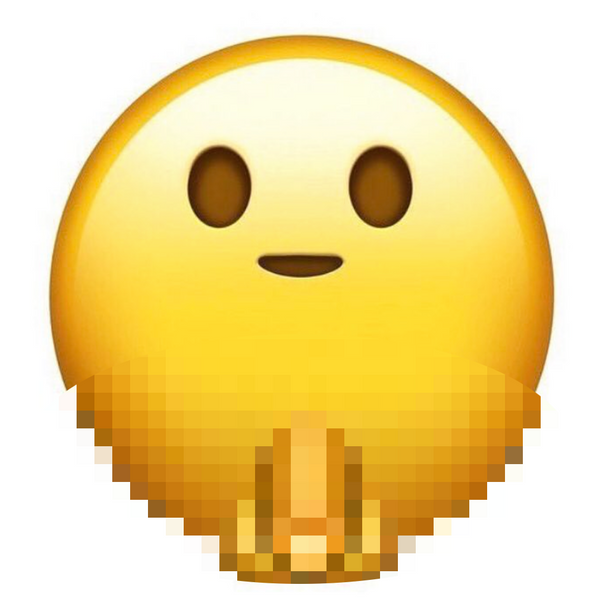 Who the F**k Is Responsible For These NSFW Emojis?

If you've been seeking refuge from the family gathering on Twitter as of late, you've likely scrolled past a few new emojis that'd get you grounded faster than having a bourbon-induced meltdown during Christmas dinner. That's right, we're talking about those simultaneously hilarious and horrible spate of NSFW emojis that seem to keep popping up on the timeline and don't appear to be leaving anytime soon.

Over the past week or so, bootleg emojis featuring an array of anatomically correct genitalia have begun popping up on the timeline. And while we can't pinpoint the emojis' origins with any certainty, what we can say is that over the holidays, a number of animated dicks and gaping holes have shown up in between more wholesome fare such as those L. L. Bean sweater dogs.

Perhaps, it says more about the kind of accounts that tend to flourish on the worldwide web, or maybe it points toward the kind of sexual frustration you experience while sleeping in your childhood bedroom. But either way, given the prevalence of these emojis on Twitter, we'd caution you to surf carefully, especially if you're in the presence of... literally anyone else.

That said, this isn't the first time sexually charged, NSFW emojis have taken over the Internet. Way back in 2014, Flirtmoji kicked up a verifiable media storm with their assortment of sext-friendly icons, which included blow-up dolls, butt plugs, and ball gags galore. Granted, this new class of dickmojis are even more graphic — relying on shock value that borders on the inane and ridiculous.

Needless to say, we've reached the definitive pinnacle of human communication, and I'm not really sure where we can go from here. But, hey, at least you can now follow up your group chat's dirty Christmas-themed copychain with a purple devil dick. Check out a few of the baffling creations, below.