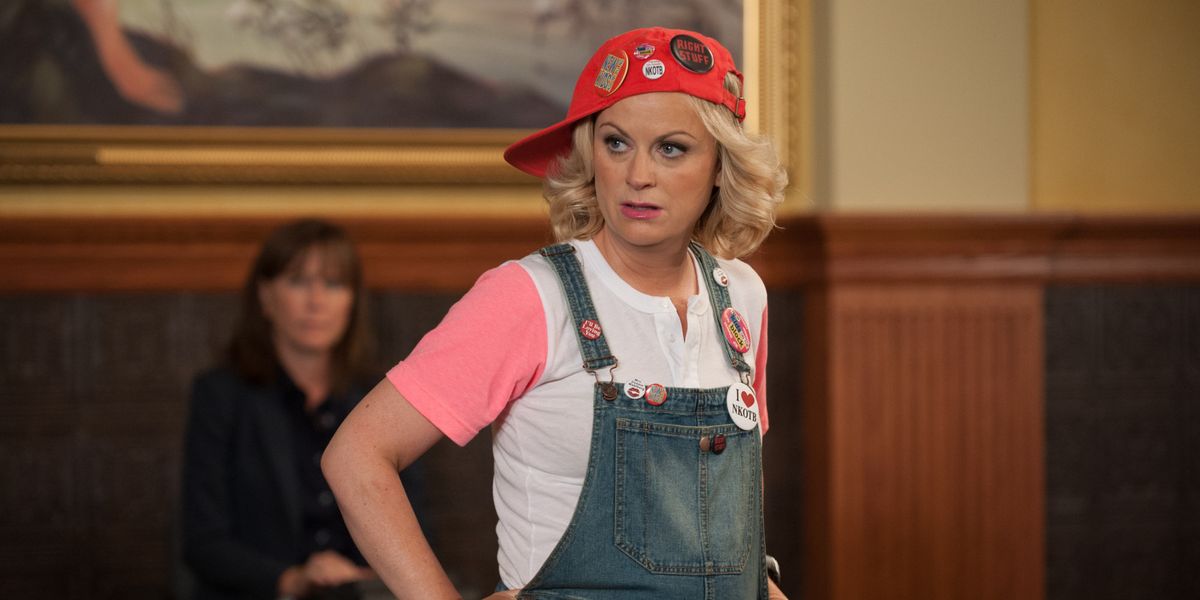 Tut, tut, NRA... don't you know appealing to youth through beloved characters in pop culture will not aid your quest to transform wayward liberals into gun-converts? Apparently not, because the organization, known for plying politicians with money to push their agenda, has just co-opted sweet Pawnee city councilman Leslie Knope of Parks & Recreation — and the cast was not having it.

Second amendment advocate and poster girl, NRA spokesperson Dana Loesch, has been steadily tweeting in the wake of the shooting at Marjory Stoneman Douglas High School in Parkland, Florida that the US needs stronger law enforcement — not gun control. The NRA responded by thanking Loesch with a Leslie Knope reaction GIF where she points and says, "Thank you."

Naturally Parks & Rec fans were enraged, but not more so then the cast and crew. Co-creator Michael Schur (who goes by Ken Tremendous on social media) kicked it off, coming in hot, "Amy isn't on Twitter, but she texted me a message: 'Can you tweet the NRA for me and tell them I said fuck off?'" He wrote.

Then came Nick Offerman, who portrays Ron Swanson, a fierce libertarian and strong gun advocate. Offerman was not here for any of it. At all. "Our good-hearted show and especially our Leslie Knope represent the opposite of your pro-slaughter agenda," he said.

[email protected] @DLoesch our good-hearted show and especially our Leslie Knope represent the opposite of your pro-slaughter a… https://t.co/nyvh00HQkn
— Nick Offerman (@Nick Offerman)1519282121.0

It's another no from Aubrey Plaza, A.K.A April Ludgate.

Keep Leslie Knope's name out of your damn mouths, gun-enthusiasts.