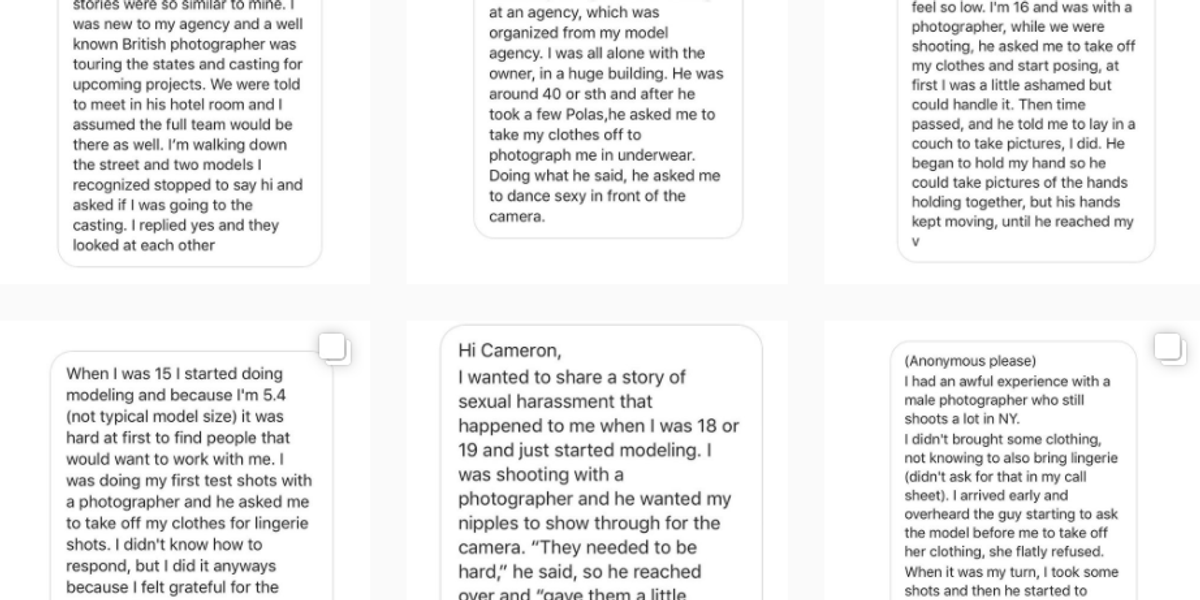 One of the common refrains we keep hearing in response to women coming forward to accuse Hollywood producer Harvey Weinstein of sexual harassment, assault and intimidation is that "it happens in every industry." Now, people in the fashion industry are putting weight behind those words and coming forward to share their stories of being sexually violated or harassed while on the job.

Yesterday, model and activist Cameron Russell, who calls herself the "anti-model," started the hashtag "MyJobShouldNotIncludeAbuse on Instagram and announced that she would post any direct messages she received under it. Given that Russell has over 77,000 followers, it's not surprising she's received a ton of messages, though the sheer volume of stories about harassment and abuse in the industry are still shocking.

She said that names will be redacted - for now, writing in an Instagram stories post: "There will be follow up meetings where we can explore ways to make at least some of the names public. There are many Weinsteins in our industry, they aren't hard to spot. If you know one, act now. Don't wait for 30 years for a New York Times exposé."

Russell also added in one caption: "PLEASE PRACTICE SELF CARE AND UNFOLLOW ME TODAY IF THESE POSTS ARE UNHEALTHY for you to interact with. I will continue to post content that contains graphic descriptions of the sexual harassment assault and violence that takes place within the fashion industry."