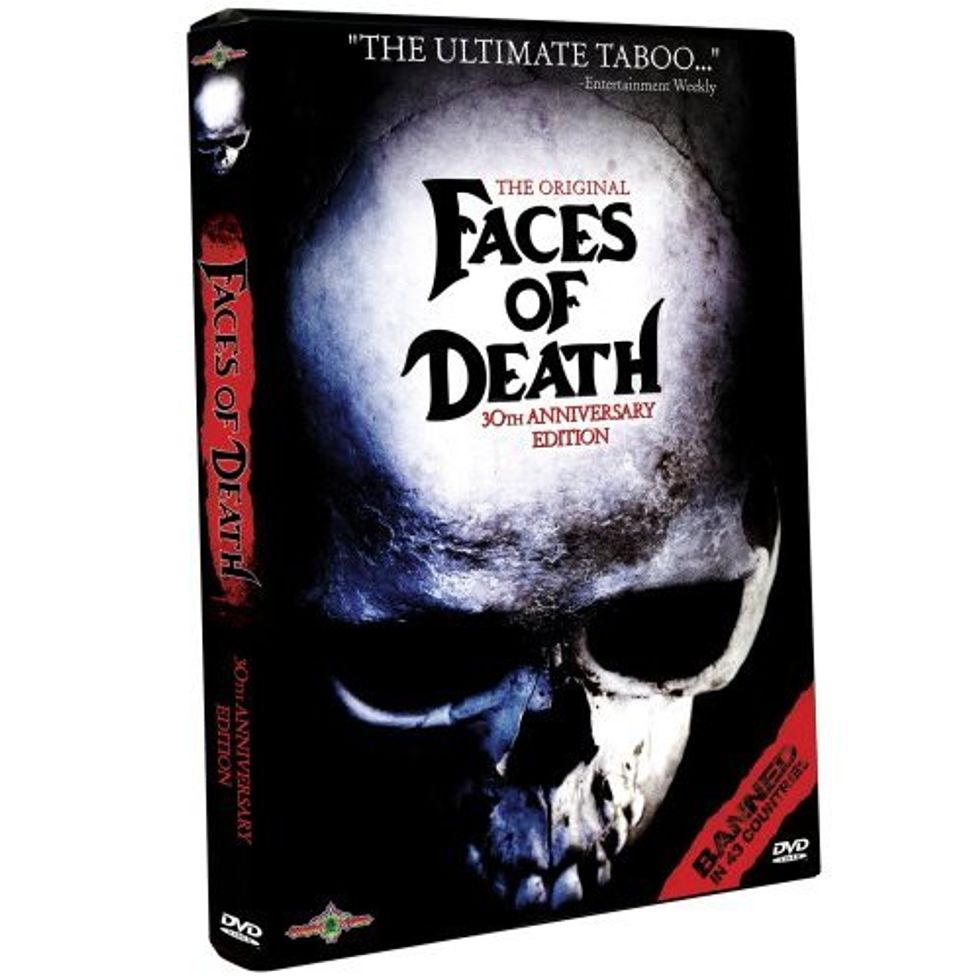 What can you possibly say to defend the notorious 1978 shockumentary Faces Of Death, which is being released on DVD as a “30th Anniversary Edition”? I remember seeing the movie on 42nd Street with a rowdy audience and when it began with shots of open-heart surgery and real morgue photos I thought to myself: “Oh Jesus, have I made a mistake!” But then a doctor in a bloody lab coat with a beard and glasses came on the screen and announced: “I’m Doctor Francis B. Gross. I work as a pathologist. And over the past 20 years I’ve compiled a library of the many faces of death...” That set me at ease when I realized it wasn’t going to be a serious snuffumentary. And on this DVD they admit Dr. Gross was actually a friend, Michael Carr, a director and sometimes actor, who seemed tickled when he was recognized on the street from the movie.

There's also commentary by director Conan LeCilaire and a bonus interview with editor Glenn Turner and FX creators Allan A. Apone and Douglas J. White in which they finally admit that while mixing in real hideous newsreel footage, a lot of the more salacious bits were faked -- the man eaten by an alligator, the guy who murdered his family and the infamous eating of a live monkey’s brain at a restaurant. The monkey’s trainer played the waiter, and the fake monkey brain was a carved cauliflower, which had turned slightly rancid so the actors expression of disgust when they nibbled was real. This mondo-type film spawned many sequels, but the original is still king and will make the perfect Christmas stocking-stuffer for a hated relative. (It’s also available on Blu-ray too...)