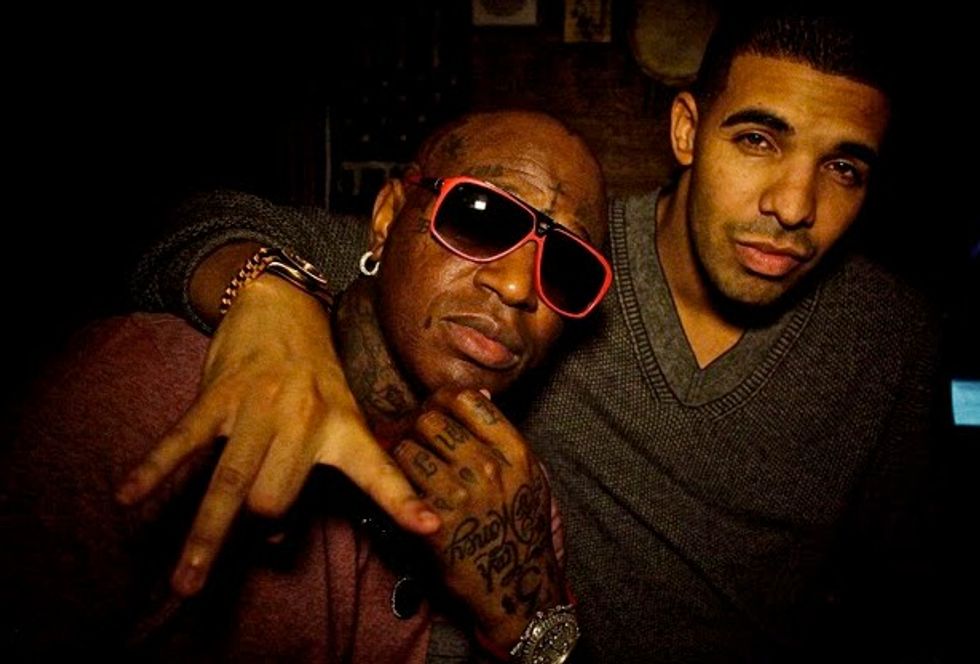 Noted Philosopher Drake Expounds On Why He Has No New Friends

by Eric Thurm
PAPERMAG
The tradeoffs of being Aubrey Graham, enormously successful rapper and walking meme, are myriad -- when one moves from being an actor to a rapper to a social media phenomenon to a global star, one ceases to be simply a human being, and instead must rely on the skills of a philosopher to survive and make sense of the world. Sometimes being Drake makes romantic connection difficult, forcing him to communicate primarily via voicemail. While he can provide for his family and represent his city (while providing its perspective on a global stage), he is estranged from those things by his levels of wealth and power. And, while he may occasionally be able to joyously skip through the 6 with his woes, he may not quite be able to attain on a consistent basis the level of emotionally fulfilling friendship envisioned by Aristotle in the Nicomachean Ethics. Such is the concern expressed in a new, possibly freestyled verse Drake performed in Detroit last night.

Original Video - More videos at TinyPic
Drake's "money, success, and accomplishments" prevent him from forming legitimately fulfilling bonds with other people -- it's true. (Take his relationship with an old friend, depicted in the picture above.) Still, as a philosopher of the highest caliber, Drake continues striving for friendships -- perhaps those ties of camaraderie are unimportant if they are not founded in an appreciation for who Drake -- in all his glory -- truly is, success and all. Perhaps these would have been, not only new friends, but also fake friends. In order to fully experience and have friendships, one suspects, Drake must know himself. [via Spin]