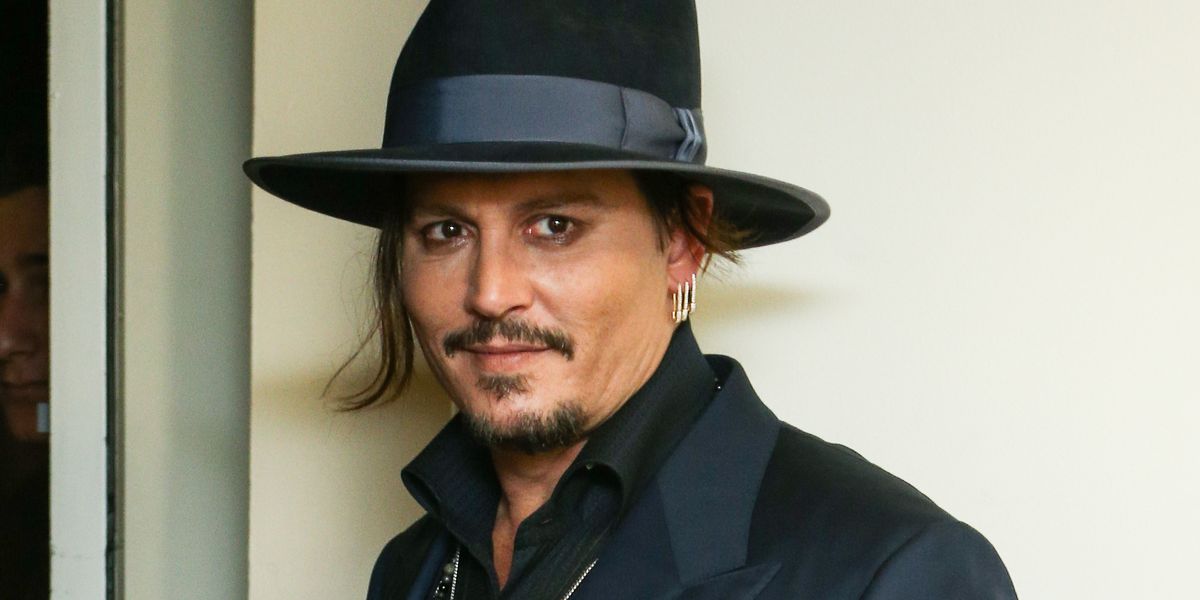 Moldering pile of dollar bin scarves Johnny Depp headed over to Glastonbury this week because "Rock and Roll," probably, and hosted a screening of his 2004 flop The Libertine, which he is apparently trying to make "a thing" at present. In his introductory remarks to the film, Mr. Cool Hats over here decided to toss in some light jokes about assassinating President Trump, because that always goes so well for people! He started off asking the crowd, "Can you bring Trump here?" The crowd booed, as if to say, "Don't bring Trump here, Johnny Depp." He continued:

"You misunderstand completely. When was the last time an actor assassinated a president? I want to clarify: I'm not an actor. I lie for a living. However, it's been awhile, and maybe it's time. By the way, this is going to be in the press and it'll be horrible. It's just a question; I'm not insinuating anything."

Ugh, are you serious? "I'm not an actor, I just lie for a living." That LA Tinder profile line is probably the most offensive part about the whole statement, but the backlash is already in motion.

Hi @SecretService, we have video evidence of Johnny Depp threatening to assassinate President Trump. Please do some… https://t.co/zP7wid0NT7
— Tennessee (@Tennessee)1498181766.0

And you know that fame whore president of ours will not be able to resist tweeting about this...

Watch footage of his statements below: