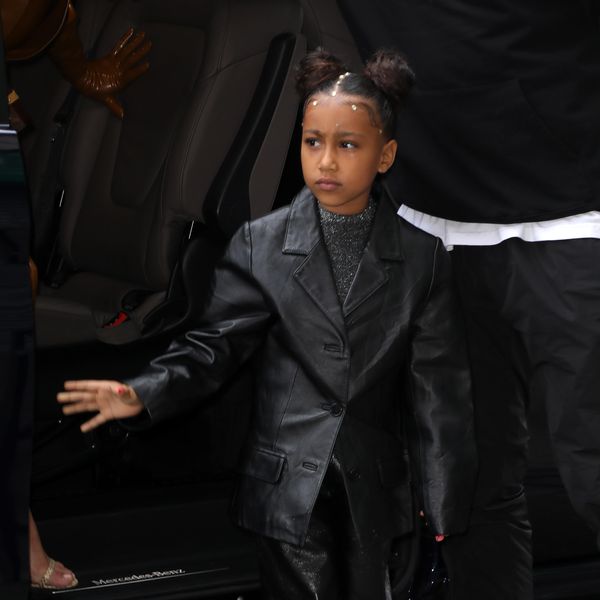 Behind every great artists there is a muse, and it looks like America's next Bob Ross, North West, might have found hers in the form of a bearded dragon named Speed.

Kim Kardashian introduced the world to the family's newest reptilian addition with a tweet. "Meet the newest member of our family... Speed. I really wasn't planning on liking Speed the way I do but she grew on me!" Kardashian goes on to explain that Speed was originally her best friend Allison's pet lizard that they had agreed to babysit for a week but, now months after the fact, it's clear a certain someone must have become a little too attached to the scaly houseguest and as a result has since ended up as a permanent fixture in the Kardashian household.

And in case there was ever any doubt that a lizard living under Kim's roof wouldn't be fully fitted, Speed has her own collection of custom Skims Cozy hoodies and robes. Its turns out Speed even beat Lil Uzi Vert to the punch, sporting a forehead gem of her own for months now. If it was possible for a lizard to call you poor, Speed would be your girl.

According to Kim, North and Speed are practically inseparable so odds are will likely be seeing a lot more of the little lizard fashionista scampering around the spartan halls of the family's Calabasas home or possibly popping up in one of North's next paintings. Though judging from all the comments about proper bearded dragon care under Kim's tweets, they may want to get someone to look at those claws, reconsider the jewel and holding Speed upright.