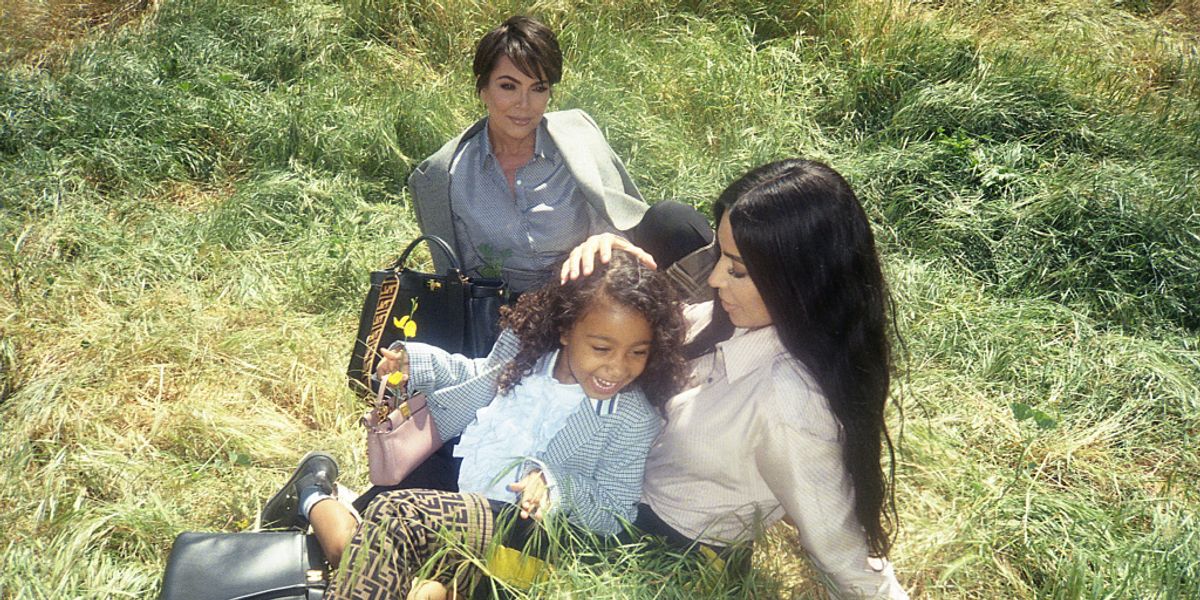 North West has been a fashion icon since her birth, so it's only natural she became the industry's next baby supermodel of choice. Like Gigi Hadid (whose start came from a Baby Guess campaign) and many before her, North West might just be the latest celebrity baby to parlay her inherited stardom into a modeling career — and she's off to a good start.

Alongside her mother and grandmother, Kim Kardashian and Kris Jenner, West appears in the latest campaign from Fendi to celebrate a decade of the house's Peekaboo bag. The three generations appear in a grassy Malibu meadow, each with their own version of the famous purse. For her part, West holds an eye-catching baby, dusty rose-colored bag, which she accessorizes with a dandelion in the shoot — watch out Jacquemus!

The #MeAndMyPeekaboo campaign centers around the concept of modern family, featuring creative director Silvia Venturini Fendi with daughters Delfina Delettrez Fendi and Leonetta Luciano Fendi in the first installment and Ewan McGregor's daughters Clara and Esther in the latest.

"The idea was to expand the concept of family, as it's part of our history," Venturini told WWD. "In the case of the Kardashians, they are all three of them very strong women, with strong personalities."

The other images consist of a solo shot of Kim, clutching a Peekaboo bag in a sepia-toned polaroid, as well as the famous family luxuriating in the grass. North, naturally, steals the show in the other two images — unsurprising considering her experience (she appeared in CR Fashion Book at 13 months and was featured on the cover of Interview at four-years-old. In the words of Karl Lagerfeld, "It is never too early to care about fashion!"

See the campaign. below.