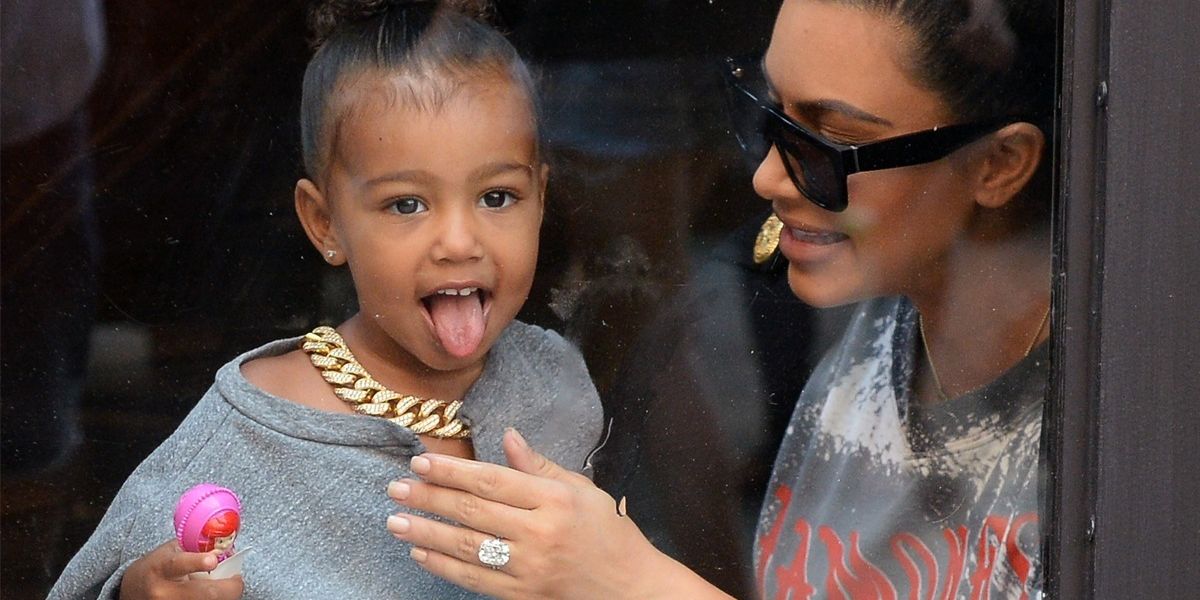 UPDATE: Via musician Different Sleep...there may be more to the innocuous "jhjj'/" than meets the eye...

Presumably a butt-tweet, Mrs. West had no follow-up, no explanation--not even a deletion.

If you'll remember, it wasn't too long ago that the eldest Kimye spawn "accidentally" posted THIS throwback picture to Kim's Instagram:

Not surprisingly, the world side-eyed Kim's claim about her apparently tech-savvy toddler.

While this most recent North "oops" looks and feels a little more authentic, there's still something too creative about it...

..but hey, I'm writing about it now, so whatever PR stunt was behind this, it worked. #sheep

If it is true, they should just give North her own Twitter; she could write "audwqdiwudnuisni23isd23s" every single time, and it would still make headlines.

In honor of her first "official" tweet," here are 10 other things North could've "accidentally" tweeted.

7. "History will be kind to me for I intend to write it."-North West

4. "For years I have been going to the South of France to cool out."- North West


2. "Now I am become Death, the destroyer of worlds."- North West