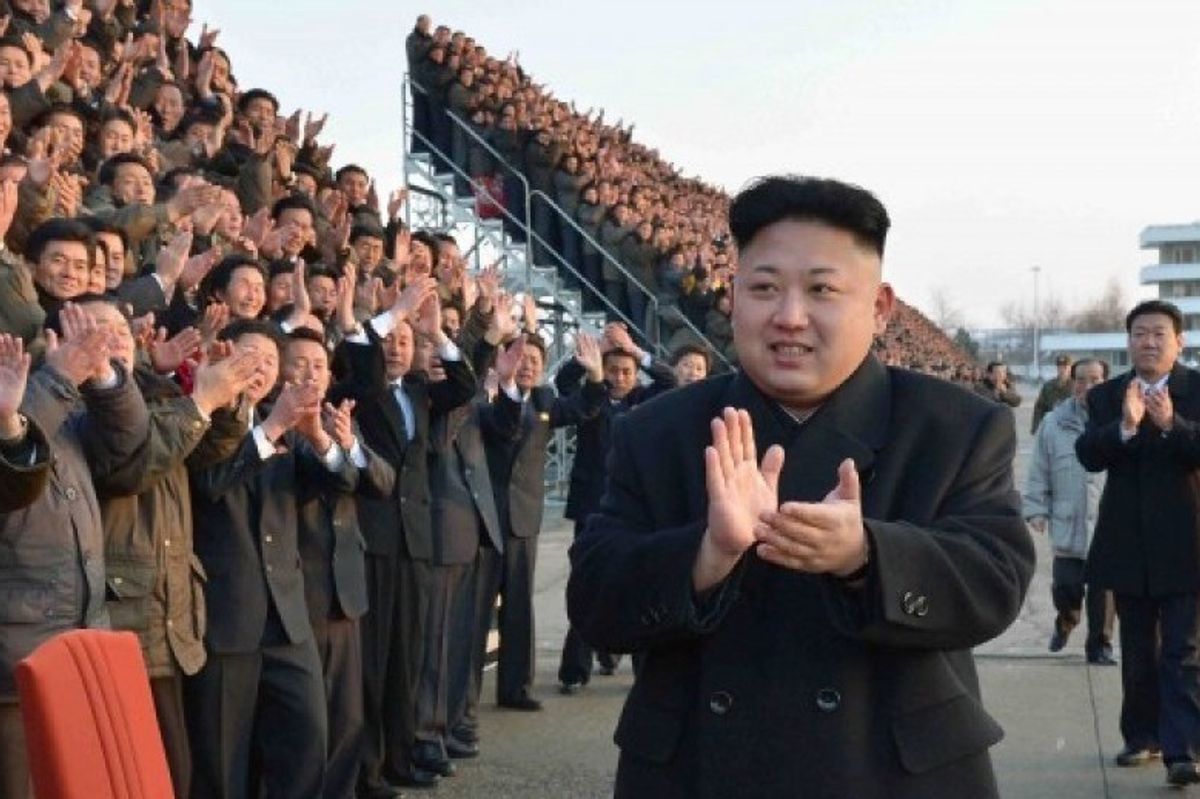 The Democratic People's Republic of North Korea is getting jiggy with the 21st century, with millions of its oppressed citizens gaining access to mobile phones.

Right now, the hottest trend in the tyrannical regime is a SmartPhone game called "Boy General"--a propaganda-filled Minecraft-esque game that has users playing as general Swoene, a young commander in the Koyguro kingdom that ruled the Korean peninsula for 700 years.

Swoene, obviously, is a metaphor for Kim Jong Un, the youthful, portly Supreme Leader whose current stranglehold over the nation began after the death of his father, Kim Jong Il.

Since a North Korean app store does not exist, the game is shared over Bluetooth.

"Boy General" was also a popular cartoon show that ran from the 80s, up until 1997, which Un recently demanded a reboot; 50 episodes are in the works.

According to Associated Press, the isolated North Koreans have been exposed more and more to Chinese and South Korean media, which is tremendous progress, considering their global media blackout for most of the last century.

In fact, the leader's very own girl band (LOL), Moranbong, is set to perform in Beijing this week, to dispel the UN's Security Council, who are meeting in the Chinese city to discuss the atrocities occurring in the N.K.

Who knows, maybe Tinder is next?

Although, I'm sure every option would be Kim Jong Un. .