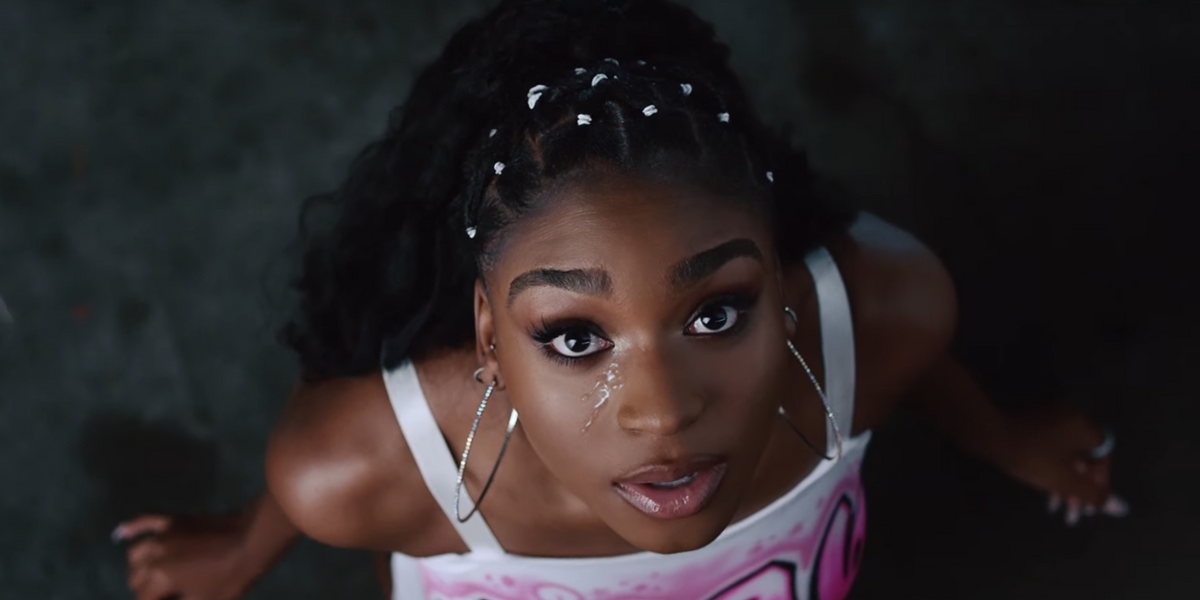 Normani, Please Take Your Foot Off My Neck

Normani's long-awaited solo debut is finally here, and after all this time, did you really expect it to be anything other than perfection?

The former Fifth Harmony member has been charting over the past year, partnering with both Sam Smith and Khalid on massive hits. Despite the success, we had yet to receive a solo single — until now. "Motivation" is legitimately the ONLY video you need to watch today. In under four minutes, Normani proves she's an absolute triple threat, as if it wasn't obvious before. The MTV throwback vibes are strong, the dance moves are tight, and the vocals are oh-so-right.

She's been teasing the track for a while now, with a clip making the rounds on Twitter stan accounts of her singing a line from the second verse: "Get you naked, but I won't tell 'em." If that little taste could get stans excited for weeks leading up to the release, then you can probably find Harmonizers passed out on their keyboards after hearing the full track and seeing the unexpected full-length video.

In the video, an actress playing a young Normani watches 106 & Park in the living room, dancing along to future Normani's new hip-rolling bop. Then, the stanning ensues: Normani immediately busts out every dance move in the book while rocking silver hoops and a pink "1996" spray-painted top and skirt. This is, of course, to seduce all of her handsome and very buff costars, and judging by the final dance break at sunset, it worked!

Related | Behind the Scenes of Normani's Tidal X Show

The real star of the show is the trumpet-laden dance break at the end of the video. Normani, drenched from the pouring rain and covered in a silver glitz-fringe garment, takes her moves to the street. This is where you'll find the most GIF-able music video moment of the year, which is obviously her handstand into a split-and-pop combo. This is how you do a solo career launch right, and there's only more to come from here.