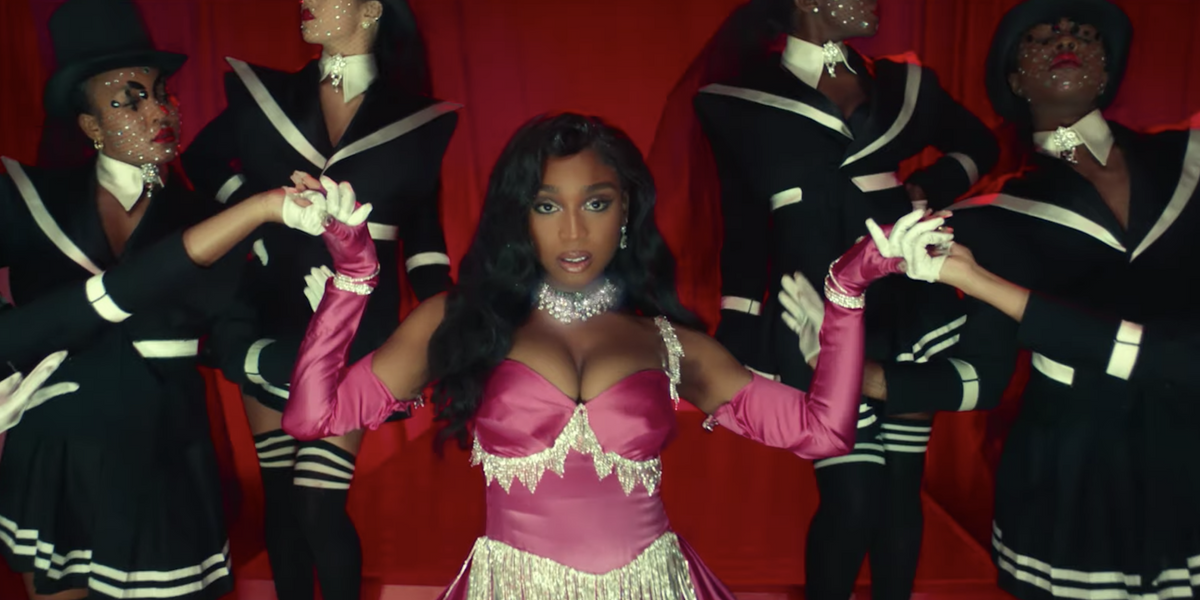 Marilyn Monroe never threw it back quite like this.

In Megan Thee Stallion's first big single since "Hot Girl Summer," and Normani's first appearance post-"Motivation" craze, the pair are ready to turn heads and tease men. Exclusively for the new Harley Quinn Birds of Prey movie, the superstars have teamed up for "Diamonds," a partial tribute to "Diamonds Are a Girl's Best Friend" from Gentleman Prefer Blondes. While the song is an undeniable banger — Megan's second verse is insanely good — the music video, which features clips from the new movie, is even more of a treat.

Dripping in diamonds, intricate corsets and latex suits printed with the names of their songs, Meg and 'Mani lead a carnival of merry misandry. From swinging Harley's bat at their opponents to playing whack-a-mole with their heads, the duo are completely in control, commanding the camera's attention throughout.

While neither have a role in the actual film, this music video is enough to have fans wishing that they did. Take notes, Hollywood — we need a sequel with Megan and Normani as glam baseball bat-wielding, ass-shaking anti-heroes. Or at the very least a DC Comics series.