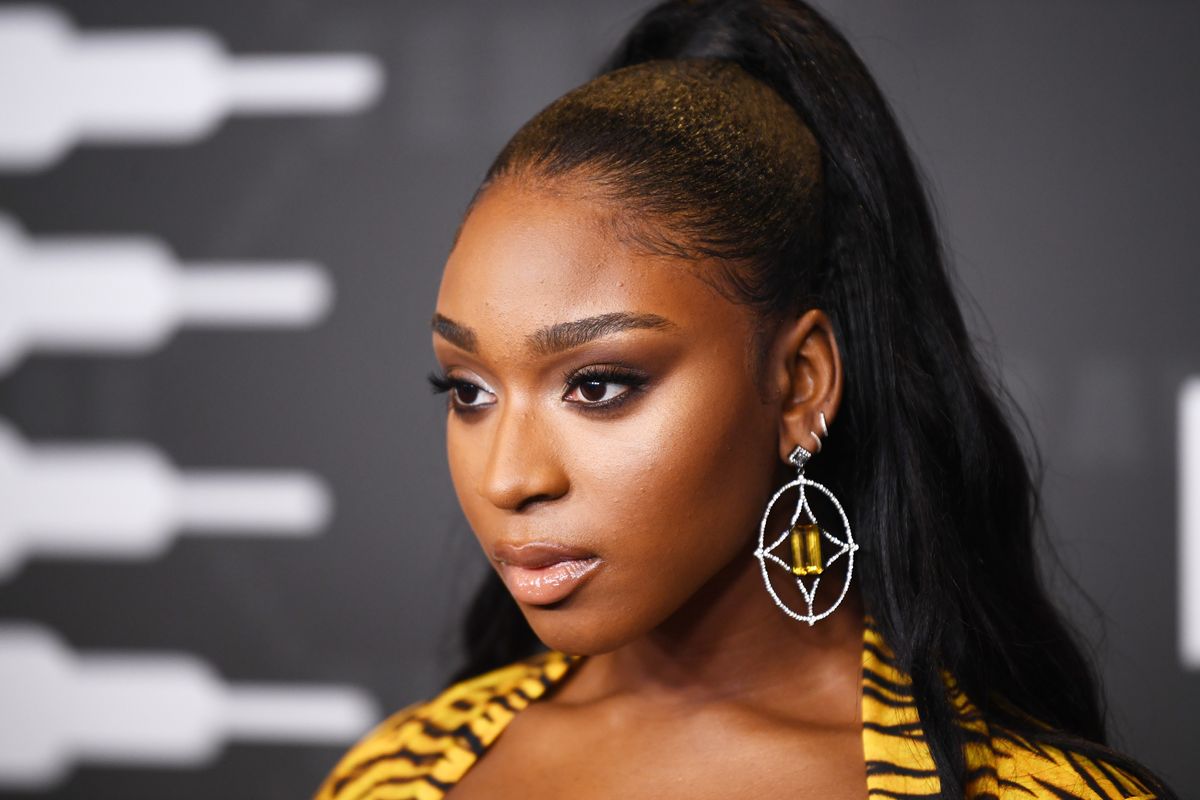 Normani: 'Why Does Pop Have to Be So White?'

While coming up in Fifth Harmony meant being as likeable and inoffensive as possible, Normani appears increasingly less interested in watering herself down for mass appeal.

For her PAPER cover story last fall, she chatted about the pressure of being the only Black member of a girl group branded for the mainstream: "You see a group, you see one Black girl, and just the way that society is and where we're at especially socially... I always felt that I had to work, and still have to work, twice as hard to prove myself."

Now in a new Cosmopolitan profile, she talks about how she's embracing Blackness in her career, exemplified by her new single "Motivation" and her VMAs performance, which she did in a Juicy tracksuit. The single, video and performance positioned her as the heir to Beyoncé's dance moves, proved Fifth Harmony had two breakout stars, and paid homage to 90's MTV and BET's 106 & Park.

She acknowledged how much her style has changed since leaving Fifth Harmony. "I'm not sure what that turning point was," she says, "but I was like, Normani is enough. You can be onstage and perform and you can be enough."

"I told the director, 'I want this to be as black as possible,'" she said of the "Motivation" visual. "I was like, let's show black culture. Why does pop music have to be so white? Why don't we make it a little bit more me?"

The question hits, particularly after the preposterously all-white list of the Billboard Women of the Year recipients over the last decade went viral.

The lineage of Black women in pop (from Etta James to Diana Ross to Janet Jackson and Whitney Houston to Rihanna and Bey), several of whom are missing from that list, are Normani's inspiration.

"Those women before me, I wanna finish what they started," she says. "I'm gonna make whatever I do black. You'll know that I'm a black girl, even if it's on the quote unquote whitest record ever."