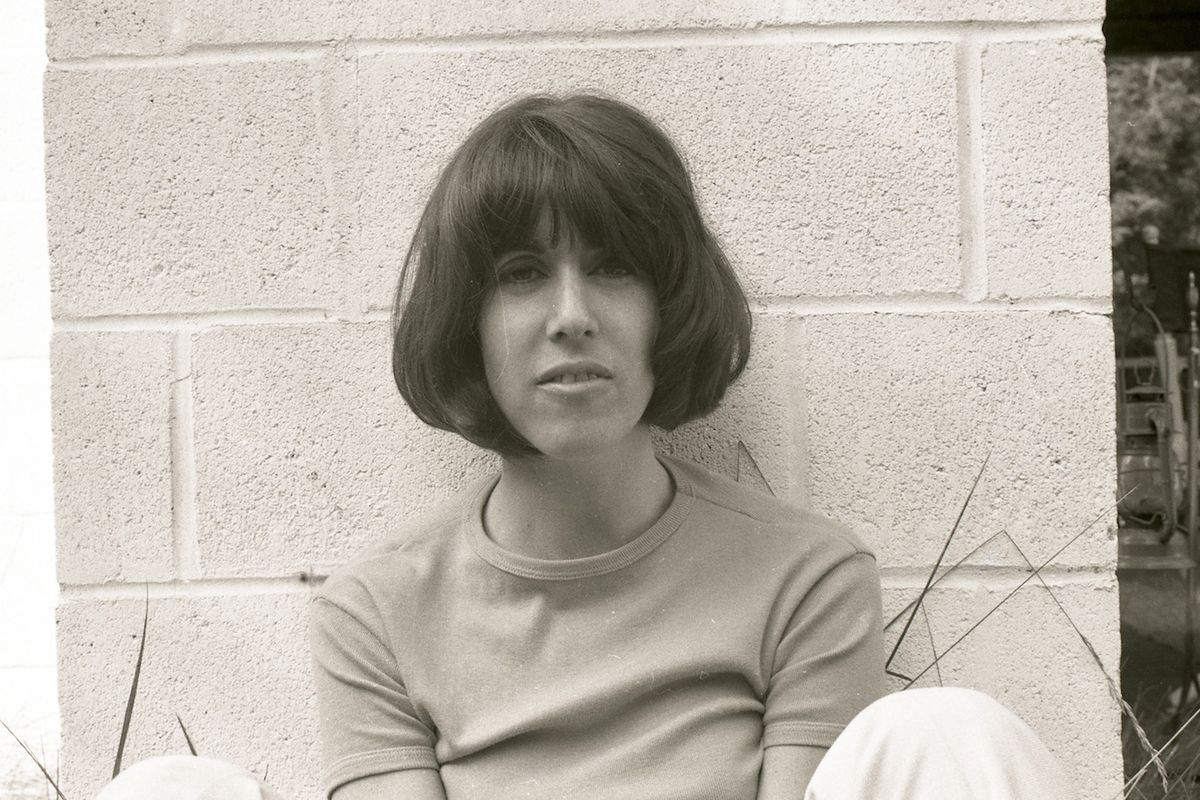 All About My Mother

With his new HBO documentary Everything Is Copy, Jacob Bernstein says goodbye to his mother, iconic writer Nora Ephron.

With his new HBO documentary Everything Is Copy, Jacob Bernstein says goodbye to his mother, iconic writer Nora Ephron. 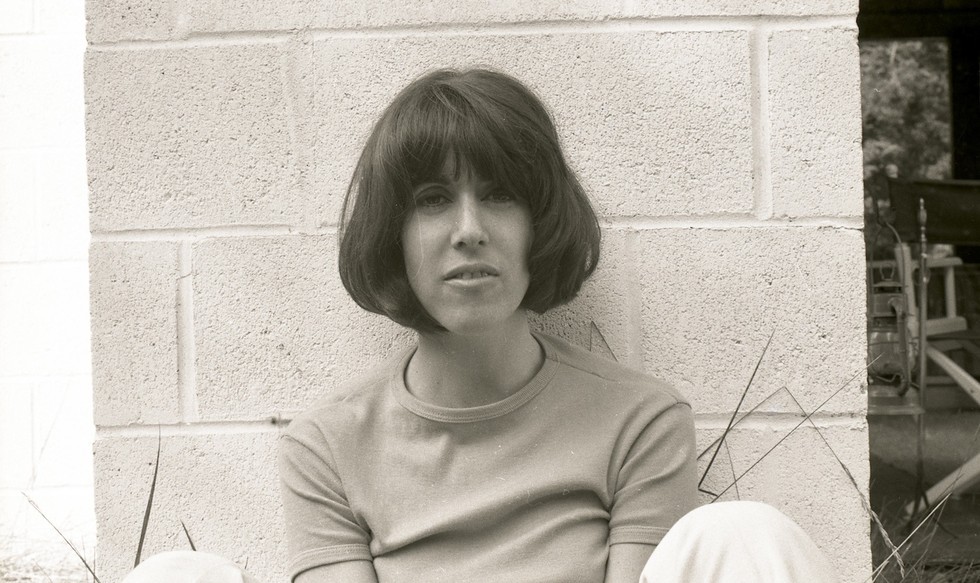 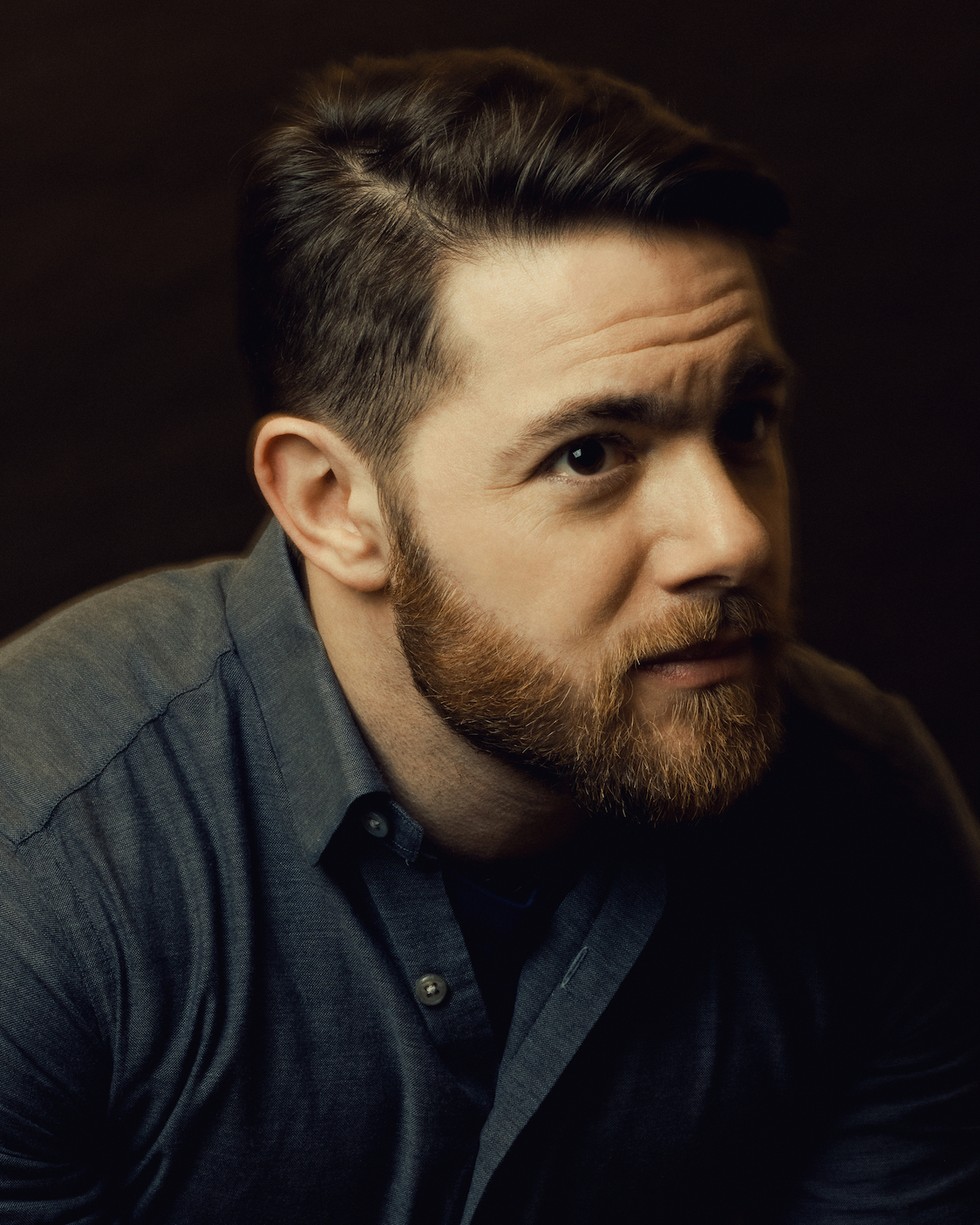 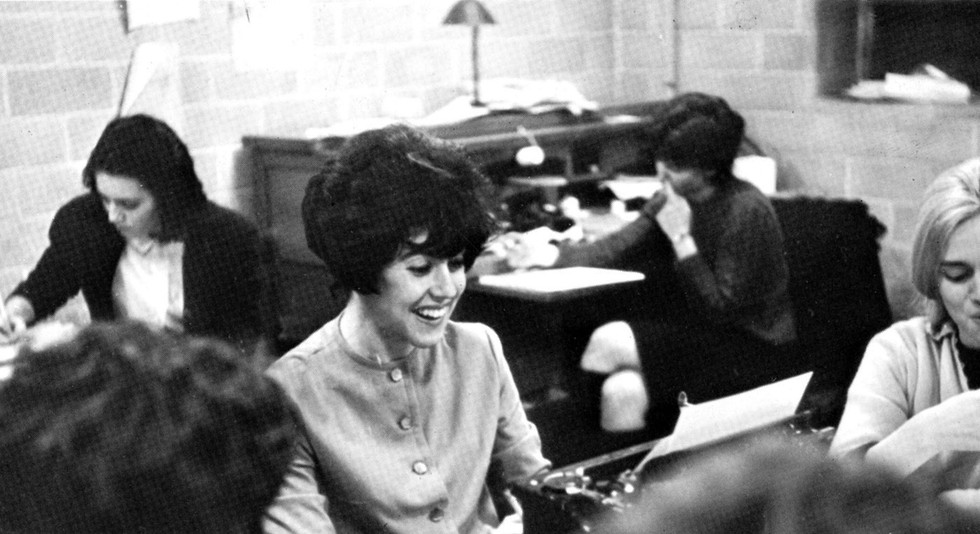 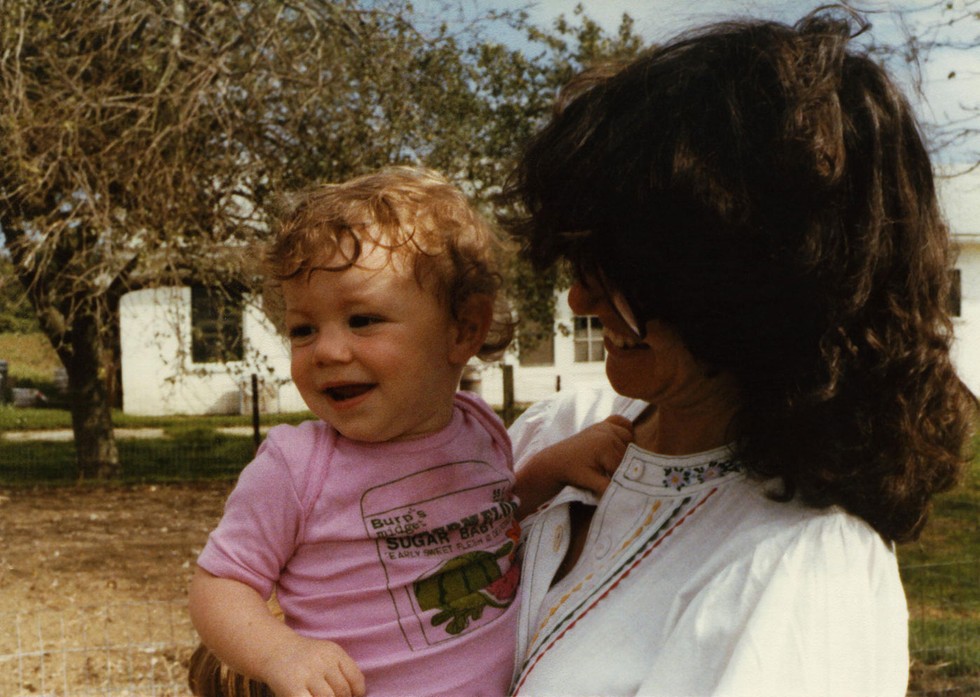 Jacob Bernstein and Nora Ephron in 1979 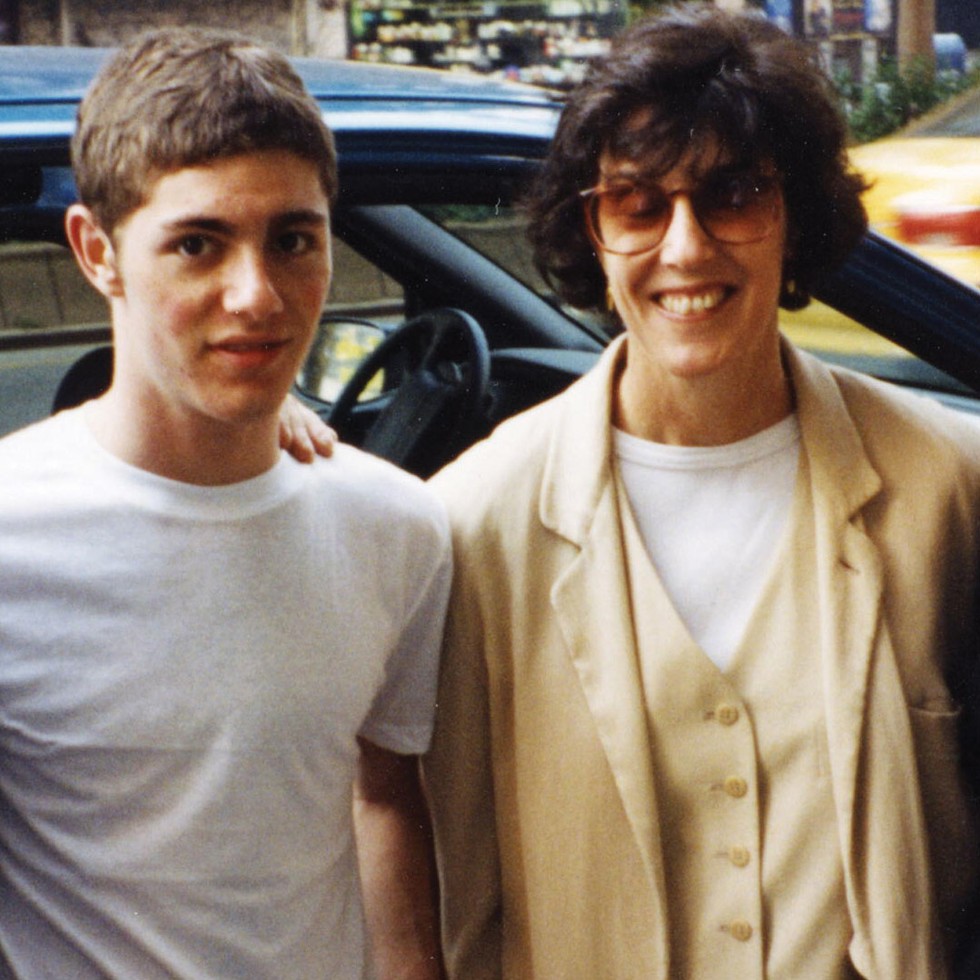 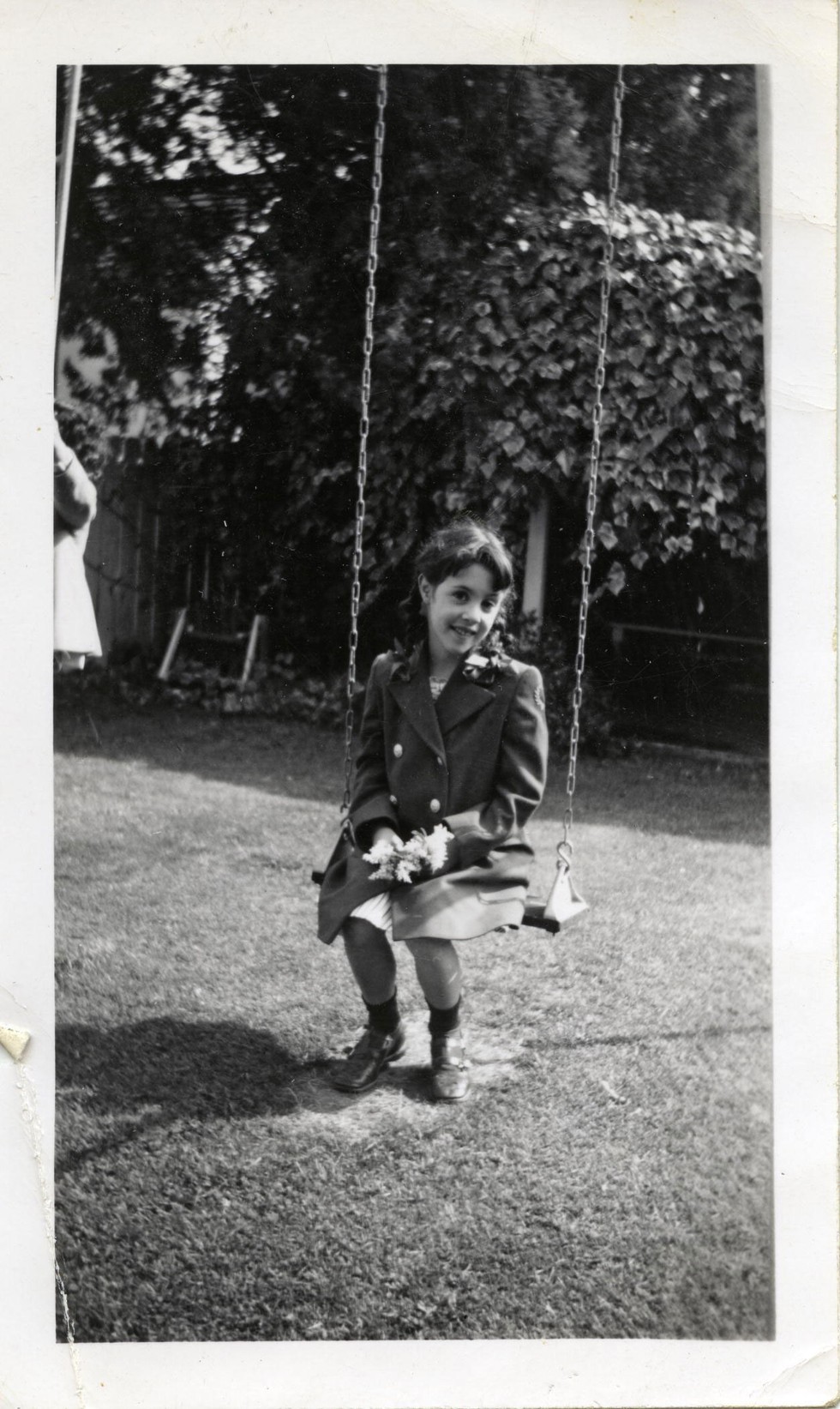 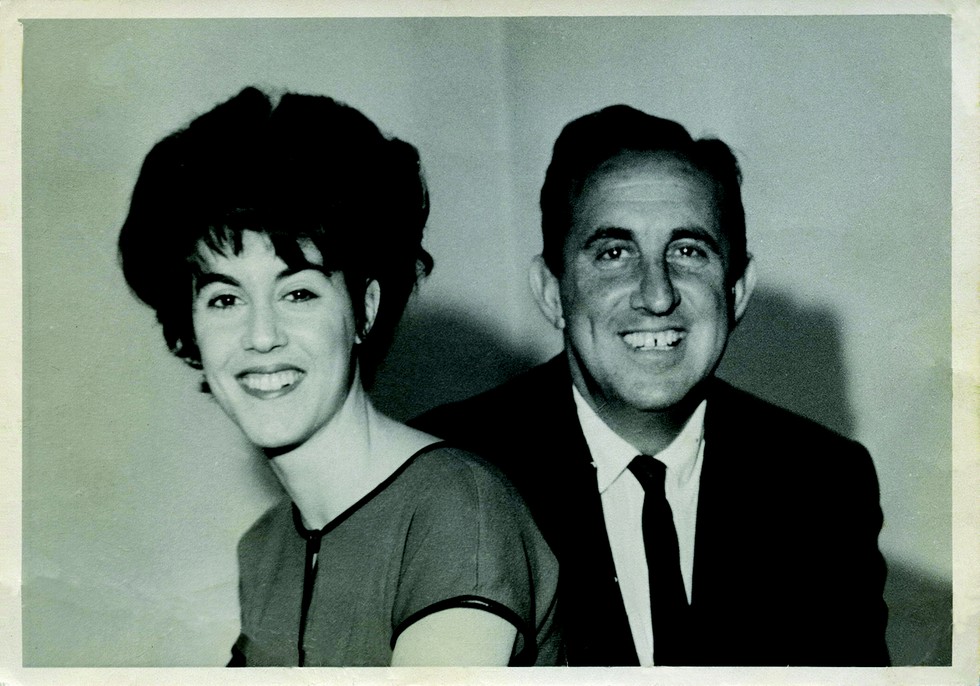 Nora Ephron and Henry Ephron in the '50s.

Nora Ephron lived by one simple motto: "Everything is Copy." It's a saying that the iconic director, screenwriter and essayist learned from her screenwriter mother. Whatever happened to you in your life, shitty or spectacular, intimate or embarrassing, was material to be used in your writing. In a wildly successful career that took her from newspaper woman to Esquire magazine essayist to screenwriter to director, Ephron followed this mantra, sometimes hurting friends and family, but always entertaining her audience.

She abandoned this attitude when she became ill with acute myeloid leukemia. Many of her closest friends weren't told she was sick, although she was diagnosed several years before finally succumbing to the disease in June of 2012.

It was an about-face for Ephron, but Jacob Bernstein, her son by Pulitzer Prize-winning journalist Carl Bernstein and a writer for The New York Times, was there for his mother's final act. He says it was reminiscent of the scene at the deathbed of Ephron's mother Phoebe: "When Phoebe was on her deathbed, she told my mother, 'Take notes.'"

She did. What both of them believed was that writing has the power to turn the bad things that happen to you into art, even though "art" was a word Nora hated. Bernstein took notes and wrote about it in a beautifully crafted cover story, "Nora Ephron's Final Act," for The New York Times Magazine.

Now Bernstein has written and directed Everything Is Copy, a biographical documentary-cum-celebration of his mother's life and work that airs on HBO this spring. "She had died, and in some ways, I wasn't ready to let go," Bernstein says. "Doing the film enabled me, in some way, to keep having a relationship with her, keep talking to her every day and keep watching her.

"It's always hard writing a book or doing a movie, but the hardest thing in a certain way was letting go of it. The entire time she was up there on the monitor, she was kind of alive."

While visiting his mother, Bernstein would leave the hospital room to jot down notes. "All writing is an act of narcissism. I didn't want to have an experience like this, that was this profound, and waste it," he explains. "I was aware that her death was grieved by millions of people, and I had access to it. If I'm a writer, it seems that perhaps I should try to do something with it." In a way, he was carrying on the family tradition of using the personal as material for the professional. "I think that idea that everything is autobiographical in some way is a really good idea. Whatever you do as a writer, it should be personal," he says. "It doesn't mean you're writing about yourself, but you write about the things that interest you, you write about the people that you see yourself in, in some way."

The film features Bernstein talking to a parade of some of the most bold-faced names in American culture from the past 40 years, including Charlie Rose, Meryl Streep, Mike Nichols, Bryan Lourd, Barry Diller (whom Ephron fired from the Beverly Hills High School newspaper), Gay Talese, Tom Hanks and Meg Ryan. Bernstein even talks to his father, Carl, Ephron's infamously unfaithful ex-husband who served as the inspiration for the Jack Nicholson character in the book and film Heartburn. (Streep played the Ephron character).

There are incredible archival photos and film clips from all of her lives: Ephron with her three sisters, all writers; with her parents, screenwriters who moved the family to Beverly Hills when she was a child; films of her delivering witty repartee on The Dick Cavett Show and entertaining Charlie Rose on his program. Through it all, we see just how delightful and amusing Ephron was. After all, her films like When Harry Met Sally (written by) and You've Got Mail (written and directed by) basically epitomize our modern American ideal of what falling in love means.

When I asked Bernstein whether he considered himself like his mother, he said, "I'm a lot like both of my parents. I don't think there was much discussion that my mother was the most colossal talent in our family, some of this movie is about processing that. I think I do some things pretty well, which is part of the reason I thought I could do this, but she had a kind of singular voice that comes along once in a blue moon, and it was different. I'm wary of likening myself to her."

Perhaps because he's a journalist, Bernstein manages to remain detached and unsentimental in some ways while making the film. He talks about his mother being hardcore, and sometimes perhaps a bit cruel, to loved ones. "She was a piece of work," he says, "and I didn't feel like it dishonored her, to say that. I think that some of my collaborators were more surprised than I was, that we were including the aspects of being a writer that can be cannibalistic and a little bit uncomfortable, but that's part of what made her really good. To not include it, what do you have?"

Although the film is a celebration of his mother's life, that doesn't change the fact that really, in the end, it's the story of her death. "Death is the last taboo," he says. "The point is that death remains this conversation that people are so afraid of having. I know all sorts of writers and artists who don't even believe in God, and they are constantly using words like 'passing.' The discomfort with that made it an interesting topic for me that I wanted to explore." His mother would approve.

Everything Is Copy debuts on HBO, March 21st, at 9 pm EST.