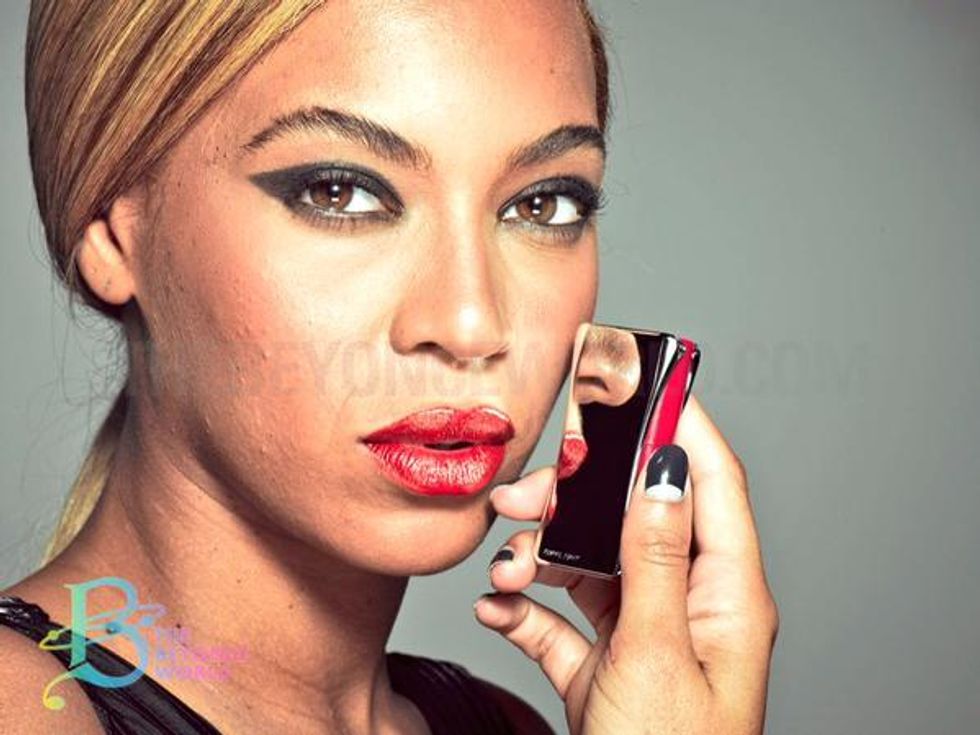 by Gabby Bess
PAPERMAG
REPORT: Two completely shocking things happened this morning. 1) We learned that there's a realm of reality called TheBeyonceWorld.com in which BeyoncÃ© is, in fact, their supreme ruler and 2) said website posted photos of Queen Bey looking less than flawless. Almost human, in fact. Almost.

The unretouched images from BeyoncÃ©'s 2013 L'Oreal campaign that originally surfaced on thebeyonceworld.com have been circulating online and people on the internet are freaking out accordingly. The photos have since been taken down from the site and replaced with an ominous message:

"Due to the disdain of the BeyHive, we have removed the photos. We don't want to cause any drama, nor do we wish to start fan wars. Some of the things we have seen posted were just horrible, and we don't want any parts of it. We were just posting the photos to share the fact that our queen is naturally beautiful, at the same time she is just a regular woman."

Wait, so, you're telling us that BeyoncÃ© is...  just a regular woman? Okay, yeah right, whatever, good one, ha. Anyway, if this talk about BeyoncÃ© being a flawed human turns out to be true, we can't say that we weren't warned: