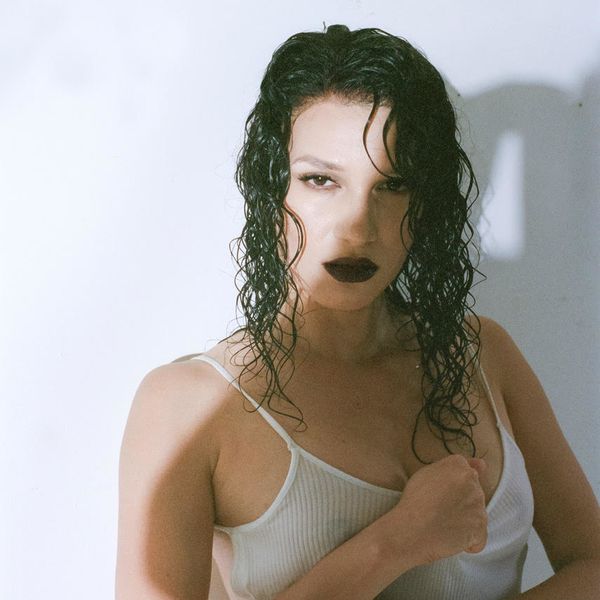 Trans Women Have Always Been Prepared for the Apocalypse

As our world shifts to the new, isolated normal brought on by COVID-19, everyone is forced to reflect on what we value most. Global economies must reconcile the demands of capitalism and big business with its treatment of "essential" workers and marginalized communities. Activists in turn advocate for adjustments to the status quo and a more equitable future. And artists, always relied on to respond in times of upheaval, are those perhaps best equipped to do so. Below, New York musician Nomi Ruiz reflects poignantly on truths and traumas commonly shared among trans women's lived experiences — even now. As she writes, her life has made her "oddly prepared, emotionally" for what's happening today.

"I constantly feel anxious. Some days are worse than others. Sometimes It's hard to leave my apartment." These are the words I said to my therapist three months ago during one of our weekly sessions. Words that now seem to be resonating with the world since COVID-19 took humanity by storm.

We've been forced to push pause on everyday life, practice social distancing, shelter in place and quarantine. Yet, ironically I have never felt more connected to the outside world and my community. Even my Facebook account has sprung back to life. Yes, it took a pandemic to get me back on Facebook.

As the online chatter mounted, I began checking in with good friends to philosophize about the state of the world and one sentiment rang true among the women of trans experience in my life: in the words of my good friend and award-winning Chilean actress, Daniela Vega, "We've been living this situation since day one."

"We, as women of trans experience, have lived within the confines of discretion for way too long because of another virus: the toxic ideology of what it means to be a man."

I grew up in a low-income Latinx neighborhood in Brooklyn, NY, and as a young woman going through my transition, I longed to be seen — a longing that was overshadowed by a fear of being noticed. Especially by groups of boisterous men huddled on street corners, where the possibility of attacks fueled by pack mentality is imminent. They were like minefields to me. I'd often show up late for class or work because I'd take the long way in order to avoid streets that were more dangerous than others, but there were times it was unavoidable.

My worst fear was being catcalled. There are times catcalls can seem validating; they can make you feel desired and even powerful. Personally, I believe they are a sign of a man's weakness. Often, when women of trans experience are catcalled, it ends in acts of verbal and physical violence. I will never forget Islan Nettles. In 2013, she was innocently walking past a group of guys in Harlem who began to catcall her. When James Dixon became aware of her transness, he brutally beat her in public, leaving her unconscious. She died five days later. James is currently serving a 12-year prison sentence but was not formally charged with a hate crime after using the "trans panic defense." This legal strategy is used by many to claim that a victim's sexual orientation or gender identity is to blame for the defendant's violent reaction, including murder. While this defense has since been banned in New York, it is still active in many other states.

These experiences still sit with me, and even though the neighborhood I now reside in is safer than it once was, it still takes copious amounts of mental preparation to leave my apartment. I grow tired of staring at myself in the mirror, mulling over how I look and what I'm wearing. How my hair is styled and the level of makeup I do or do not place carefully on my face. Wondering if I'm cis passing enough to be ignored while simultaneously wondering if I'm dressed too provocatively and risk drawing attention. But now, as I prepare to get groceries, slipping on latex gloves and a surgical mask for fear of contracting a deadly virus, I could care less about my appearance, and am surprisingly unfazed by this madness.

As I've continued to express this overwhelming struggle with anxiety to my therapist, it occurred to us that I'd been in a constant state of trauma and was experiencing PTSD. These experiences never really go away, especially when they happen daily over the course of several years.

After many sessions with my therapist, she referred me to a psychiatrist. She said she couldn't get to the root of my issues without getting past my anxiety, and when I then spoke to my psychiatrist, he informed me that this was nothing new. A mental health diagnosis such as anxiety, PTSD or depression is common among trans people. According to research conducted by the Yale School of Public Health, trans individuals are six times more likely to have a mood or anxiety disorder than the general population.

"For many of us, even our admirers, we have always lived in isolation. We've always feared the outside world may destroy us."

I was prescribed an SSRI called Sertraline, which has since allowed me to see how paralyzing my anxiety was and how it was spiraling into other emotions such as depression, low self esteem, anger, doubt, resentment — the list goes on and on. This is only one layer of the trans experience that is suddenly so familiar as we walk around, precariously distant and isolated, trading intimacy for our own personal safety.

Social distancing has also forced us to face our primal urge for human connection. I now hear about first dates at suitors' apartments as if it's such a new concept, when, for many of us, our intimate relationships have existed solely door-to-door. Meeting discreetly online, having that initial sense of excitement and danger as they knocked on your door and it swung open to reveal... hopefully not a catfish.

We, as women of trans experience, have lived within the confines of discretion for way too long because of another virus: the toxic ideology of what it means to be a man. Stigmatized partners afraid of being further stigmatized by society for their transamory (or being attracted specifically to trans people). For many of us, even our admirers, we have always lived in isolation. We've always feared the outside world may destroy us.

Another new normal, that's never really been new to us, is a lack of financial stability. As a self-employed musician, not knowing when my next check is coming is nothing new, but the cliché of being a struggling artist is elevated by trans discrimination, as label execs, booking agents and live club promoters stay focused on bro culture. Meaning: those who want to diversify performance rosters, now that it's trending, usually feel their quota is "at capacity" after adding one trans person to a list of predominantly cis white men. Media support is fickle, and when given, we're usually lumped together in a piece focused solely on identity, placed in a publication's LGBTQ section and not allowed the same access cis artists are given. We're lucky if our names are included in the headline.

Discrimination in the workplace exists way beyond the music and art world. More than three out of every five citizens live in jurisdictions that do not provide protections against employment discrimination based on gender identity. Our current administration even took steps to legalize anti-transgender discrimination by suggesting to the Supreme Court that federal laws allow firing workers solely for being transgender. Despite this, ironically, I actually feel a bit more financially secure than usual for the first time, because although COVID-19 has left most with financial uncertainty, gig workers and self-employed individuals are now eligible for unemployment benefits. Finally.

"I hope that on the other side of this, we are left with a sense of global empathy."

While speaking about the state of the world with another good friend, multi-hyphenate artist Martine Gutierrez, she said: "I do feel oddly prepared, emotionally." This resonated with me on so many levels, because for the first time, the world is getting an idea of what us trans individuals have been experiencing all along. I hope that on the other side of this, we are left with a sense of global empathy. Maybe this can be a bonding experience in a world that's been so divided.

There are so many stories to be told. So many experiences to become aware of. And as I write this, sitting in safety, isolated and "oddly prepared, emotionally," I think about how having the ability to practice social distancing is in itself a privilege. I think of those without homes having to face this pandemic in the open — of people living with abusive partners with nowhere to hide.

I'm especially thinking of my trans sisters, who may now find comfort in our collective trauma, because as women of trans experience, we've always been prepared for the apocalypse.