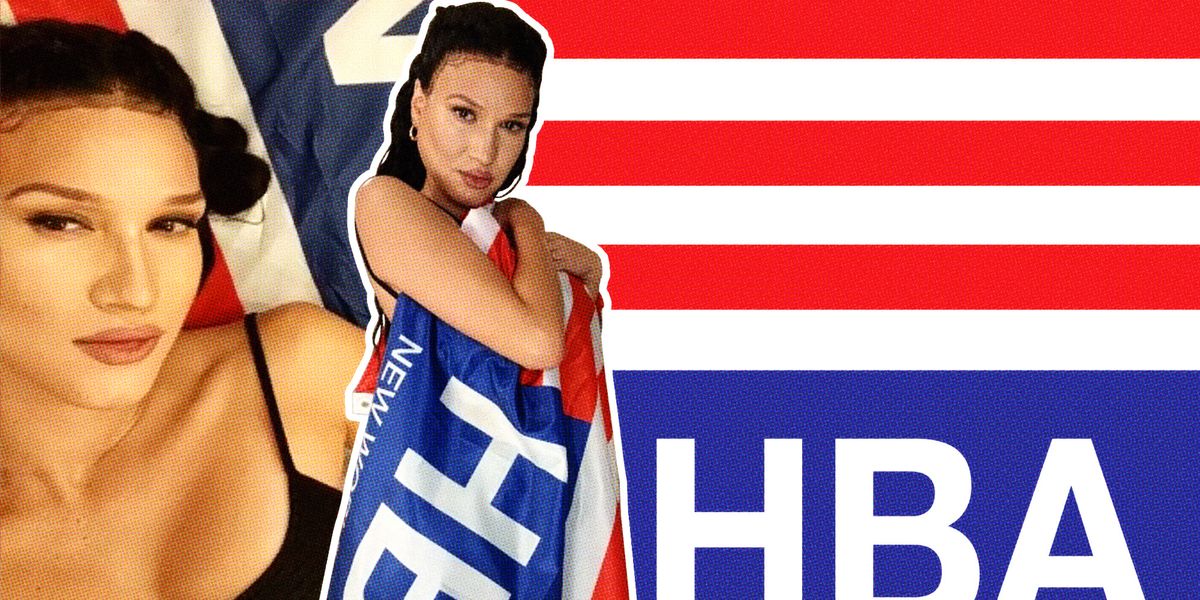 I guess, the internet, you know, and word of mouth. It depends on what type of information. It could be friends texting me stuff, or I guess it's our phones now. I have my newsfeed set up to give me information I prefer and block information that I'm not really into. I try to be really careful to not just bombard myself with a bunch of stuff. I've muted some things.

I do have this logo that I use for a project, called Jessica 6. It's the number six with a spider woman in it and she has six legs. And so that's been used by a lot of fans and people I feel connected with and people have gotten it tattooed. I wanted it to feel like a gang symbol, so that people could feel like they're a part of whatever messages I'm putting out there with my music. When people see that image, it makes them think they're a part of whatever it is that I'm creating and the messages that I'm spreading.

I wanted the spider to feel like this sort of like extraterrestrial being. I wanted it to be femme and I also wanted it to be otherworldly. I think it represents individuality and not conforming and sort of separating yourself from others. I think people that like to rock the t-shirts and logo, they feel special like they're one of a kind. They sort of separate themselves from society.

The name Jessica 6 came from Logan's Run. It's this super old-school '70s sci-fi movie and there's this character in it Jessica 6. It's about a society that lives in the underground and they don't realize it until someone rejects the rules that they're supposed to be given. And she believes that there's something more and breaks the surface eventually.

The last person I hugged... I think it was my friend Laurice, who's moving to Mexico City. She's one of my home girls and we had a little hang the other day. She's a cool girl.

My friend Anohni. She's a singer and she's pretty major. She's very vocal about shifting the landscape of society and the world at large. I think she'd be a good representative of this sort of banner.

I guess that depends on the definition of real life. Who knows, right now? IRL, URL [Laughs]. I guess I grew up in many different forms of reality. I think I make an effort to make sure I'm present in whatever people's idea of reality is nowadays, just to make sure that me and where I come from and the people that identify with me are represented.

I think about multiple realities. There's IRL, sort of in the flesh, and there's society walking down the street and there's the idea of who I am in people's minds when it comes to... like you said information, when people receive information. It's so foreign to all of us. No one really knows what people are receiving. That is an alternate reality in itself: receiving information. I try to make sure that I'm a part of whatever information is getting out there, whether that's writing or music or whatever artistic endeavor that I've been taking on in that moment. I hope that it breaks through that version of other people's alternate realities... information reality, I guess? The information highway?