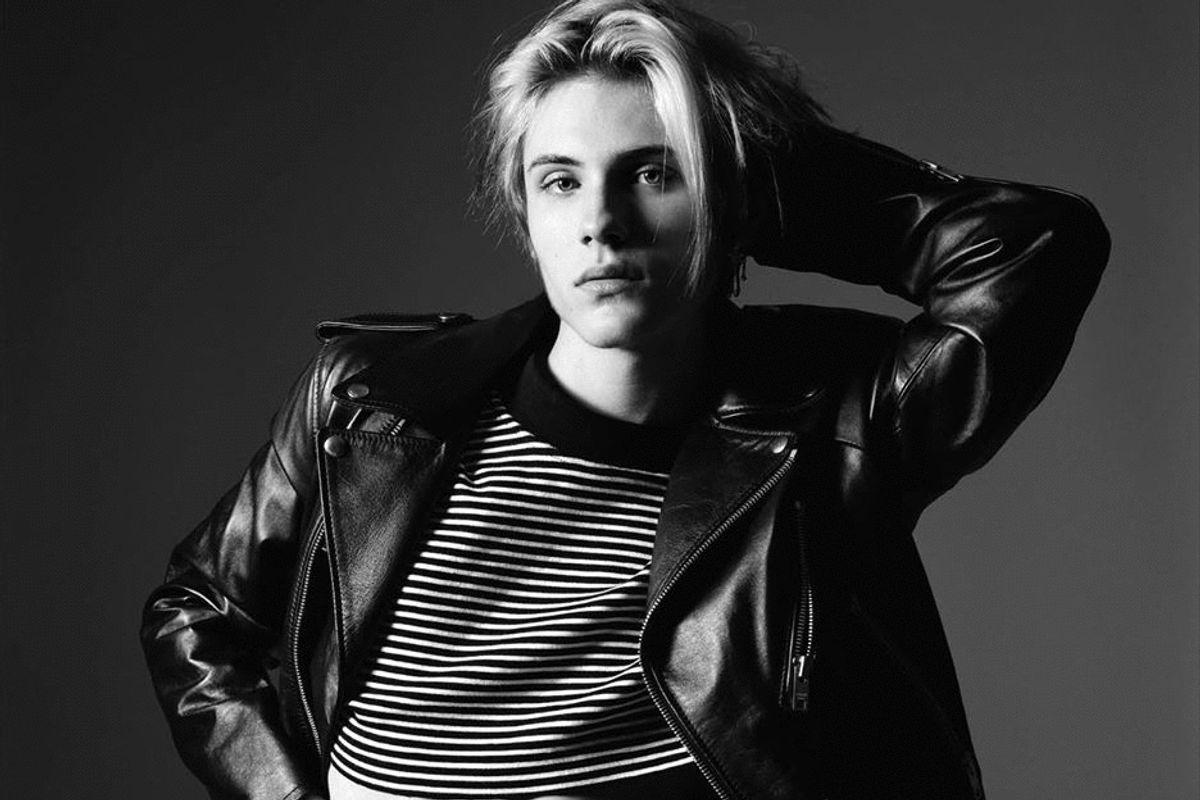 With his toned abs on full display, Noen Eubanks is front and center for Celine's latest series of black and white portraits released today. The images were shot by Artistic Director Hedi Slimane, and see Eubanks dressed in a pair of Celine jackets with his own personal crop top.

The 18-year-old is described by Celine as a "teen idol," and follows past campaign faces like model Wolf Gillespie (son of Bobby Gillsepie) and actress Margaret Qualley. This is the first high fashion campaign for the TikTok influencer, who revealed that his personal style has changed since joining the platform.

"I used to not dress like this whatsoever. I would never even think about it," he previously told PAPER. "Most days I go out I'm wearing makeup and my hair is dyed crazy colors and I'm wearing these crazy clothes. A year ago I would have never done anything like this. Not that I wouldn't want to, I just wouldn't have the confidence, I wasn't comfortable enough. Especially where I came from, it's just not an acceptable thing."

Meanwhile, Celine recently announced that it is skipping Men's Fashion Week in Paris next month, and will instead show their next men's collection in a co-ed format alongside women's during the Fall 2020 ready-to-wear schedule in the spring. Keep an eye out for a possible Eubanks front row sighting.