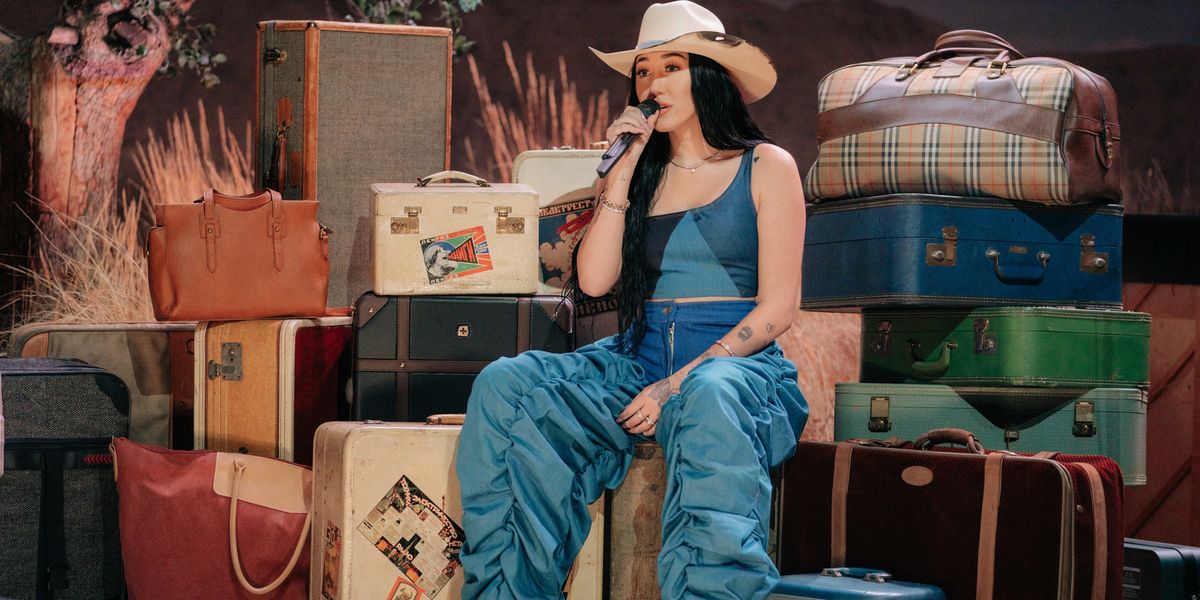 Her pants, made by her stylist, Asia, can perhaps be best described as...denim pantaloons with silk ruffles? We love to see it, and it's honestly giving us very Janelle Monáe's "Pynk" video vibes, but make it the Western Gold Rush of 1849. Onstage, Cyrus shined, resting against stacked luggage (including a Burberry bag), and singing her sad bop about a guy who clearly needs to be shown the door, and yet. This line is killer: "You remind me every day, I'm not enough/But I still stay." Cyrus sounds so good.

Cyrus also sat down with Corden to talk about her inability to whistle (including the whistle in "July") and her new clothing line, the LONELY Collection. All proceeds from the collection will go to the Jed Foundation, which is a nonprofit organization dedicated to mental health awareness. Cyrus has opened up about her struggles with mental health and anxiety before, and she stated in the interview, "One of the things that I've always wanted to use this platform for was to talk about my mental health and help young adults all around America and everywhere in the world know they're not alone."

Cyrus later followed up on her performance with a tweet about missing out on the selfie moment with Corden and other guests. Cyrus fans, this might be your chance to come through and Photoshop her in.