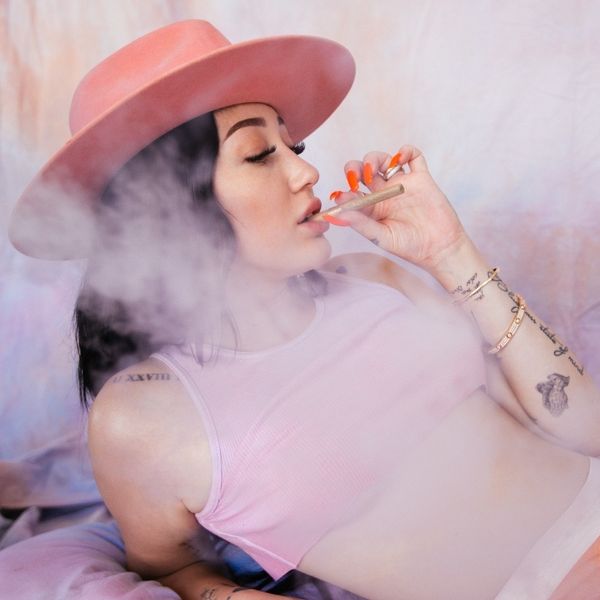 Noah Cyrus Is a Sad Girl Country Queen on 'July'

Noah Cyrus inked her first record deal in 2016, and has been churning out a steady stream of moody modern pop, full of Gen Z angst, ever since. However, a new era of Noah begins today with her new single "July."

A few days after celebrating her dad and friend Lil Nas X's No. 1 streak victory, the youngest Cyrus has embraced her country roots, and it sounds great.

Related | How Yeehaw Took Over The Internet

"July" is a brief, addictive and effective country-pop heartbreak ballad, rendered with more sincerity and vulnerability than you'd expect from the star, who's rarely seen with out her Juul and known for selling her own tears as merch.

Noah inherited the Cyrus family voice, and she uses it with aplomb to conjure a toxic, doomed relationship, begging a lover to simply go if they're going to, rather than stick around and cause her more pain. "You remind me every day I'm not enough/ But I still stay," she sings, a punch to the gut.

In the video, directed by James Periera, she laments, "So tell me to leave/ I'll pack my bags/ Get on the road. Find someone that loves you better than I do/ Darling I know," while twirling around a country road strewn with luggage in a singed cowboy hat.

Co-written by Noah and Peter Harding, the singer explains in a press release that "July" is her "attempt of letting go and walking away from the baggage. Even though it's hard and it hurts, there's something beautiful on the other side."

She elaborated on Twitter: "i wrote this about a time when i felt like i amounted to nothing to someone & never felt good enough for them."

A fuck boy might have broken her heart, but "July" reportedly kicks off a series of fresh singles from Noah, so it seems like she's doing better than ever. Still, if you need to cheer up, enjoy this video of Noah rating various Yeehaw ensembles during her recent visit to the PAPER office.