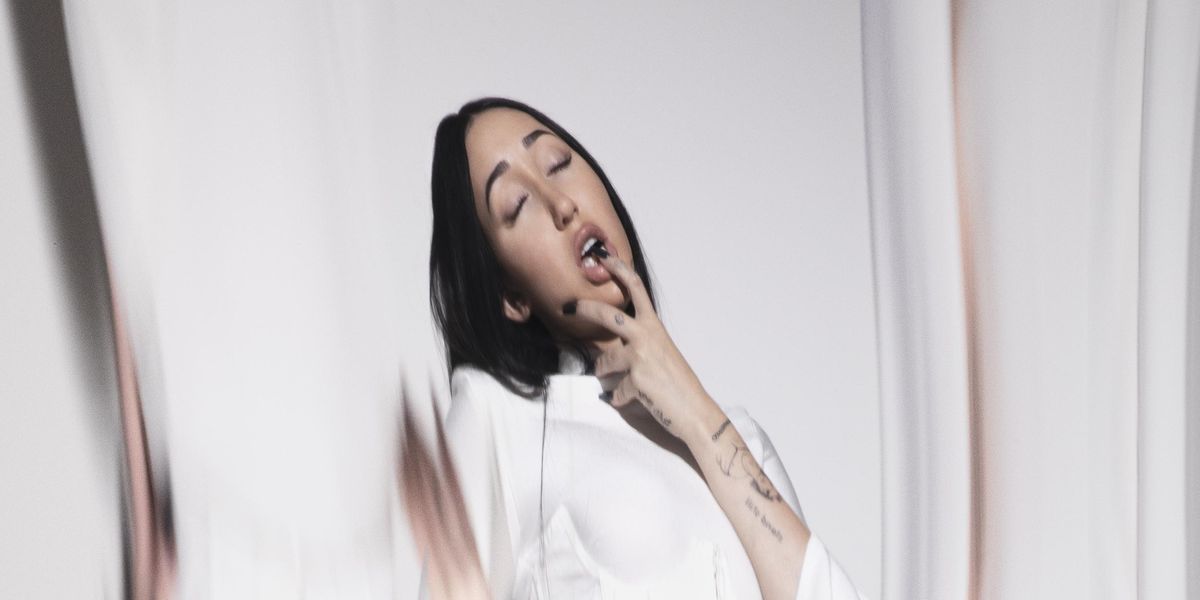 Noah Cyrus is gearing up to make her debut in the wicked world of American Horror Stories, and in a celebratory Instagram post, Cyrus explained what the show meant to her as a kid.

TV Line reports that Cyrus will appear in the series' season finale, "Game Over," which will take viewers back to the Murder House where it all began.

On Instagram, Noah revealed the news with a lengthy post detailing her excitement for the role as well as how she feels about the show. "AHS has been my favorite show since I was 12 years old... i was on tour with my sister and we'd lay in the back of the bus watching asylum and it pulled me in immediately," she wrote.

Cyrus continued on, saying that she's watched the full series more than any show, movie or song that she's listened to. "I can recite and say the lines word for word with the characters," she said.

Over the course of the post, it became clear that Cyrus didn't just love the show for how awesome it was, but also for how it has impacted her life — particularly her teenage years.

"I spent my years from 13 - 17 kinda being the kid that locked herself away in her dark room cause being out in the world made me feel so lost and so insecure," she wrote. "My body dysmorphia and depression was just eating away at my soul. It is so much pain for such a little body. But something about the show gave me comfort... there was something else as painful and fucked up out there as i felt on the inside."

She continued, "This show has been such a huge fucking inspiration to me, my music, and so much more."

Cyrus will be appearing with the returning Dylan McDermott and Jamie Brewer who both appeared in the first season of American Horror Story.