Last week an extremely shirtless Shawn Mendes got us feeling some kind of way for Calvin Klein's spring #MyCalvins shoot — the singer's Instagram announcement understandably became his most-liked post ever. Now, as though we weren't sexually frustrated enough, CK has added Noah Centineo, Kendall Jenner, and A$AP Rocky into the mix, revealing more nearly-NSFW imagery from the campaign this morning.

A press release states that the cast of teen dreams were chosen "for their unapologetic attitudes and confidence; their willingness to embrace the spirit of youth." That's a creative way of saying "toned abs" and "many social media followers."

Turn the screen away from your coworkers and enjoy the full spring #MyCalvins campaign, below. 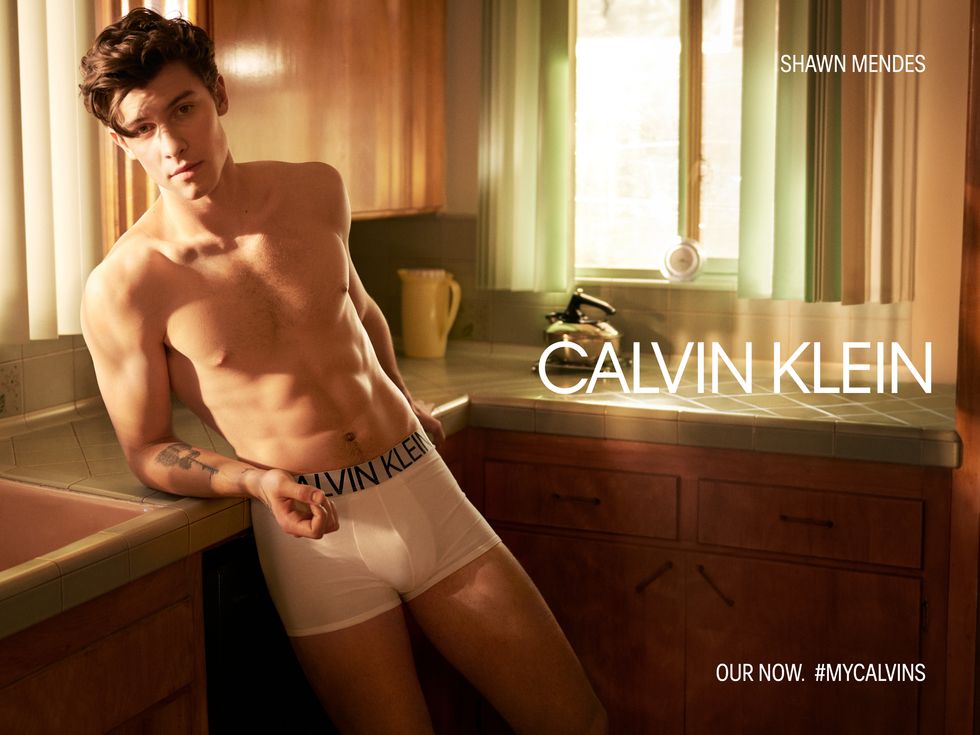