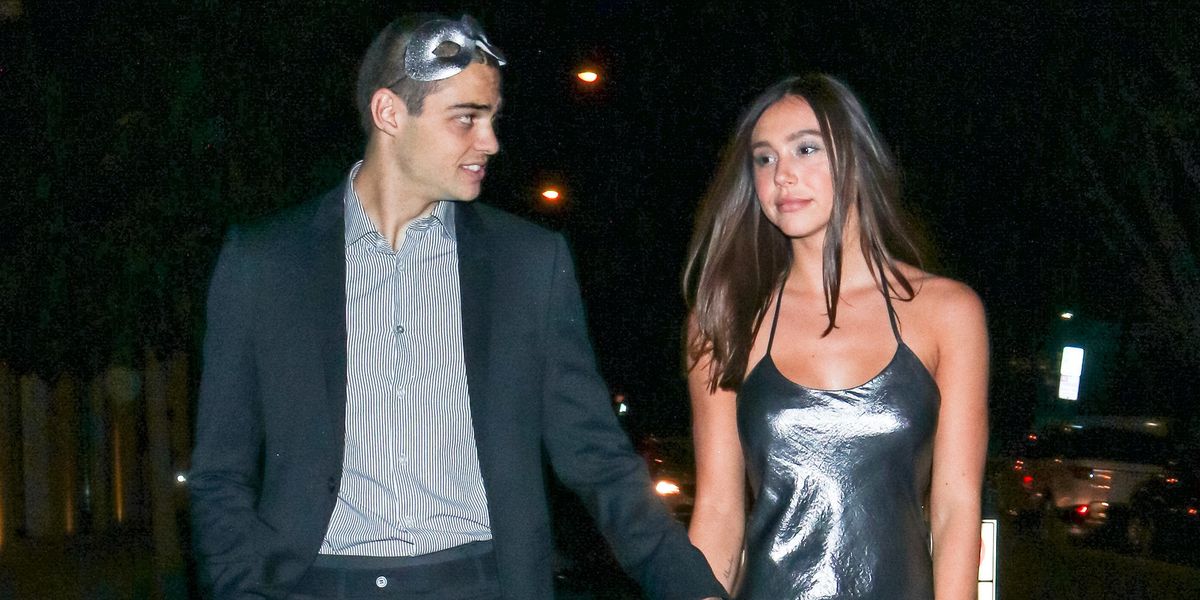 Noah Centineo Has a Girlfriend, Sorry

We all knew this day would come, but it still hurts. A little more than a year after breaking out as an internet boyfriend following his leading man role in Netflix's To All the Boys I've Loved Before, Noah Centineo is in a red carpet official relationship. He and Instagram model Alexis Ren stepped out together at the UNICEF Masquerade Ball in Los Angeles over the weekend, after a few months of rumored romance.

Centineo and Ren wore matching silver outfits, and yeah, Noah is unfortunately still rocking the buzz cut. They've previously been spotted on each other's Instagram Stories and Twitter timelines, but this is the first official confirmation that they're a thing. The hand holding is cute.

Centineo's many Instagram fan accounts are currently in mourning; many would prefer that he date his Netflix co-star Lana Condor instead of Ren. Condor has been in a relationship with fellow actor Anthony De La Torre since 2015.

To the happy couple, congrats. Does this mean that the thirsty Noah Centineo phase of our online lives officially over? Perhaps, especially combined with the haircut thing. Though I for one will continue to follow him on Twitter, where he is routinely ridiculous.