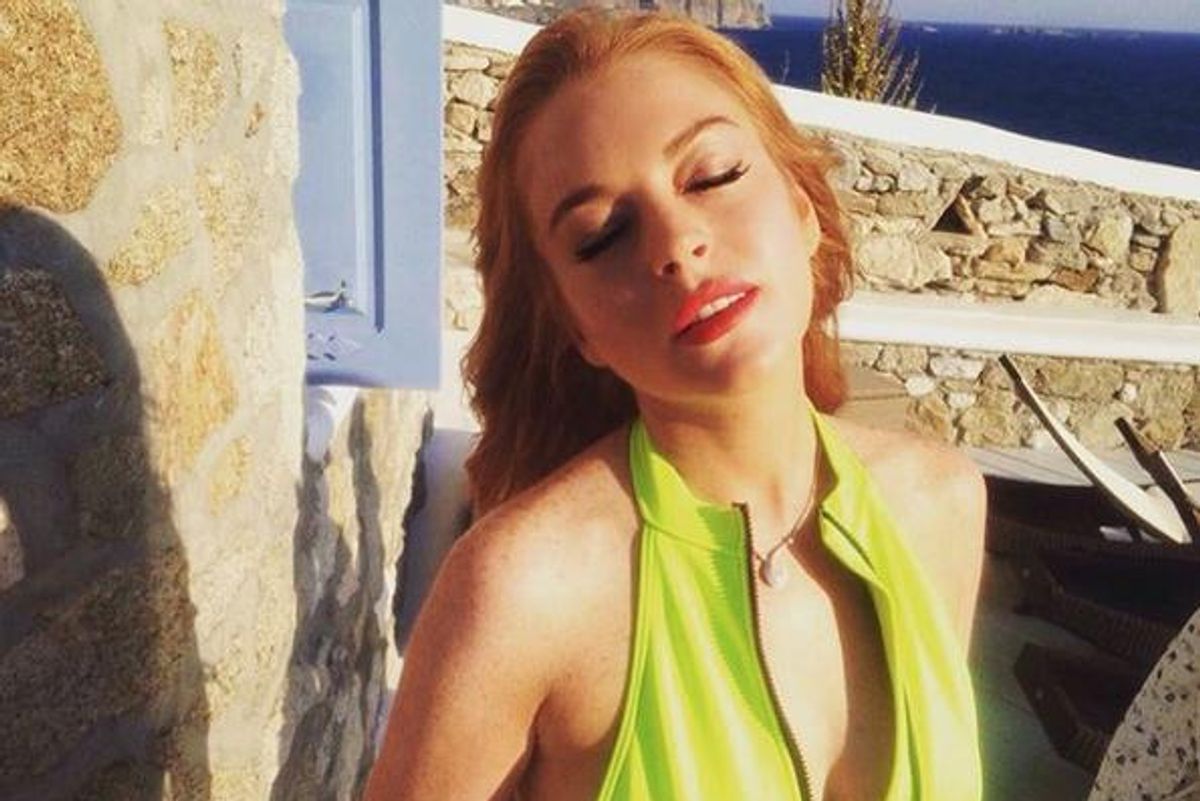 No One Wanted To Sponsor Lindsay Lohan's 30th Birthday :-(

Lindsay Lohan, our generation's charred auburn Joan of Arc, who died a thousand deaths for our teeming gawking, turned 30 years old on Tuesday.

The actress, who's kept it relatively low-key since moving to London a few years back, rang in the 3 decade marker in Mykonos, Greece, with two of her siblings, scattered family members (minus mama Dina), and her fiancé Egor Tarabasov.

Of course, it wouldn't be a LiLo joint without a little dab of violent melancholy: according to Page Six, the actress and her team could not land a brand to sponsor her big bash.

In the ivory fun-home mirror that is being a celebrity, you can actually get PAID by any number of businesses, magazines, etc, to have a birthday party. Imagine!

It seems Linds' turbulent decade has made her a branding liability.

Page Six says, "They put together a one-sheet [proposal] of sponsorship opportunities, but nobody bit. She's worked hard to reform her image, but nobody's interested."

To put things in perspective, ten years ago, Life & Style Weekly paid the formerly-highest paid actress of her generation a staggering $100K just for being 20 damn years old.

Regardless of the cattle-brand reminder that nothing is permanent, Linds didn't seem too glum; she WAS in Greece, after all.

She also posted this little ditty from the Quran.

I am glad you are still alive, Lindsay.