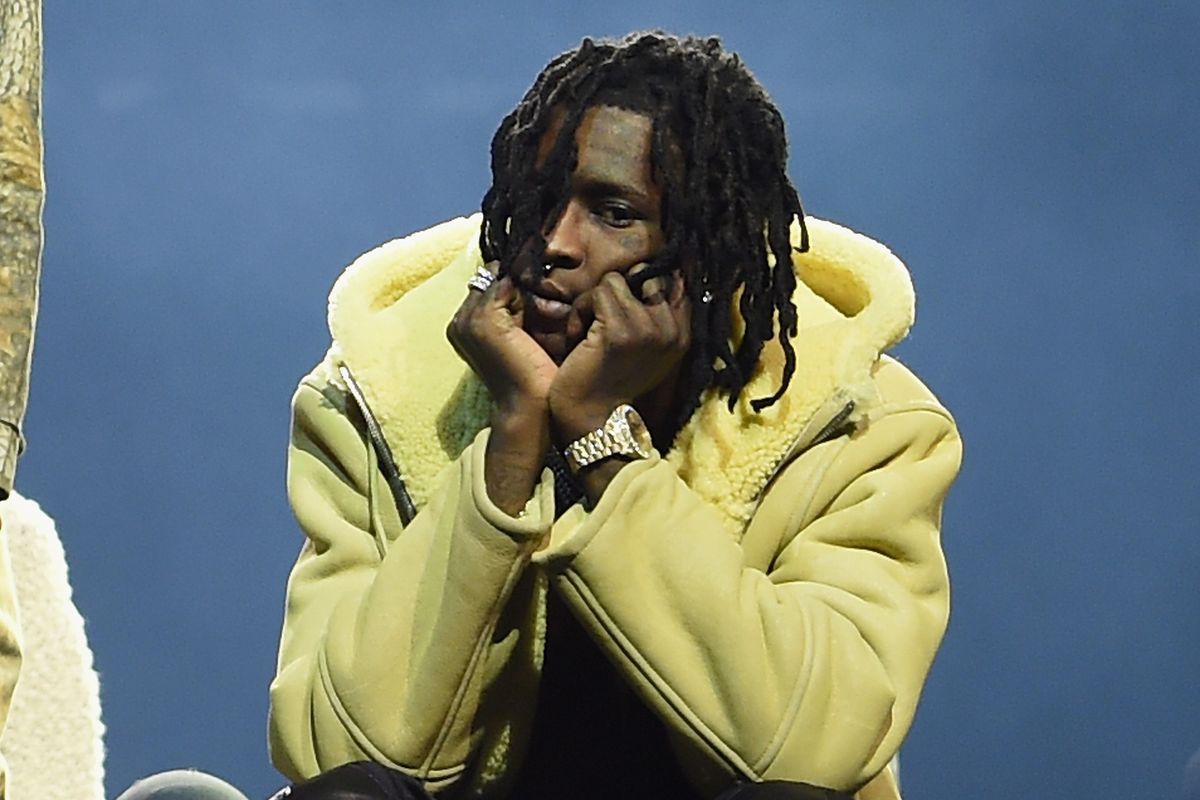 No One Told Young Thug He Won a VMA

On Sunday night, Young Thug won his first VMA for "Best Editing." He didn't know, just like he clearly didn't know the 100k video in question ("Wyclef Jean") was going to turn out — because when he never showed up to shoot.

Ryan Staake, whose name we know now because he made sure we did (the magic of editing!), directed the video for Thugger, and did what one can only describe as a visual "Frank Sinatra Has a Cold"-level write-around when the star didn't come through. At the time of its release the video was covered by most outlets (many of which questioned whether or not the concept was a publicity stunt) and subsequently went viral.

When "Wyclef Jean" did drop, Thug did the bare minimum to promote it, indicating that the video was probably genuine. The trophy Thug took home from the VMAs — which was clearly awarded to producer group Pomp&Clout for their ability to make something out of nothing — had very little to do with him, but that didn't stop him from making his acceptance speech.

You gotta love it!