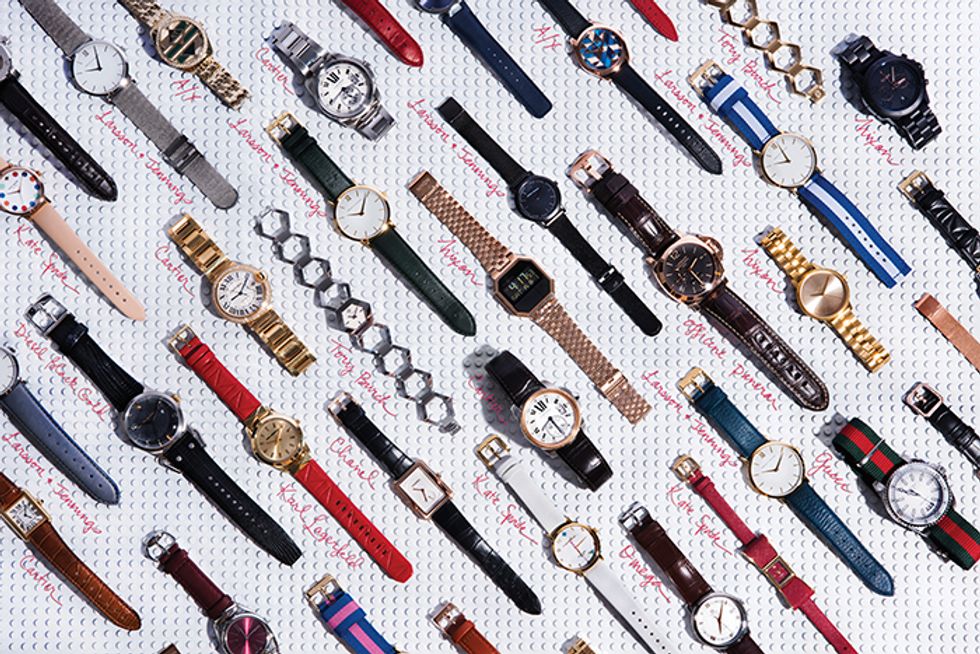 "No matter how old I get, I feel 25:" Kathy Griffin On the Luxury of Time

Chatting with Kathy Griffin requires letting go of any preconceived notions of time and space. You'll end up somewhere good, but there's going to be a lot of whiplash detours along the way. It's a testament to Griffin's prowess as a stand-up performer (with a Guinness record-breaking tally of stand-up specials), reality-TV star and celebrity bigmouth -- one whose fan base has ballooned since she started gabbing directly with them via social media in recent years. But as I learned during our call, Griffin's rapid-fire online engagement with her audience also comes with its own pitfalls -- something she has learned, like so many of her life lessons, the hard way. Here she is, in her own words.

Maserati o'clock
The time thing is truly something you have to learn. Earlier in my career, I didn't quite get that good shit actually does take time. I used to make fun of these middle-aged guys in L.A. with their Maseratis. And now I have one. I realized, "Oh! I had to be old before I could get a Maserati." I couldn't afford one when I was a temp and I was 25.

Releasing the Twitter-kraken
I have a love/hate relationship with social media. I see certain things on the news or I hear through the grapevine that someone has "gotten in trouble" for what they said on Twitter. I feel that, frankly, if you're a comic, you really do get a pass. There aren't that many stand-ups and there are very few female stand-ups. You gotta give one group a pass to be inappropriate. If it's a comedian that someone is pulling up a joke from three years ago, don't even go there with me. It'll make me wanna be more outrageous. [But] I do have to limit myself, because sometimes I go a little crazy. I was doing this Twitter Q&A and it was after I had done two shows in Seattle and I couldn't sleep. I very innocently got a question, which was: "Who was the biggest douchebag in Hollywood you've ever met?" And I said, "Oh, probably Demi Lovato." And then all of a sudden people took it very seriously, and there were 23-year-olds in their parents' basement threatening to kill me. I'm now a little more savvy about who is out there.

Wild weeks and dinner club with Paris
I have a week coming up where I'm doing seven shows and they're consecutive. And on a week like that, I'm a complete vampire. Obviously I have to be at the top of my game at 8 P.M., so that's not when I want to be winding down. It's in my best interest to stay up till four in the morning watching a lot of very bad television so I can go on stage the next night and talk about which Duggar has decided that, because of a certain scandal, they're gonna be a missionary for a while outside of the United States. I do a shit-ton of talk shows. I'm also very into the dinner party sitch. I have a posse that I hang with in Beverly Hills. They're called the Loop Group, and it's everyone from Sidney Poitier to Jackie Collins to Michael Bolton to Paris Hilton. It's this crazy combo of people who are Beverly Hills mafia. The older folks I like the most -- the living legends like the Rickles -- because they have the best stories. But sometimes I'll put up with the kids. And by "the kids," I mean anybody under 90.

Tick-tock you don't stop
I am hardwired to be writing 24/7. My act is very improvisational and that's why I have done 23 stand-up comedy specials for television. I can't stop coming up with material because of the ever-changing nature of pop culture, politics, my own crazy family, some interaction I had on the way to the show in Knoxville, celebrities I met on a talk show. That is the great thing about the world we live in: it's fluid, and that's a comedian's dream. I'm constantly jotting things down. I'll wake up in the middle of the night and write something down. I'll put something in my iPhone in my notes. On the way to the show I have an old-fashioned notebook and I just jot things down that I see on the way there. I'm just kind of constantly thinking about the next show.

Forever 25
My good friend Cher said something to me that really rang true. She was joking around but she said, "I don't know what to do. No matter how old I get, I feel 25." And I really, really know what she was talking about. I feel the exact same way. I don't know what to tell you. I feel 25. I am definitely living the hope that, no matter what your real age is, you do whatever you feel like doing as much as you want. And if it's not fun, get out, because it all has to be fun. Earlier in my career I thought it was all about the achievements and being maybe a little too competitive, and now I realize it's really all about fun. Like, it took me time to get here but the more fun you have, the more success comes your way. I swear to God that's true.