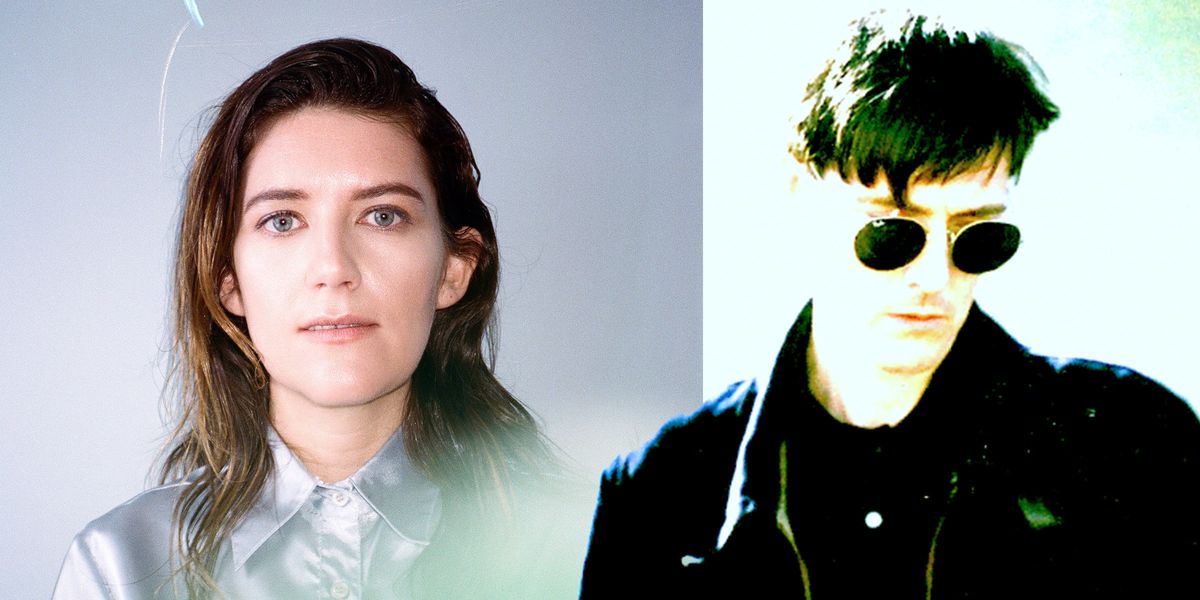 Spacemen 3 and No Joy Transport You to Electronic Paradise

The world needs love, sweet love — and a massive chill pill. Luckily, Jasamine White-Gluz of shoegaze rapture band No Joy has teamed up with Spacemen 3's Pete Kember to bring us that much-needed dose of relaxation, in the form the video for their first single,"Triangle Probably." White-Gluz and Kember's collaboration project, No Joy/Sonic Boom.

In the video, a wolf is our guide through a 3D vision quest, filled with strippers and a few '80s sedans traversing the desert. The wolf leads us through a forest fire, the brush covered in an eerie orange glow. The song itself a dizzying electronic trip, but without the melodrama of popular EDM; their synths are pared-down and allow us to zone out. There's an unmistakable Krautrock vibe, no doubt an influences from Kember's career in Spacemen 3, and as a producer for bands like Beach House and Stereolab. White-Gluz's voice floats above the controlled fray; her organic vocals are soothing next to the keyboard's clean notes.

No Joy/Sonic Boom's exploration of experimental noise and trip-hop is a refreshing change of pace for the two musicians, who are known for their rock. "'Triangle Probably' was the track where we went the most in depth sonically," she told PAPER. "[We built] the song around sounds rather than vocal hooks, which was the case for some of the other songs on the album. It always felt a little sinister to me, so combined with the bizarre video I think it really takes on a spooky world of its own which I love." These days, we're all living in spooky worlds, so let "Triangle Probably" be your soundtrack.

Their self-titled debut EP No Joy / Sonic Boom is out today on Joyful Noise Records, you can order the record on pink vinyl (!) here. Light a candle, burn some incense, and get lost in the video, below.