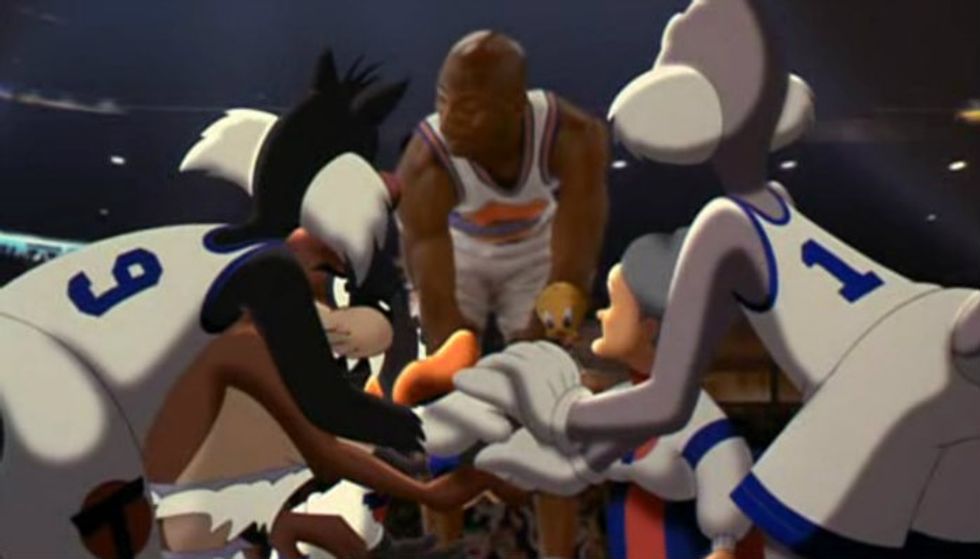 No, it's Not Too Early to Make Casting Suggestions for True Detective Season Three

by Eric Thurm
PAPERMAG
True Detective, season two is finally over. Poor Vince Vaughn, Colin Farrell, Rachel McAdams, and Taylor Kitsch are all good actors, but had their talents squandered on dialogue that was apparently so opaque it requires several thousand words to even mostly explain. Showrunner and bear Nic Pizzolatto has taken a perhaps slightly unfair amount of criticism. After aggressively painting himself as a "brooding, tortured masculine artist" and lashing out at the mere hint of reasonable criticism, he'd primed critics (and many TV fans) to respond negatively to the new season, which they did with glee.

Or, if not glee, at least a certain sense of righteous satisfaction. Time and intellectual space are limited, and in a medium with so much innovative material and where even network executives admit to content overload, everyone has to spend their nights writing and thinking about a bunch of brooding, boring cops created by a guy who consistently tells everyone who great he is? No one planning to seriously write about True Detective should have decided to bury Pizzolatto going into the season, but it's not surprising that he gave himself a much higher standard of quality, and, accordingly, not surprising that even The New York Times made a merciless video asking fans to try to explain just what was going on with this season (spoiler alert: they failed).

<br/><br/>If that's the case, then maybe Pizzolatto's best bet is to go all-in on <i>True Detective</i> season three as an intentionally campy, insane, melodramatic piece of trash. And since it's never too early to restart a new round of <a href="http://www.vulture.com/2014/02/the-best-of-truedetectiveseason2-meme.html"><i>True Detective</i> fantasy-casting memes</a>, we sat down and asked ourselves: Who should be in the balls-out, admittedly-terrible version of <i>True Detective</i> season three that, as of now, exists only within the minds of our fellow humans on the internet? Some possibilities:<br/><br/><br/><br/><font style="font-size: 1.25em;"><b>Hugh Grant, Zac Efron, and Morgan Freeman</b></font><br/>Grant plays the embattled older cop trying to give young hotshot rookie Zac Efron (who is also his son) a good experience for his first day on the job. Cult leader Morgan Freeman, who has built a religious community on a shared love of jazzercise, has other ideas. <br/><br/><blockquote class="twitter-tweet" lang="en"><p dir="ltr" lang="es">Elmo! <a href="https://twitter.com/hashtag/gogodididonyc?src=hash">#gogodididonyc</a> <a href="https://twitter.com/TwoPlaysInRep">@TwoPlaysInRep</a> <a href="http://t.co/1NUvjFpyet">pic.twitter.com/1NUvjFpyet</a></p>-- Patrick Stewart (@SirPatStew) <a href="https://twitter.com/SirPatStew/status/378569295417987074">September 13, 2013</a></blockquote> <script async="" src="//platform.twitter.com/widgets.js" charset="utf-8"/><font style="font-size: 1.25em;"><b>Patrick Stewart, Ian McKellen, and Taylor Swift</b></font><br/><i>True D</i> moves into sci-fi in this extended remake of the "Bad Blood" video, starring <a href="http://www.mirror.co.uk/3am/celebrity-news/taylor-swift-gets-very-excited-6084679">Stewart and McKellen</a> as aging freedom fighters (and mostly-true detectives) in a space dystopia trying to find the secrets of a brilliant young inventor who could undo the past (Swift).<br/><br/><br/><br/><font style="font-size: 1.25em;"><b>Everyone Who Has Ever Played the Leader of the Losing Crew in a Dance Movie</b></font><br/>This one is just a classic revenge story, with a fantastic soundtrack of early '00s jams.<br/><br/><iframe src="http://www.hulu.com/embed.html?eid=z0le8btp3qhcnssd0xvoga" scrolling="no" webkitallowfullscreen="" mozallowfullscreen="" allowfullscreen="" frameborder="0" height="394" width="700"/><br/><br/><font style="font-size: 1.25em;"><b>The Original Cast of The Real Housewives of New York</b></font><br/><a href="http://www.papermag.com/2010/05/countess_luann_delesseps.php">Countess LuAnn</a>, O.G. <a href="http://www.papermag.com/2012/06/sad_nora_ephron_news_in_todays.php"><i>Saved by the Bell</i> PA</a> Bethenny Frankel, <a href="http://www.papermag.com/2010/02/last_night_i_found_myself.php">Ramona Singer</a>, Jill Zarin and Alex McCord back together again and ready to stare wistfully across some water (because this season is a locked-room murder mystery and also it takes place on a fishing boat off the coast of Alaska). Just admit it. You would watch this. And love it.<br/><br/><font style="font-size: 1.25em;"><b>The Tune Squad</b></font><br/>If we're going to get a <a href="http://www.papermag.com/2015/07/how_i_learned_to_stop_worrying.php"><i>Space Jam 2</i></a>, let's get it with a little existential misery thrown in.<br/>
You May Also Like
Famous People