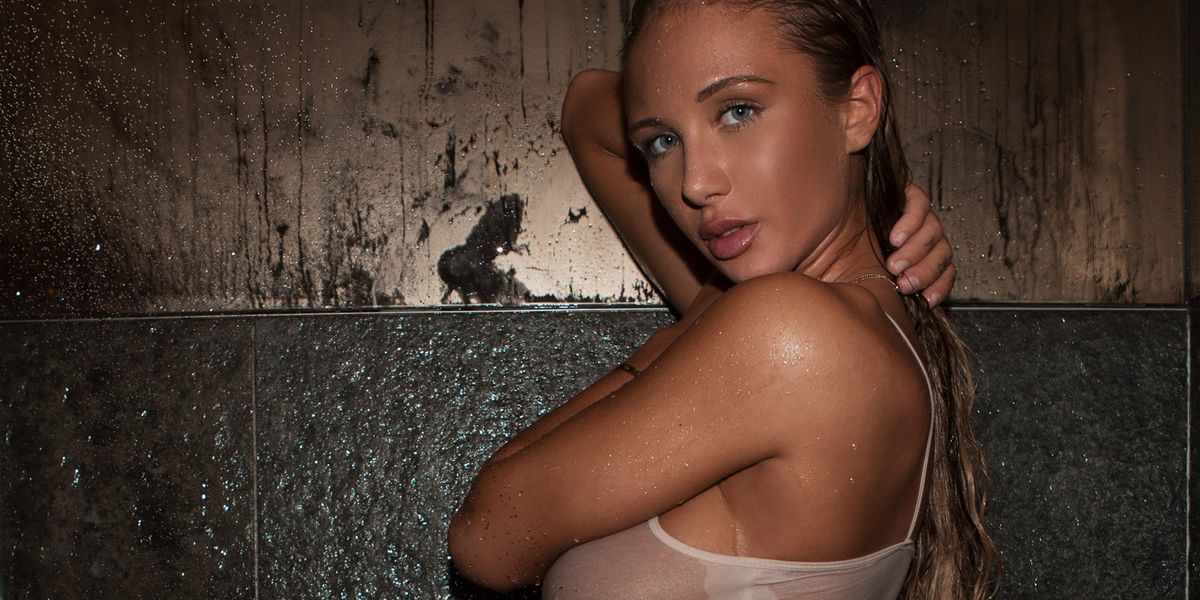 You may know R&B singer Niykee Heaton from her rise to Internet fame via a cover she did of Chief Keef's "Love Sosa" back in 2012 or through her soulful single "Bad Intentions," but more likely you know her because you've perused her Instagram page. The 21-year-old singer's Instagram presence has become, perhaps, more popular than her singing career, bursting with sexy snaps. However, Heaton is using her two million Instagram followers to her advantage. Where you might just see a hot woman in a bikini, she's sure to also be promoting her latest single or video along with it. You might have visited her Instagram for a hot pic, but you'll likely leave a fan of the Illinois raised songstress.

We spoke with Heaton about posting booty pics, being taken seriously as a woman, and the (almost unbelievable) fact that she started off an "ugly duckling."

Do you consider your social media persona to be the real you?

I feel like I try to portray exactly who I am over all of my social media platforms, but people don't really grasp who I am. They might take my captions wrong. They look, but they don't really see. I try my very hardest to be the person I am in real life online.

You obviously take a lot of sexier photographs, and taking provocative photos always seems to bring out the opinions. What's some of the trolling or slut-shaming you've experienced online?

I feel like the negative aspect of it is probably the worst part about having social media. It's really crazy how much hate I get. I feel like that's something that gnawed at me for a very long time. But if you don't have people hating on you, then you might have a problem because people probably don't really care. It's really crazy the amount of hate I get. They're saying things about how I'm exposing my body, but you can go to a model's Instagram who's showing more skin than I am, but they get a quarter of the amount of hate that I get. It's the fact that I'm a musician that makes people so angry. It doesn't make sense to me. People want you to choose. I feel like if I was like, "just kidding, I don't want to do music anymore I want to do modeling" people would be nicer to me.

I never really meant for my social media presence to be what it is. Growing up, I certainly never imagined myself being a model of any type—I wasn't the "pretty" or "popular" girl in high school. I was an ugly duckling for a very, very long time. It wasn't until my senior year in high school where I finally started to accept myself. I kind of grew into my body and look the way I look now. As I gained confidence, that's when I started to post pictures showing that. I didn't think there was anything wrong with that because my whole life I was taught to be self-loathing, hide myself and be self-conscious because I was bullied in high school. So, it was really crazy for people to be like, "You're just a model. You're just a ho. You're just a slut. You're just a pretty girl." I wasn't pretty my whole life: This is new to me.


How do you avoid internalizing being bullied on social media?

It's pretty impossible to avoid that completely because in order to do that you would just have to not look. A lot of celebrities have their managers or assistants running their accounts, which is totally fine, but for me it's so important to connect with my true fans to hear the nice positive things they have to say. In order for me to see that, I have to see all the terrible, mean things. That's what I hate most about this profession. Other than not looking, I think the only thing you can do is [believe] that the horrible, mean things people are saying aren't about me and they probably hate themselves. But it's very hard to not take it personally.

Do you ever feel like your social media presence overshadows your music?

I feel like that's something I have to deal with a lot. I try and balance it. I try to post a bikini photo, and then I post a link to my Soundcloud too. It is a balancing act, but you just have to make sure people know who you really are. If I have something that draws people in, then why not use it to my advantage? Like, people probably heard of me because I post booty pics. Okay, well you're on my page, but then you see my Soundcloud link and then you turn into a fan. So, why not use it?

For sure. That makes sense. If your social media presence wasn't what it is now, would you be fine without it?

Honestly, I would be happier if I didn't have any kind of social media. I honestly hate Instagram. I use it because I have to. I wish I could delete my Instagram. That site doesn't do anything for me because I like who I am and I don't need any sort of validation to accept myself. If that's what I had the platform for, then I'd probably end up hating myself because of the amount of hate I get. I don't really post the provocative or bikini photos to get a reaction or to have people tell me I'm "pretty" or I'm "hot." I feel like I continue to do it because that's what people expect or want from me and I need to keep them coming back for me, but it's also about the insane amount of messages from young girls thanking me because they didn't have any sort of confidence and they hated the way they looked and they found strength through my confidence. So, I do it because of that.

Has your social media presence been helped or hindered you being taken seriously by other musicians or music industry executives?

Oh yeah. Totally. Even if I didn't have a shit ton of followers, just looking how I am, being a female and being young, I'm not taken seriously at all. Neither is my manager, because she's a young, attractive female too. That's what's so sad about society. They perceive you a certain way. It doesn't matter if you won a Nobel Peace Prize or have a 160 IQ, if you're a pretty girl, you're a dumb bitch. It's something I would deal with if I had two followers or two million.

What's the weirdest social media account you check most regularly?

I think the weirdest account that I love to check up on is @rapperswithpuppies because it's the best of both worlds. What more could you want?

If you were using Myspace today, who would be in your Myspace Top 8?

Oh my god. I don't have any friends. It would probably be my manager Lauren and Lauren's dad. If my life depended on it and I had to find five people to go to a party, I probably couldn't. People think that I'm this party girl and I go out every night, but I'm hanging out in the quietest part of South Florida with my animals and manager, going to buffets and watching Family Guy. We're so boring.

On the music front, you just released your mixtape The Bedroom Tour Playlist. Are you working on new music?

Yeah. The playlist I just put out is a collection of songs I've been working on for the past three years. Most of the music before that was pretty old to me. It was a weight off my shoulders to finally put that out, but I have a shit ton of music I've been waiting to record and finalize. I would love to put out a mini summer project—like three or four songs—but that might be for the album coming out maybe at the end of this year.