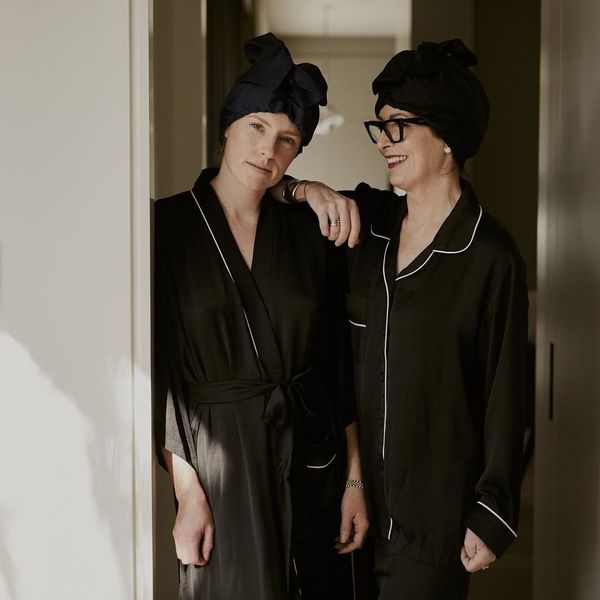 When Sarah Marantz Lindenberg, a white woman and founder of Nitecap, a company that creates silk hair bonnets, claimed to have come up with the accessory, the internet erupted. The entrepreneur quickly caught flak after trying to sell the product as a revolutionary hair accessory for $98, no less.

The issue first came to public attention when Lindenberg, in an interview with Fashion Magazine, seemed to have talked about her gentrified version of an otherwise cheap product while dismissing the fact that Black women have been wrapping their hair forever.

"I was preparing for my wedding and like a lot of brides, wanted everything to be perfect. My skin was breaking out, and I have quite long hair," she said. "A dermatologist recommended that I sleep with my hair pulled back. Another physician recommended I try silk scarves and I had fun playing around with them, but they didn't stay on."

It has some of the same features as a silk pillowcase: prevents breakage and frizz, and preserves blowouts. https://t.co/3NZ3gp9JTR
— FashionCanada (@FashionCanada)1563591600.0

The article further states she "came up" with the idea "after much consideration, conceptualization, brainstorming and borderline obsessive research." She added, "I literally measured the heads of every person I interacted with."

Naturally, the story blew up online with several posts calling Lindenberg out for cultural appropriation.
"(Un)believable, @fashionmagazine. Black women have been wearing their hair in bonnets for DECADES, and this woman's product is written about as though it's some sort of innovation," one Twitter user wrote.

Another added, "Please stop appropriating everything from Black people, pretending you invented it, then charging tons of money for it. Those are sleep bonnets, and they've been available in every beauty supply store since forever."

(Un)believable, @fashionmagazine. Black women have been wearing their hair in bonnets for DECADES, and this woman’s… https://t.co/bK8d8IXqvf
— Claire (@Claire)1563659226.0

The intense backlash eventually caused the company to issue an apology. "NiteCap was developed because I was searching for a product that looked and performed exactly the way I wanted, for my personal use," Lindenberg wrote on her Instagram.

"It was important [to] me that the product was produced locally in Canada and made from natural fabrics.‬ A small business grew quickly, but in the process, I failed to connect it back to the broader historical context.‬ ‭We stand with those who are hurt, and we respect and hear their voices. We're committed to honoring the historical significance of hair wrapping and this will now be part of our approach."

Aside from having hair bonnets as part of their beauty routines for centuries, at one point hair wrapping was legally enforced on Black women across several parts of America since their natural state of hair was considered "inappropriate" and "offensive."

*Correction 7/25/019: The original article incorrectly stated Sarah Marantz Lindenberg said she "invented" the hair bonnet, which has now been amended.