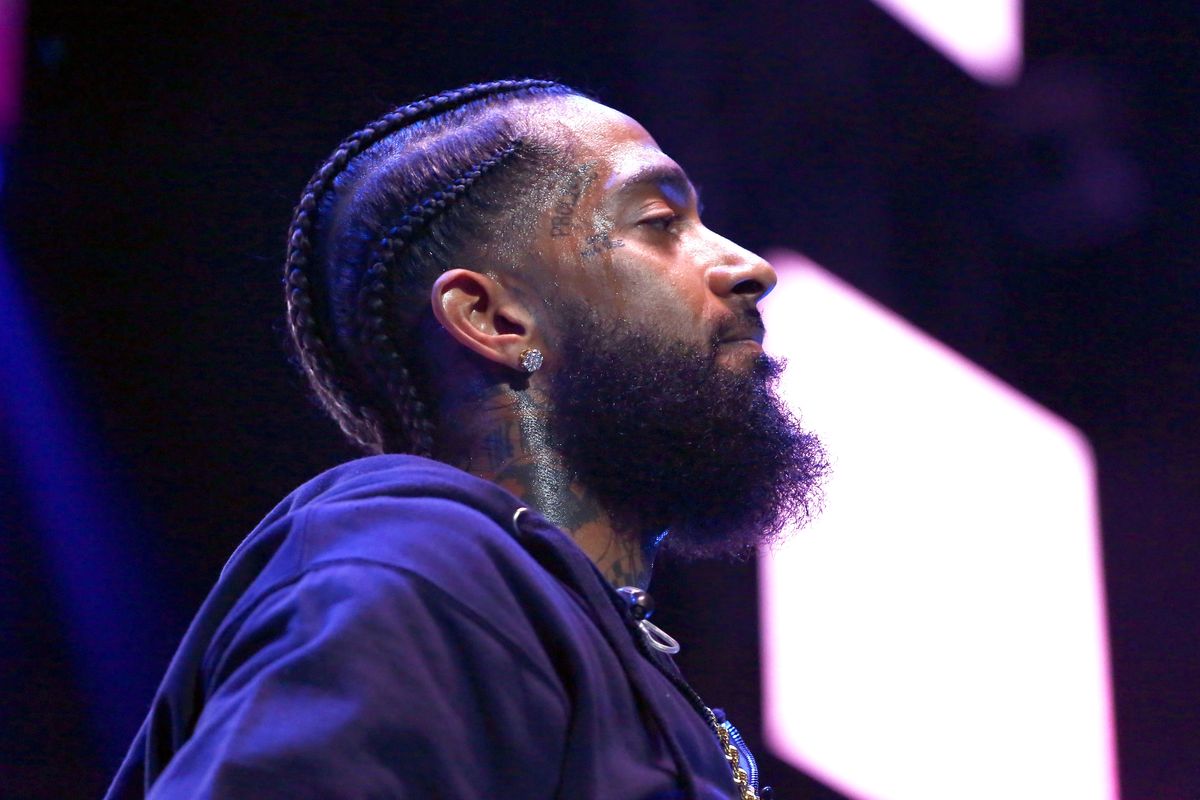 News of activist and rapper Nipsey Hussle's murder at the end of March shocked both his community in Los Angeles and fans around the world. Hussle, born Ermias Asghedom, was revered by his peers and fellow community members for his dedication to spreading a positive message to South Central LA and investing in Black businesses. He was shot in the parking lot of his store, The Marathon Clothing, on March 31, 2019.

Today, April 11, 2019, members and non-members of the streaming platform, TIDAL, will be able to watch Hussle's funeral service live from the Staples Center and pay their respects to the fallen activist. The service is being called a "Celebration of the Life & Legacy of Nipsey Hussle," and will be followed by a procession through the city.

This is the line to get into the Staples Center for Nipsey Hussle’s memorial https://t.co/wQeGRITg1f
— Steve Saldivar (@Steve Saldivar)1554994025.0

Fans began lining up early Thursday morning outside the Staples Center, many wearing shirts and hats with Hussle's name and image on them. Celebrities also voiced their shock and expressed grief over Twitter. Fellow rapper The Game even got a tattoo of Hussle on his chest in remembrance.

"Celebration of the Life & Legacy of Nipsey Hussle" can be streamed below beginning at 1PM ET/10AM PT.