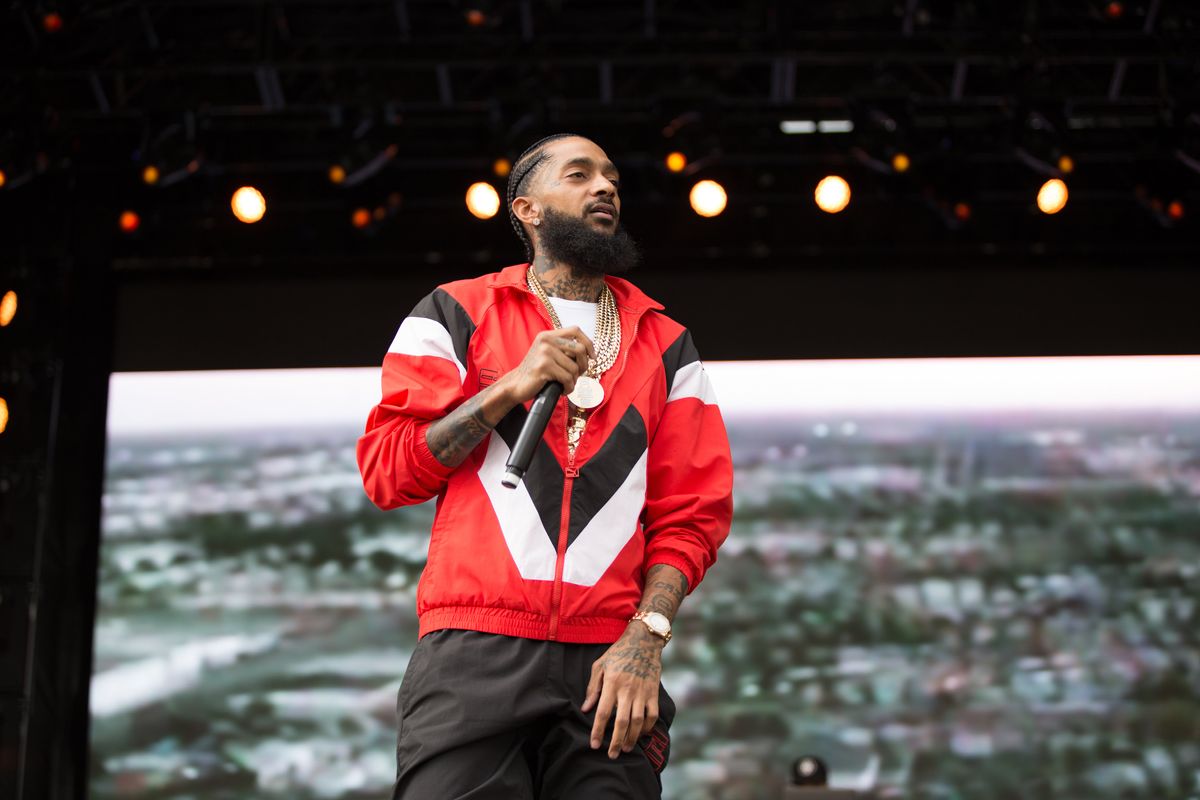 John Legend may have let Yeezy off easy, but Nipsey Hussle isn't having any of it. The rapper made sure to make that clear at the end of his set at Broccoli City's Broccoli Fest.

He called out Ye without actually saying his name. Nipsey flashed his fellow hip-hop artist's photo wearing the MAGA hat on the large screens onstage during his performance of his 2016 hit "Fuck Donald Trump!" And in the middle of the song, he said, "N---as our here wearing MAGA hats. I ain't feeling that shit." The crowd booed Kanye, and cheered in agreement with Nipsey.

And while this was a direct hit at Kanye, activist Emma Gonzalez seems to have taken a more discreet approach. Moments after Yeezy tweeted calling the "Match For Our Lives" teen activist his "hero," Gonzalez tweeted "my hero James Shaw Jr." A subtle subtweet for the artist, and a shoutout to the Waffle House shooting hero—two birds down with one stone.