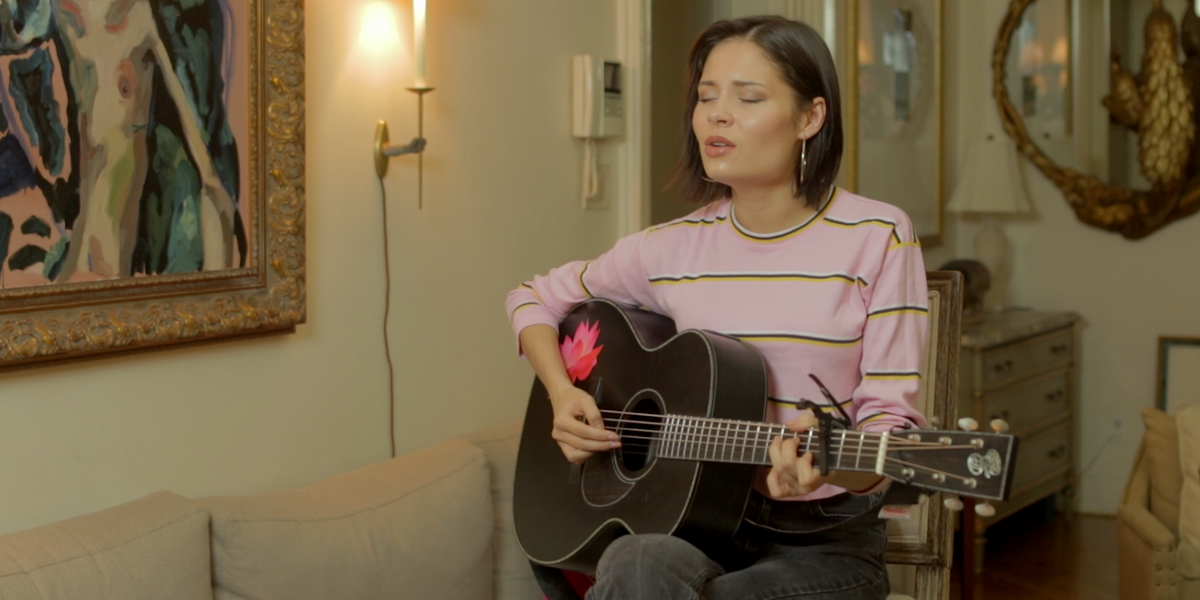 Singer-songwriter-producer Nina Nesbitt stopped by the PAPER Penthouse to perform acoustic versions of her songs "Somebody Special" and "The Best You Had."

The Scottish singer got her start uploading videos to YouTube. Now 23, Nesbitt was discovered by Ed Sheeran when she was just 17 years old. Her searing folk-pop quickly made its mark on the charts, with her 2014 debut album, Peroxide, reaching number one in Scotland.

In her PAPER Penthouse performance, her gorgeous falsetto flits across staccato guitar as she captures the specifics of both all-consuming heartache and the rush of new love.

Watch below and check out the dates on Nesbitt's upcoming tour here: