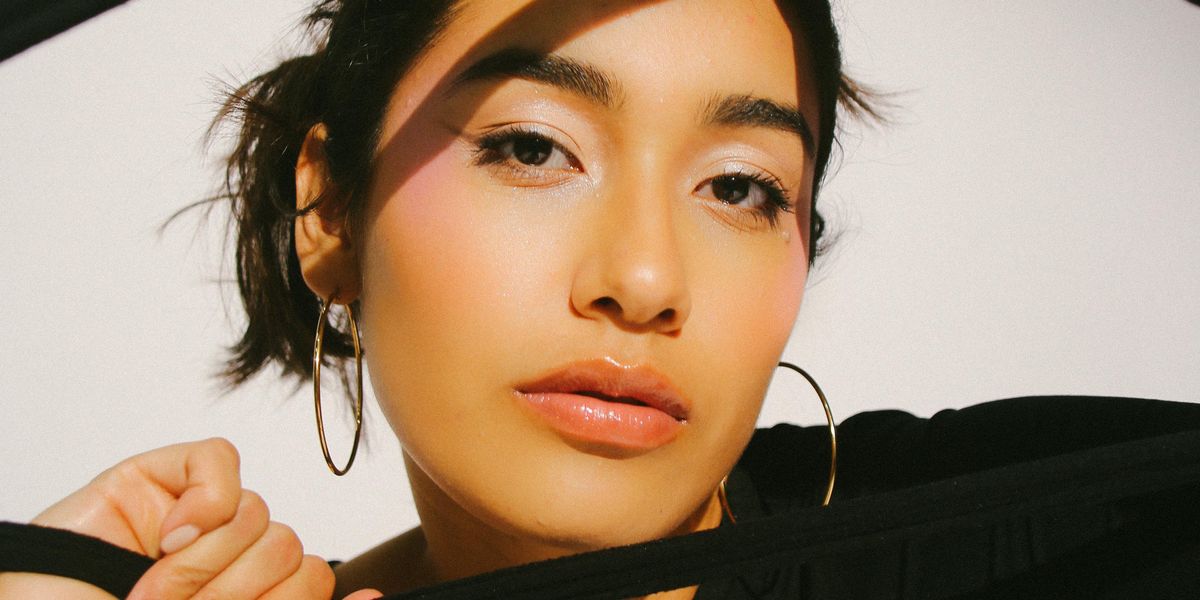 Niko Rubio's Instagram bio reads, "La Princesa del Mar," which isn't an exaggeration. Raised driving down the Pacific Coast Highway, the rising musician says the "Pisces in me drew me to the water," and the "princesa" follows naturally. This all seems to suit her, though, and her tracks infused with waves of indie-rock and guitar riffs (in the most Californian style, of course).

Her new single, "Bed," does the same, as Rubio indulges in her own escapist fantasies. "I like it when you say my name/ Tastes like candy on my brain/ I'm so dumb for you, love"). The accompanying visualizer is just as mesmerizing and builds off a project she says captures her favorite feelings, from "growing up" to "falling in love" and "driving by the water."

Rubio wrote the song "about a culmination of encounters with men," despite being "very much in love" with an "amazing" guy now. "I think I was just feeling myself and wrote a song about wanting a guy in my bed ASAP and then wanting him out of there ASAP," she says. "You know the vibes?"

Below, PAPER caught up with Rubio about everything from "Bed" to Banda music.

You mention that a lot of your music is inspired by California, from Palos Verdes to PCH. What was it like to grow up in California and what parts of that experience — good or bad — do you aim to capture with the project?

I grew up in the South Bay of Los Angeles, yes. My mom had me at 19, so I moved around a lot during my childhood, which was hard but was also an adventure at times, too. No matter where we ended up, I was always close to my grandparents and could spend the weekends there, which is how I learned to speak Spanish. Living near them was really important to me and integral in understanding my Mexican culture. Similarly, the Pisces in me drew me to the water early in life. The ocean made me feel whole. My mom and I would drive or take the bus to the beach, so I could be near and play in the ocean. I really want my project to give off a lot of the feelings I get from the memories that make up my story: Growing up, falling in love, driving by the water. Those are my favorite feelings.

You've also emphasized Linda Ronstadt as an inspiration to you, alongside mariachi and banda music. Is there anywhere these influences show up in your upcoming work?

I love Linda because she was one of the first Latinas to basically say, "Screw everyone! I'm making rock, pop, funk and then I'm gonna give you a full album of Mexican classics. No one can box me in." Seeing her discography gave me hope that I could one day hopefully do something similar and that there are no boundaries for my dreams. I'd love to do Banda and I hope to find the right person to collaborate with on that. I always want to be respectful of and honor the culture, while still doing it my way. I have yet to know what that looks like though, because every time I try I feel it's not good enough, but I'm going to keep trying.

We love your Spotify playlist, "every genre collection." Do you see your work as belonging to any particular genre, or any combination of genres?

My music taste is so all over the place that it almost makes no sense. Early on, it was all about Paramore and Green Day and Linkin Park. My mom had me young, so I guess I was going through the pop punk/ rock phase with her. When I was 11 or so, I discovered Twenty One Pilots, Lana Del Rey and Tyler, the Creator, and never looked back [laughs]. I guess my genre of music according to the categories on DSPs would be singer/ songwriter because I write my music, maybe? Who knows? Honestly, fuck genres! I'm gonna make a sound bath album.

"Bed," in particular, is a sultry, rock-infused track. What was the inspiration behind the song?

"Bed" literally is about a culmination of encounters with men. I could literally stare at a hot guy at the grocery store and write a song about him as if we were fully in love. I mean, I feel like everybody does that, right? [Laughs] Honestly, I think I was just feeling myself and wrote a song about wanting a guy in my bed ASAP and then wanting him out of there ASAP. You know the vibes? But now, I'm very much in love with a fabulous and amazing guy, so those are no longer my vibes.

"Bed," alongside your other released tracks, "You Could Be The One" and "I DREAMT ABOUT YOU AGAIN LAST NIGHT..." seems to be part of a larger story about love, lust and heartbreak. Do you see your debut project as a cohesive narrative?

The EP is full of love, and all of the feelings that go along with being young and in love. I'm very much in love. I kinda like writing about the present and what's happening in the moment. The project is supposed to feel as if you're driving down the Pacific Coast Highway. I wanted the project to be more cohesive in emotion and story, rather than sonically.

What was the creative process behind the "Bed" visualizer?

The creative process for "Bed" was so fun. I worked with my creative director Lauren Dunn, who is amazing, and one of my closest friends Redamo Rosa, who helped do creative and shot and edited the whole thing. Lauren and I sat down and came up with the idea of making a metaphorical "bed," which in this case was a bed of flowers. I love the way it came out. Plus, I got to wear cute Levis jeans and free the nip [laughs]. Lauren and Redamo are amazing, and really let me take charge on clothes and encourage my input creatively. It's really a great collaborative effort even though they are really the creative geniuses.

We hear you'll be joining OmarApollo on the Desvelado tour. Are you excited?

I have loved Omar's music for years now, so it feels like a dream to be able to go on tour with him. Embarrassingly enough, I DM'd him on Instagram back in 2018 when I heard his single, "Ugotme," to tell him that i was a huge fan and he never responded, which I expected. But I'm a firm believer of speaking things into existence, so I guess everything works out in the end and this was just when it was supposed to happen. This is the first time I've ever gone on tour, so it's wild that my first tour is this one. To be honest, after what a crazy year it's been, I'm just so blessed to be able to even go on the road and tour. I cannot wait to see people's faces in the crowd.

What can we expect next?

You can expect my EP coming out this summer, which I'm so excited about. I'll definitely be releasing a few music videos and also content while I'm on tour.