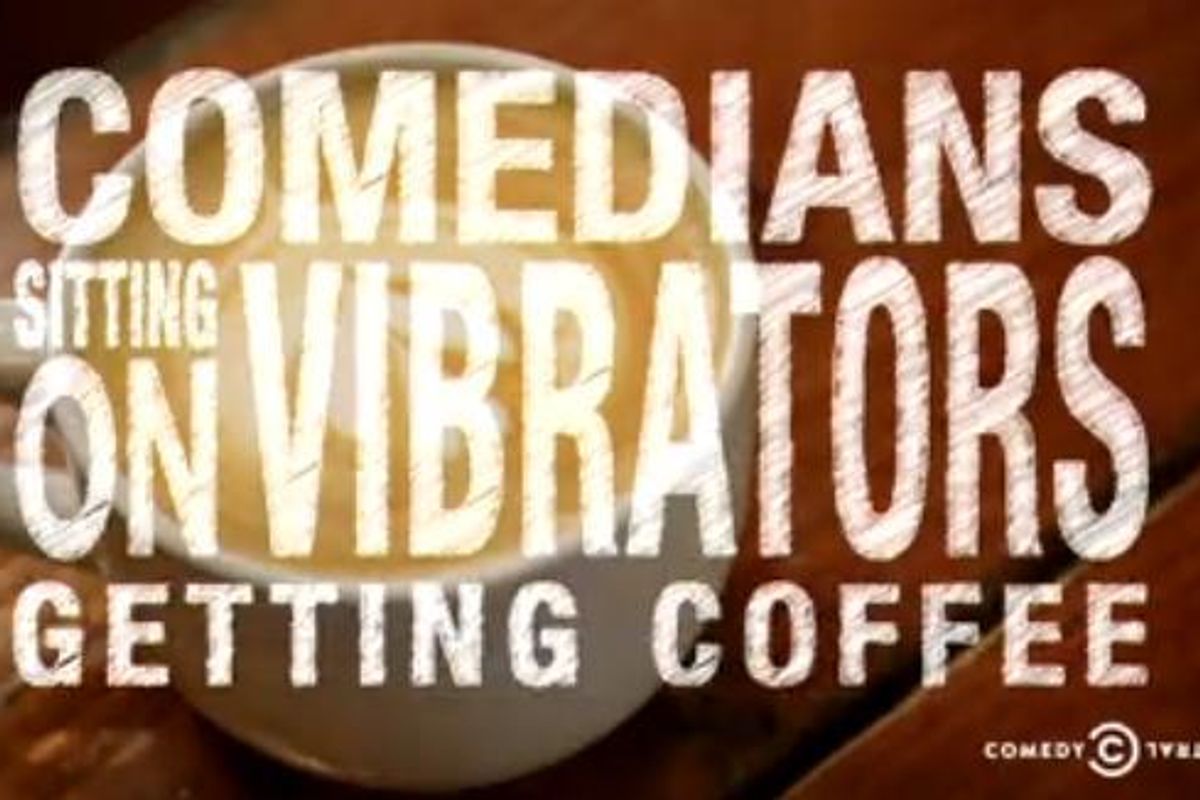 Last night's episode featured one of the funniest things offered up on TV this year.

Pairing up with the amazing Sara Schaefer--fellow comedian and former co-host on MTV's Nikki and Sara Show...

The premise is literally just that: Glaser and Schaefer sit on Magic Wand vibrators (controlled by outside forces) at a busy coffee shop, and chat about everything from comedy to squirting--all while attempting to maintain their respective composure amidst said-rumblings below.

You'll be weep-laughing by the first 30 seconds.