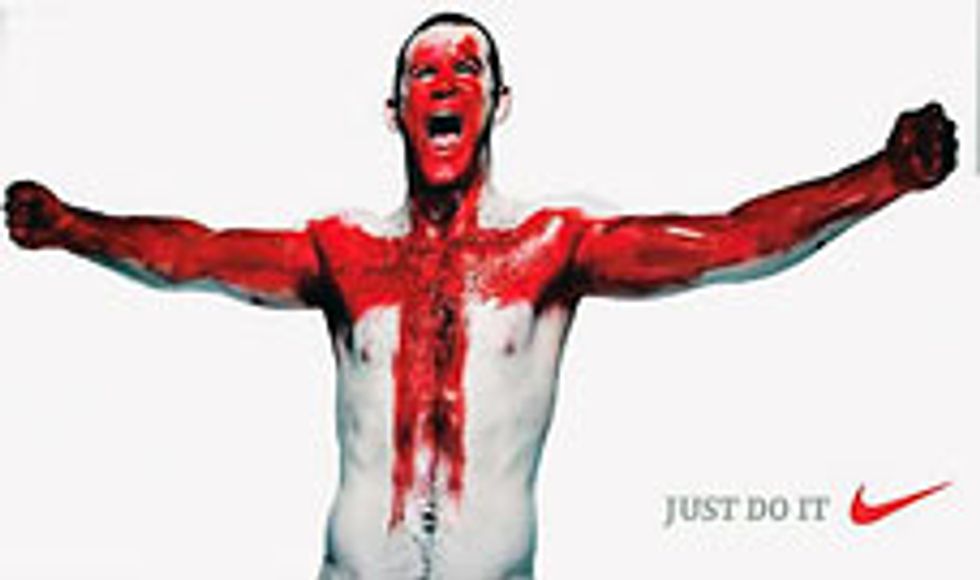 The advertising world continues to push buttons, this time it's Nike and a controversial ad campaign they're running in England in conjunction with the World Cup,

People complained on religious grounds as well as for what appears to be glorification of violence.Striker Wayne Rooney was injured and a doubtful starter. The ad was created to celebrate Rooney's return.

The good news is that most of the comments on the Daily Mail site where the story appeared seem unconcerned by the response of official outrage. They seem to like it!