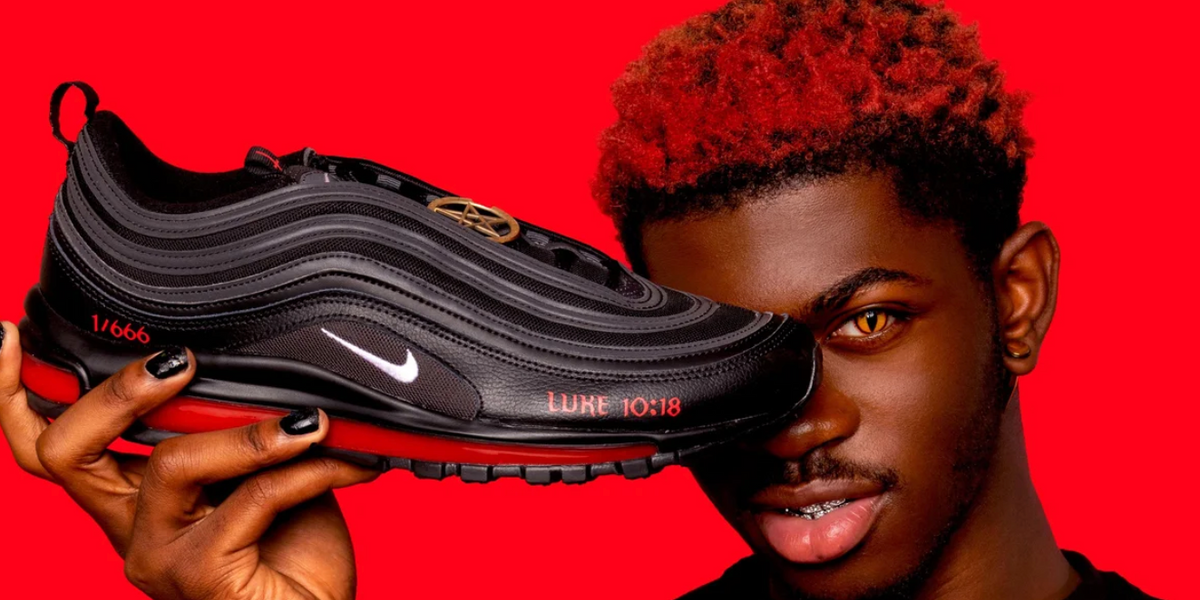 According to a new report from The New York Times, the sneaker giant has agreed to drop the suit against MSCHF after the Brooklyn-based company said they would accept returns of the 666 pairs of shoes that were released in tandem with Lil Nas X's viral "Call Me By Your Name" music video. The sneakers — which included a drop of real human blood in the sole of the Nike Air Max 97s and retailed for $1,018 — were a follow-up to MSCHF's holy water "Jesus Shoe."

The "voluntary recall" was instated after a US District Court judge granted Nike a temporary restraining order against MSCHF in the trademark infringement and dilution lawsuit. MSCHF is also accepting returns of the "Jesus Shoes," which were altered "without Nike's authorization," according to a statement issued on Thursday by the footwear company.

"Nike had nothing to do with the Satan Shoes or the Jesus Shoes," Nike continued, before saying that they wouldn't be responsible for any "product issues, defects, or health concerns" that may arise for those who decide to keep the sneakers.

In response to news of the settlement, MSCHF's attorney David H. Bernstein told The Times that while he would not elaborate on the specific terms of the settlement, the purpose of them were to "comment on the absurdity of the collaboration culture practiced by some brands, and about the perniciousness of intolerance."

"However, having already achieved its artistic purpose, MSCHF recognized that settlement was the best way to allow it to put this lawsuit behind it so that it could dedicate its time to new artistic and expressive projects," Bernstein said in the email statement, adding that MSCHF was originally going to argue that the shoes were protected under the First Amendment. Bernstein also revealed that all the shoes, except for one pair, had shipped before Nike's restraining order went into effect.