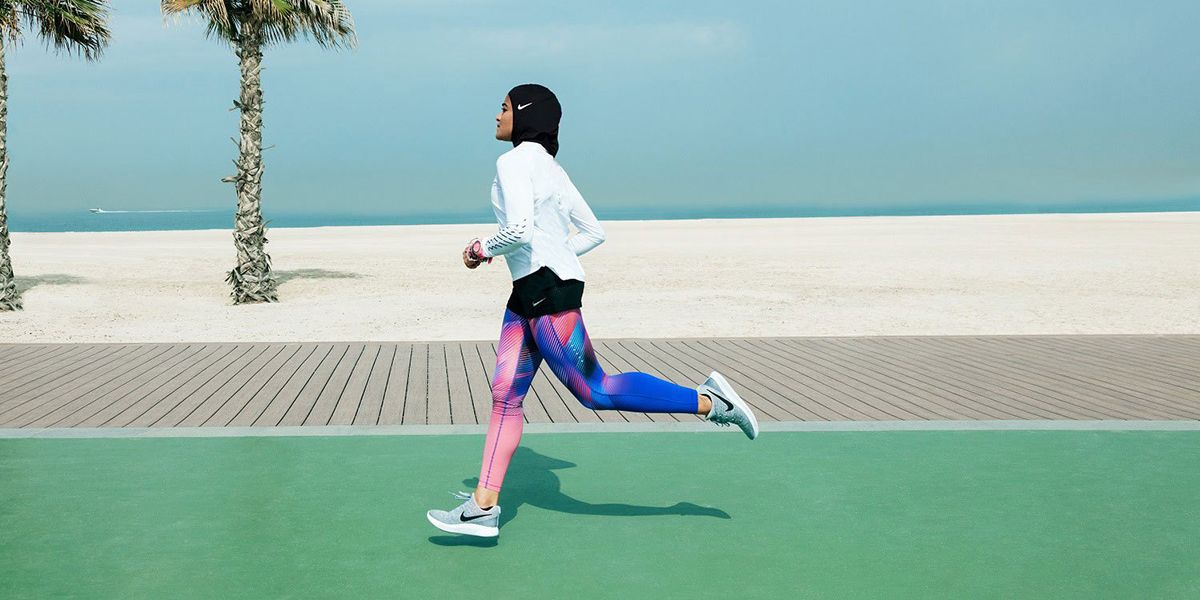 Nike is on such a roll! Just last week they introduced their first ever plus size collection for women, and today they announced the launch of a performance hijab for female muslim athletes. Nike explained in a statement, "the Nike Pro Hijab may have been more than a year in the making, but its impetus can be traced much further back, to an ongoing cultural shift that has seen more women than ever embracing sport." The Pro Hijab is made of a light mesh with tiny holes for optimum breathability, and its development signals a pretty major stride towards inclusion and diversity from one of the world's most influential brands. The release of the hijab was teased in a chills-inducing ad campaign featuring badass female muslim athletes like Tunisian fencer Ines Boubakri, emirates figure skater Zahra Lari, and the Jordanian boxer Arifa Bseiso which you can watch below for extra feels. The Pro Hijab is set to be released in spring 2018.