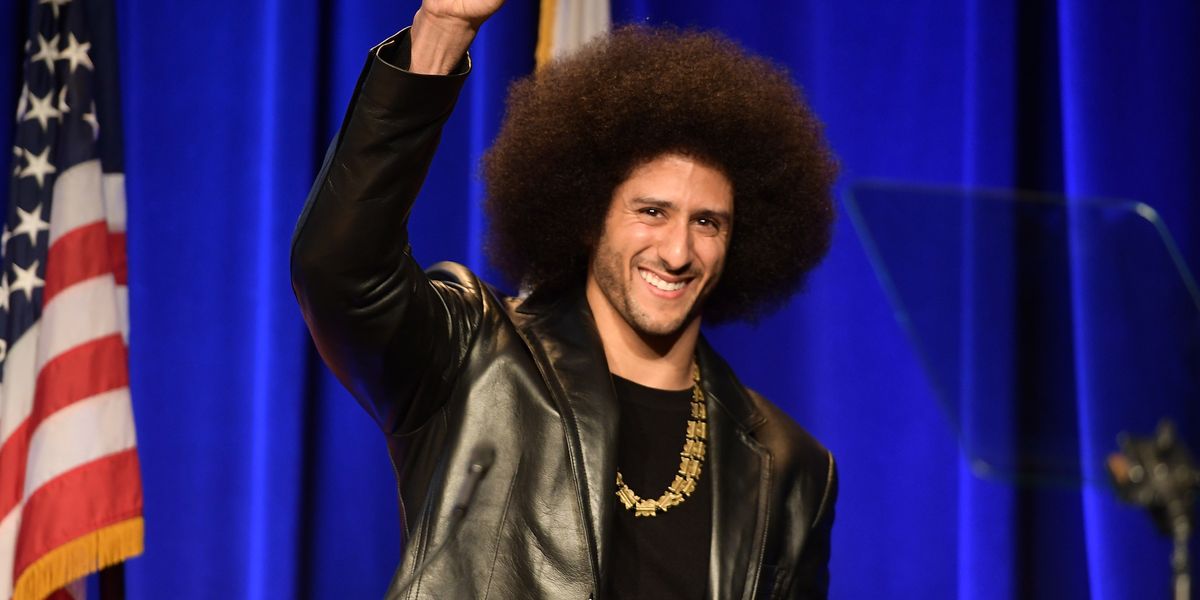 Nike has debuted a powerful new ad starring former San Francisco 49ers quarterback Colin Kaepernick — a bold move for the athletics brand in alignment with the movement of NFL players protesting during the national anthem.

Believe in something, even if it means sacrificing everything. #JustDoIt pic.twitter.com/SRWkMIDdaO

Kaepernick's last endorsement through Nike was in 2011, but he has notably not appeared in ads recently, as his protest movement gained momentum through the NFL in recent years. In response to the heat Kaepernick was receiving, he dropped out of the 49ers before they could cut him; he has since said that he believed the NFL was conspiring to keep him out of the league. Kaepernick has since been granted a full hearing by an arbitrator (to occur this game season), who believes the star athlete has enough evidence of the alleged conspiracy for his case.

Nike's inclusion of Kaepernick in the new ad campaign appears to be a savvy business move as well, as ESPN correspondent Jemele Hill points out (see tweets below). It has been reported that a multi-year deal is in the works, which will apparently include a new Kaepernick-produced shoe and T-shirt. Nike is also reported to be a donor to Kaepernick's "Know Your Rights" self-empowerment initiative, according to The New York Times.

I’m just here to remind folks that last year Colin Kaepernick was in the top 50 in NFL jersey sales, despite not being on a roster. Nike made a business move.

Nike became Nike because it was built on the idea of rebellion. This is the same company that dealt w/ the NBA banning Air Jordans. They made Jordan the face of the company at a time when black men were considered to be a huge risk as pitch men. They aren’t new to this.

Also worth noting: regardless of the Kaepernick endorsement and what it means politically and business-wise, Nike has a long-standing relationship with the NFL; the global entity is the NFL's official apparel provider since 2012 and will reportedly continue to supply uniforms to the league's 32 teams through 2028.

Further, when President Trump started attacking the league and its protesters last season, Nike responded with a statement, reading in part that it "supports athletes and their right to freedom of expression on issues that are of great importance to our society."

But of course because the Internet can't pass up a moment of controversy, and right-wing "lovers of liberty" are destroying their Nike merch in protest of the brand's inclusion of Kaepernick in its new ads, and posting it on social media. You can see a sampling of the insanity for yourself, below.

Our Soundman just cut the Nike swoosh off his socks. Former marine. Get ready @Nike multiply that by the millions. pic.twitter.com/h8kj6RXe7j

Others made a show of support of Nike's ads; the user below holds a flame over dozens of Nike shoes, before placing it in a candle, thanking Nike for having "good morals."

Otherwise, look at baby Serena Williams go. She and Kaepernick both are living proof that all of this — backlash included — are but a crazy dream until you dare to do something great.

Especially proud to be a part of the Nike family today. #justdoit pic.twitter.com/GAZtkAIwbk