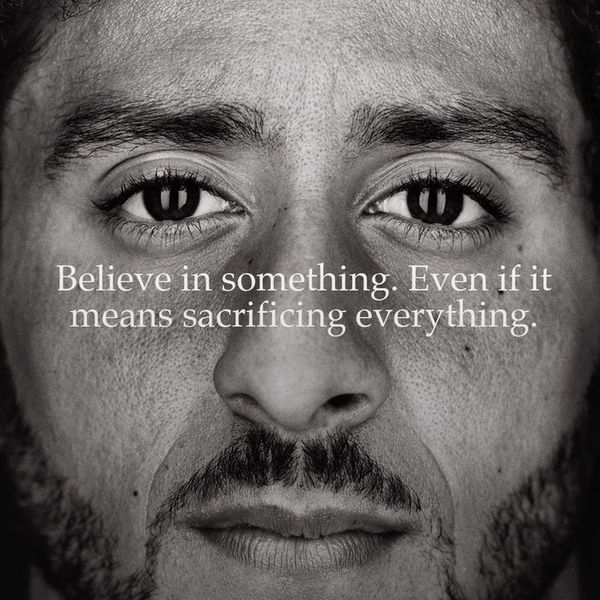 A Louisiana Mayor Is Trying to Ban Nike Products

Hundreds of people are protesting a new anti-Nike policy initiated by the Mayor of Kenner, an outer suburb of New Orleans. In the wake of Nike's new Colin Kaepernick-starring "Just Do It" campaign, Mayor Mike Zahn sent a memo banning local recreational clubs from purchasing or displaying any merchandise with the Nike logo on it.

"Under no circumstances will any Nike product or any product with the Nike logo be purchased for use or delivery at any city of Kenner recreation facility," the memo read. According to Nola.com, said memo made no explicit mention of the Kaepernick campaign. But the timing was pretty specific –– the memo was released September 5, two days after the official campaign announcement.

Local activists, sportspeople, and politicians have been quick to protest Zahn's memo. As the New Orleans Advocate reports, the Mayor of New Orleans LaToya Cantrell called the policy "out of step" with the city's values. The only black member of the Kenner City Council, Gregory Carroll, told the news outlet that he'd not been made aware of the memo before its release and was "100 percent against" a Nike ban.

The new Nike campaign is controversial to some for its use of former quarterback Kaepernick, who became a national symbol in 2016 after he started kneeling during the national anthem at the start of NFL games to protest racial injustice. While Kaepernick is no longer in the NFL, some players continue to kneel two years later.

My Brothers @kstills and @ithinkisee12 continue to show their unwavering strength by fighting for the oppressed! Th… https://t.co/xFjtB7fjv6
— Colin Kaepernick (@Colin Kaepernick)1536517546.0

Whatever suburban mayors think of Nike's decision to put Kaepernick's face on their billboards, you can't argue with the fact sales are up 31 percent.